We Have Seen the Lord

Have you seen Him lately? 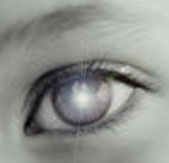 "The disciples were overjoyed when they saw the Lord." (John 20:20 NIV)

A week later his disciples were in the house again, and Thomas was with them. Though the doors were locked, Jesus came and stood among them and said, "Peace be with you!" Then he said to Thomas, "Put your finger here; see my hands. Reach out your hand and put it into my side. Stop doubting and believe."
Thomas said to him, "My Lord and my God!" (John 20:26-28 NIV)

After His resurrection Jesus appeared to many of His followers in a form that obviously was in some way different from how they had known him. At first, they all failed to recognize him.

Did He still bear the markings from the scourging?Were the scars so severe that He looked completely different?Had the time in the tomb changed him in some form?Had the disciples so totally missed his discussion of "rising on the third day" that they had not even an inkling of an expectation that they might see him again?Were they so confused, disappointed and discouraged that their eyes simply could not see him clearly?Or, had God some how blinded them to reality?

I do not have an answer to those questions. What I do know is that for some reason the disciples did not recognize Jesus after his time in the grave. What I do know is that there was a point when each one of them became aware that they were face to face with the risen Lord. Mary said, "I have seen the Lord." The disciples were "Overjoyed." Thomas said, "My Lord and My God." Peter jumped out of the boat and swam to shore. With that realization life changed for them. When they saw the risen Lord, their lives were changed.

What can we do?

Keep looking. Even though the disciples did not readily recognize Jesus, they did go to the tomb. Something compelled them to go even when they thought all hope was lost. When the news began to spread that He had risen, even though it did not make sense, they kept their hearts open and finally they all said, "We have seen the Lord!" With that, their lives were changed.

Keep looking. Keep hoping. Don't stop believing that what seems to be impossible may be possible. When you do, you will see Jesus, and others will see Jesus in you.

We have seen the Lord!

"We Have Seen the Lord" by Tom Norvell is licensed under a Creative Commons License. Heartlight encourages you to share this material with others in church bulletins, personal emails, and other non-commercial uses. Please see our Usage Guidelines for more information.