Do we really need to remember this? 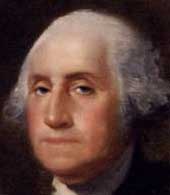 I urge you, first of all, to pray for all people. As you make your requests, plead for God's mercy upon them, and give thanks. Pray this way for kings and all others who are in authority, so that we can live in peace and quietness, in godliness and dignity. This is good and pleases God our Savior, for he wants everyone to be saved and to understand the truth. (1 Timothy 2:1-4)

Many Americans look forward to Presidents Day weekend because it means they have a day off from work or school. However, some seem to have forgotten why it is a holiday — fewer states and municipalities sponsor celebrations of any kind and the focus has shifted to retail sales.

Originally designated for a memorial of Washington's birthday, the day has sadly dwindled from what it once was. Some would argue George Washington's legacy is no longer relevant, and others seek to mar his legacy by spreading myths and rumors.

The fact is had he not served as its leader, America, as we know it today, would not exist. His contributions to our nation are more applicable today than ever before.

Not only did Washington lead the colonies to victory in the Revolutionary War — often overcoming insurmountable difficulties — but he also played a pivotal role in the development of our Constitution, presiding over the Constitutional Convention and ensuring all arguments and opinions were considered. For example, Washington permitted the convention to vote 60 times on the method to be used in selecting a president. This eventually led to the creation of the Electoral College to protect the rights of the smaller states from the power of the larger ones.

Of course, much of Washington's strength came from his religious beliefs; in fact, he once wrote, "No man has a more perfect reliance on the all-wise and powerful dispensations of the Supreme Being than I have, nor thinks His aid more necessary." He was the one who spontaneously added the words, "so help me God" to the Presidential oath of office, and he often acknowledged that we would have suffered disaster in the struggle for independence had God not intervened in our behalf.

Much of Washington's strength came from his religious beliefs.
If he, as one of the greatest leaders in our country's history, felt prayer was important, how much more important should it be for each of us? If he was humble enough to recognize God's role in his accomplishments, how can we not do the same?

At his request, Washington was buried without any funeral oration, so the lack of celebration of his birth would doubtlessly not bother him. However, we can honor his life by emulating his example of welcoming and listening to all viewpoints as well as placing God first in our lives and acknowledging His blessings.

May we never forget George Washington or any of the other men and women who shaped our nation. We owe them a huge debt of gratitude for the freedoms we enjoy today.

Steven W. Allen is author of Founding Fathers — Uncommon Heroes, which examines the lives of six Founding Fathers, including how they turned to God for strength and inspiration.

"Honoring Presidents' Day?" by Steven W. Allen is licensed under a Creative Commons License. Heartlight encourages you to share this material with others in church bulletins, personal emails, and other non-commercial uses. Please see our Usage Guidelines for more information.

Steven W. Allen is a lawyer, an author and a popular speaker. He practices law in Mesa, Ariz., where he resides with his wife, Linda. They have five wonderful children and 8 grandchildren. He is also a student of the scriptures and his background in the law brought him to a study of the most famous trial in history, the trial of Christ. His series of classes on this subject led to his recently released book, "The Illegal Trial of Christ."