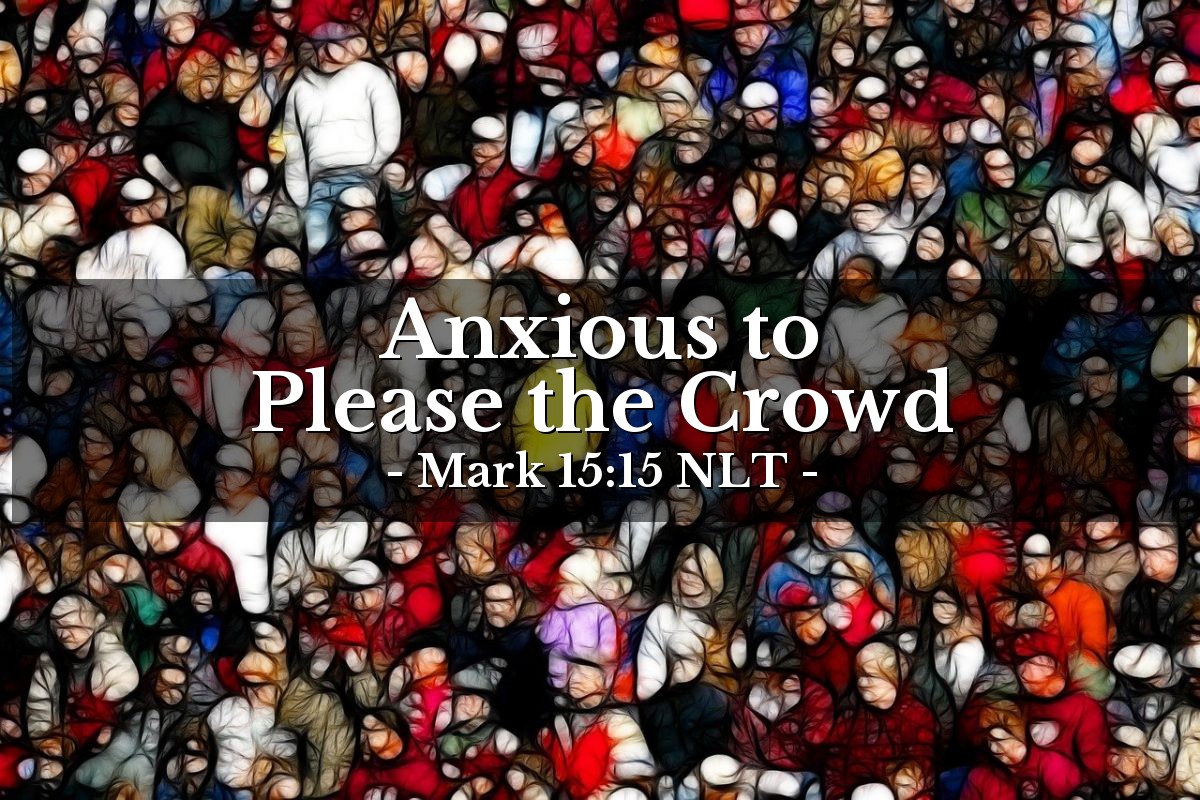 Pilate knows Jesus is innocent, yet gives in totally to the wishes of the mob—he first has Jesus scourged ("flogged with a lead-tipped whip") and then turns Jesus over to be crucified. Why does he do it? Pilate has to keep Rome happy by maintaining order. To maintain order, Pilate has to appease the crowd. Even though he has already pronounced Jesus "not guilty" of any crime, Pilate has the final say. In his mind, his word is law. In the eyes of the crowd, Pilate's word is law. Jesus, however, knows that Pilate has no power to act, rule, or enforce his verdict apart from God's granting him that power. Pilate is a puppet who cannot recognize that he acts in concert with the crowd's will, Rome's desire, and God's plan. Jesus is allowed to be crucified—both by Pilate, to appease the crowd which is being manipulated by the religious leaders, and also by God, who is using this horrifying event to save the world. If God can bring such a great redemption out of such an unfair injustice, imagine what he can do with our suffering for his sake.

O God, you are the Almighty, the one in control even when I cannot see your control. Help me to understand that you will redeem every injustice brought upon your people at your chosen time. Give me the faith and strength to endure such times and the courage to live my life in the hope that even if the scales of justice are not balanced in my lifetime, they will be at the end of time. In Jesus' name I pray. Amen.