Unstoppable! 'Worship that Refuses to Be Limited by Low Expectations' — Acts 3:1-3

Peter and John went to the Temple one afternoon to take part in the three o'clock prayer service. As they approached the Temple, a man lame from birth was being carried in. Each day he was put beside the Temple gate, the one called the Beautiful Gate, so he could beg from the people going into the Temple. When he saw Peter and John about to enter, he asked them for some money.
— Acts 3:1-3 NLT

Jesus' followers can easily settle into life and worship with low expectations. They do not expect anything fresh or powerful to occur. They don't anticipate the Lord doing anything that amazes, astounds, excites, or awes them. They usually get what they expect: not much! Today's story from Acts is different. Several men fulfilled their daily routine of going to the Temple at the afternoon time of prayer. One man had been lame since birth. Thankfully, he had friends who took him to the Temple gate so he could beg. He knew what to expect: people unwilling to look him in the eye, people who avoided him, and a few who might throw a few coins his way so he could eke by in a life of misery. The real treasure in this story is found with Peter and John. They came to worship, excited about their faith in the power of their Lord. Their worship refused to be crippled by low expectations and the routines of a hard life. So when the man begged them for money, they gave him the gift of healing and salvation (Acts 3:6-8). His joy spilled over, and people gathered in amazement because of the healing. This gathering provided Peter an opportunity to tell Jesus' story so many others found fresh hope and new life in Jesus (Acts 4:4). All that followed came because of Jesus' gracious power and the apostles' expectation that he could change everything. At the heart of an unstoppable movement were ordinary men and women who expected great things from their Lord!

Father, give me a heart of expectation. I want not only to believe but also to anticipate Jesus to do great things to bring your salvation to others. Use me, O God, to be an infectious presence of anticipation and faith that invites Jesus to bring salvation and healing to the lives of those in need. I ask this for your glory and the salvation of others, in the powerful name of Jesus Christ the Nazarene. Amen. 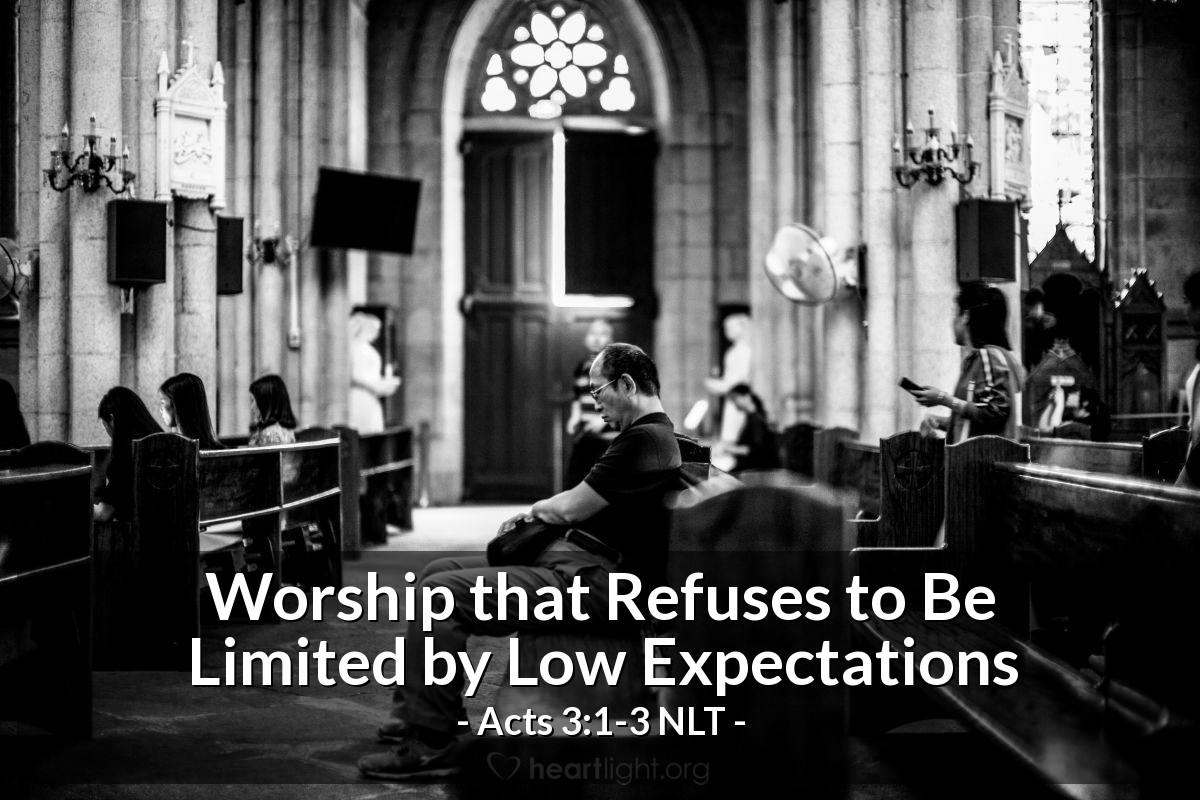