Go ahead, plant a seed. See it disappear into the dirt. But, don't forget! 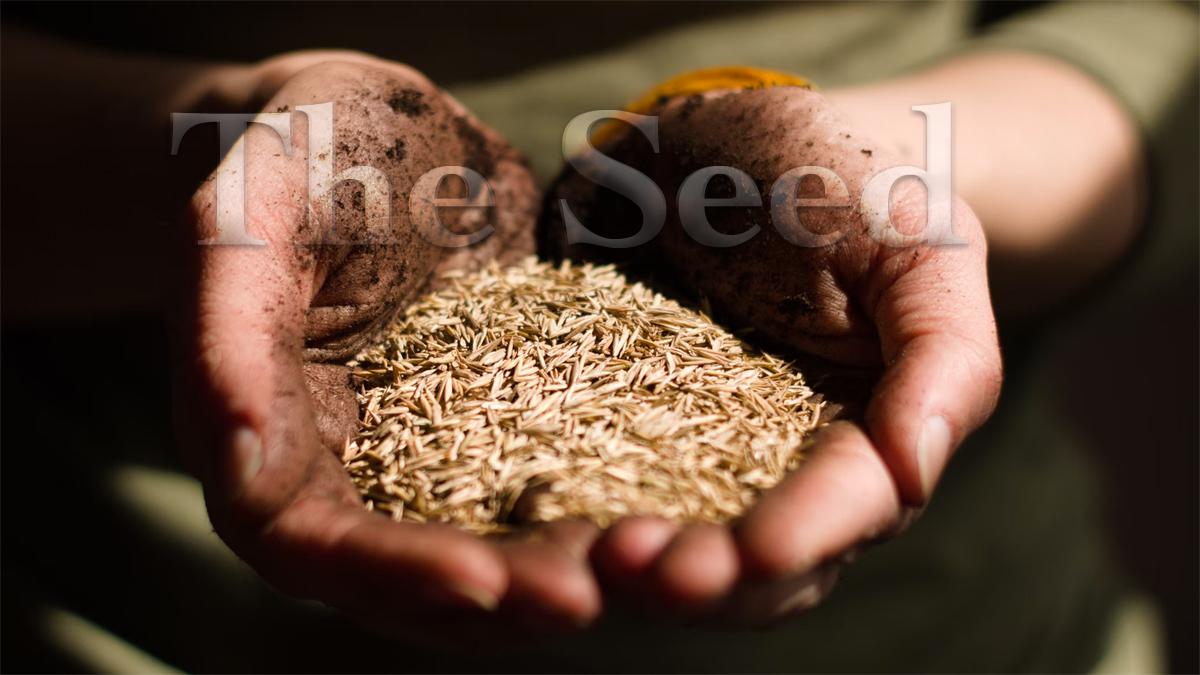 The four items of our focus — The Seed, the Towel, the promise, and The Torchlight — seem so ordinary, so simple. These four items were part of the day-to-day world of Jesus. He often used the example of a seed in his teaching. A towel was part of the mandatory washing before meals in Jewish society. God's promise was the currency of the Jewish faith. Torchlight was all they had to drive the darkness away. Four common things from Jesus' world become four key witnesses to Jesus and his glory. Today, we look at The Seed.

But someone may ask, "How will the dead be raised? What kind of bodies will they have?"

What a foolish question! When you put a seed into the ground, it doesn't grow into a plant unless it dies first. And what you put in the ground is not the plant that will grow, but only a bare seed of wheat or whatever you are planting. Then God gives it the new body he wants it to have. A different plant grows from each kind of seed 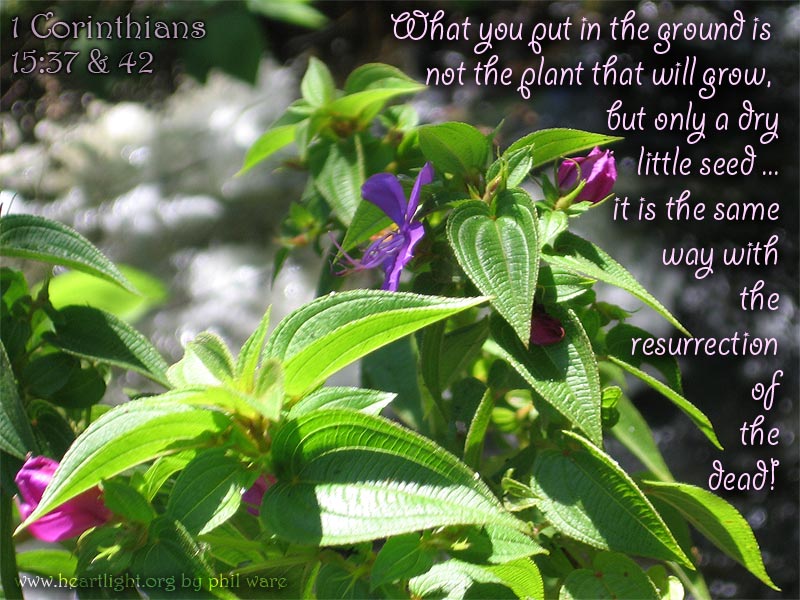 The Holy City of the Jews, Jerusalem, was filled with people and with expectations. Passover was happening soon. Lazarus had been raised from the dead just outside of the city. Jesus' reputation had been growing throughout the land. His followers were looking for the kingdom of God to come with power and glory. Jesus rode into town accompanied by their cries of "Hosanna," declaring his right to be the rightful heir of King David. These praises echoed down the walls and avenues. The tension was at the breaking point because the religious authorities wanted Jesus and Lazarus dead. They also wanted Jesus' movement stamped out.

This setting wasn't just a Jewish moment of expectation. A group of Greeks, who were begging to meet Jesus, found Philip and Andrew. For Jesus, these non-Jews coming to him was a divine signal (John 12:20-22). His time had come. Everything was in place. He knew what lay ahead. He was ready to embrace his destiny:

Jesus replied, "Now the time has come for the Son of Man to enter into his glory. I tell you the truth unless a kernel of wheat is planted in the soil and dies, it remains alone. But its death will produce many new kernels — a plentiful harvest of new lives" (John 12:23-24).
...

Throughout his ministry, Jesus chose to use typical, simple images from everyday life to teach eternal truths. Now, as the whole prospect of his death loomed, Jesus was planting ideas, eternal concepts, into the hearts of his disciples. They could not fathom them at the time. Jesus' words bloomed into expectation in his followers' hearts. They understood what Jesus had done by allowing himself to be the planted seed of new hope.

With the coming of the Greeks, he knew the time of his death was near. He had tried to prepare his little band of faithful followers for what lay ahead, yet they couldn't understand. How would the masses that had heard of him raising Lazarus to come to understand? He was going to die. Their Messiah, the mighty — yet humble, Son of Man, would give up his life. The Son of David would hang on a cross before he came in glory. They could not understand. So, Jesus planted a thought about a seed in their minds.

A seed is only an ugly, small thing unless it is put into the ground and dies. It is just a seed until it enters dirt, darkness, and isolation. But, beautiful things happen when the seed gives itself up to the earth.

Life.
Growth.
Beauty.
Bounty — multitudes of seeds!
The seed bears witness to us.
If we are honest, we can't understand why Jesus had to die. Oh sure, our heads can go over the details — someone must die for the world's sins; yes, it is God's will that his son would be the sin offering; and of course, love must triumph over hate and sacrifice defeat the abuse of power. In our hearts, however, how do you understand the Creator submitting to the ill will of the created? How do you understand God dying on a cross? Why would the Almighty withhold his power and submit to death when he had the power to defeat his enemies and never suffer and die? How could someone so perfect be willing to stand in the place of all of the imperfect people like us?

The seed bears witness to us.

The raw glory of Jesus' ministry, the depth of his compassion, and his moral perfection are amazing! However, these are all made fully clear by the glory of his loving sacrifice. Hell's fury is swallowed up in love just as surely as a seed's form is burst open in the ground and then swallowed up in the beauty of the flower. Hate, jealousy, and the abuse of power can destroy the physical form of their enemies, but they cannot stop the seed from producing a harvest of love, joy, and peace.

Spring is upon us. Passover and Resurrection Sunday are on the horizon. This season is when seeds, long-buried in the dirt and forgotten during the cold of winter, burst through the ground with new life. Their triumph should remind us of Jesus' triumph! Every bud on every tree that rustles in the spring winds whispers aloud the truth: "Risen!"

Just as the ground cannot claim the seed, hell cannot contain the grace of God in Jesus. The darkness of dirt, whether in the ground or the human heart, cannot hold back the love of God and his desire to redeem and reclaim us.

Go ahead, plant a seed. See it disappear into the dirt. But, don't forget: the soil both covers and animates the life inside a seed; it does not extinguish it. The darkness of the dirt ensures that life will one day soon burst from the ground. No hell, no hate, no dirt, no darkness, no death can hold us captive because we believe the witness of The Seed! And, dear friend, because Jesus is our Seed, life and glory await us all who find our hope in him. 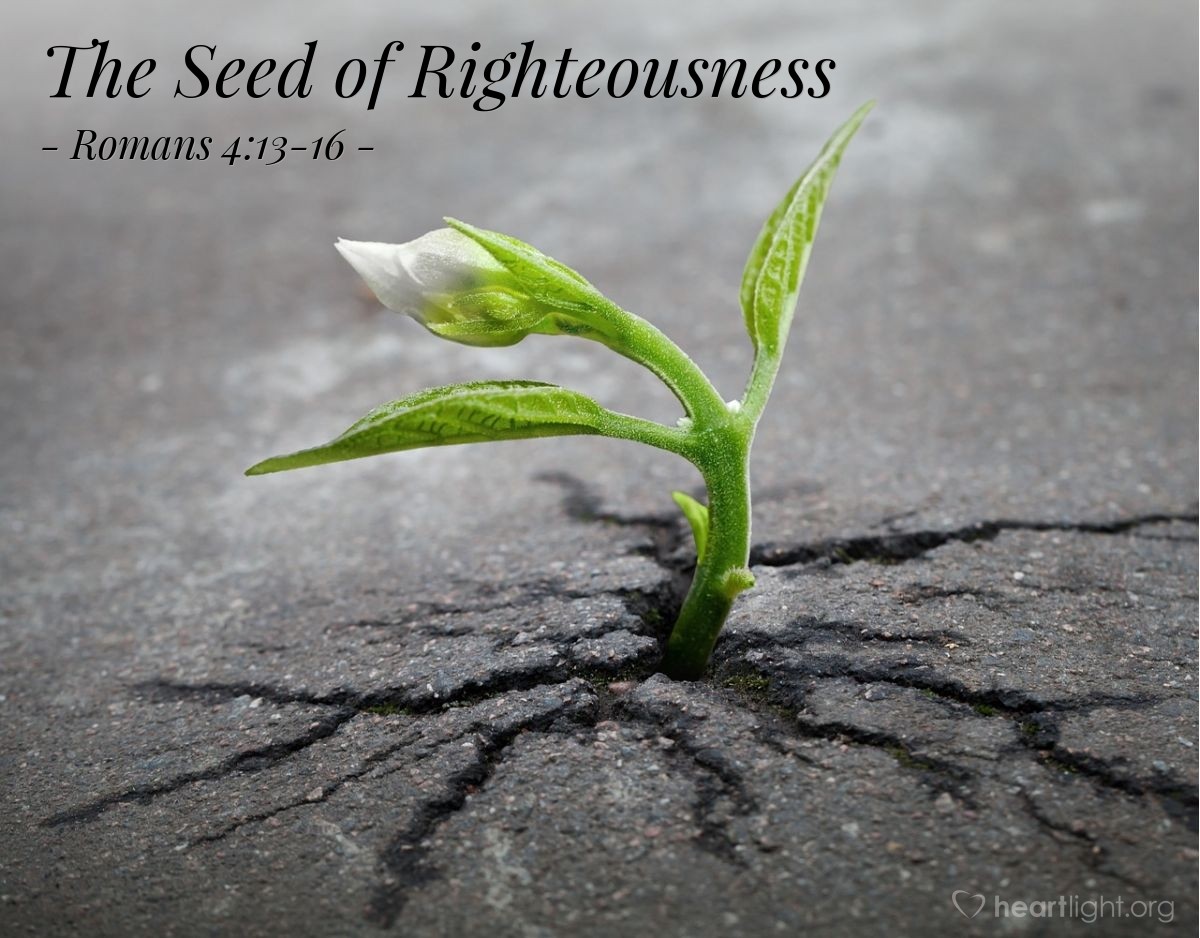 "Seed, Towel, Promise, and Torchlight: The Seed" by Phil Ware is licensed under a Creative Commons License. Heartlight encourages you to share this material with others in church bulletins, personal emails, and other non-commercial uses. Please see our Usage Guidelines for more information.