How much does one conversion actually mean? 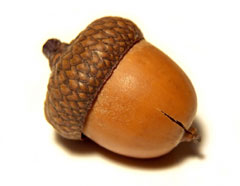 One of America's great preachers came one Sunday in midwinter to an appointment. The day was unusually stormy and bitterly cold, and he found the building empty. However, he took his seat in the pulpit and waited. One man came in, and at the appointed hour the preacher stood up and opened the service. At its close the solitary auditor departed without waiting to face the minister. About twenty years later, the same preacher was accosted by a stranger. "Do you remember," he asked, preaching years ago to one man at such a place?" "Yes, I do, indeed," replied Dr. Lyman Beecher. "If you are that man, I have been wanting ever since to meet you." "I am the man," was the answer. "That sermon saved my soul, and led me into the ministry. The converts of your sermon, sir, are all over Ohio." (William Moses Tidwell, Pointed Illustrations.

When I was in college, I heard someone tell a similar story to the one above. It seems that a preacher held what used to be called a "gospel meeting." It was during the days when one and two week long schedules were common. Each night, the preacher faithfully delivered his sermon, proclaiming the gospel of Jesus to his audience. Though he tried hard to reach people, the only person saved during that meeting was one little girl. For years, he thought of that meeting as a dismal failure. However, that little girl grew up to be a fine Christian woman. She married a good Christian man, and they had several boys, all of whom grew up to be preachers of the gospel. The converts produced by their preaching numbered into the thousands. I wonder if that preacher still thought of the conversion of one little girl as a failure?

[Editor's Note: While this may have been true in several places, I know of one person of whom this was true. One of my former elders, Lynn Taylor, said this lady was his grandmother and that in the second generation, all the boys were either elders or preachers as well.]

In the parable of the sower, Jesus revealed something powerful. "The seed is the word of God." You could turn that statement around and it would mean the same thing, but it would give an emphasis that we need to grasp. "The word of God is the seed." More specifically, Jesus sent all his disciples, including us, into the world to plant the seed of the gospel in the hearts of everyone.

"All the nations," as Matthew would put it. "All creation," as Mark would say. We need to start telling people about Jesus, the Son of God, who came into the world, died on a cross and was raised from the dead. He became the sacrifice that takes away all our sins, makes us right with the Father, cleanses us to live a holy life, and grants us eternal life. Nobody is too bad, too ugly, too wrong, too lost to share in glory. But, it is also true that without Christ, they are terribly lost and condemned forever.

God dearly wants to save people. But, he's made the saving of people dependent upon our telling them the good news. They can't turn to God if they don't believe. They can't believe in the Christ if they haven't heard about him. They can't hear unless someone tells them. The question is: "who will go and tell the lost that salvation awaits them?" Stop waiting for someone else to do it. Go today and share the good news. Will there be many who refuse it? Yes. Will there be some who are saved? Absolutely! How many are you willing to save? Let me suggest that just one person is worth the effort.

"1 + 1 = Many" by Bill Denton is licensed under a Creative Commons License. Heartlight encourages you to share this material with others in church bulletins, personal emails, and other non-commercial uses. Please see our Usage Guidelines for more information.