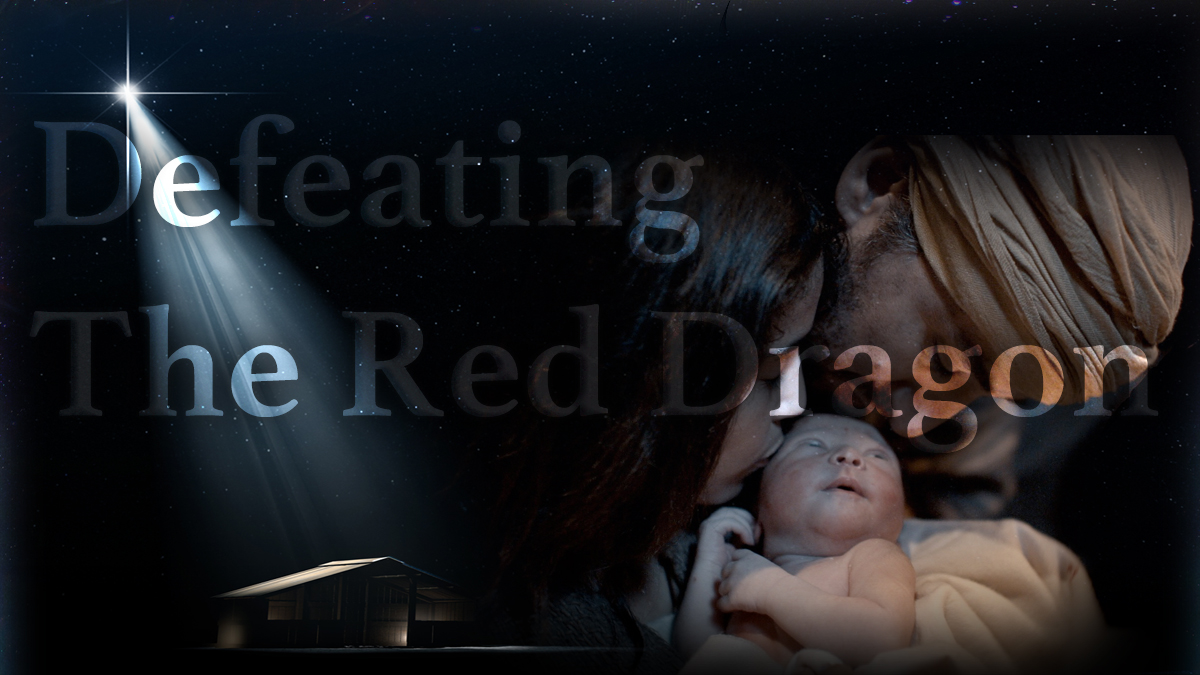 I grew up in a branch of the Christian family that did not celebrate Christmas at church. After all, "Christmas isn't mentioned in the Bible." While the observance of December 25th is not mentioned in scripture, and it is obvious from the narrative that Jesus was not born in winter, the celebration of Jesus' birth is described in the Bible. While the word "Christmas" is not in the Bible, it is hard to read scripture and not feel the need to make a big deal out of Jesus' coming to earth.

In Revelation, Jesus' birth is told as it appears in the heavenly realms. We get to peek behind the curtain and see Christmas from the viewpoint of the angels. In this story, Christmas was hardly a silent night when all was calm and bright. It was the beginning of the decisive battle in a cosmic war that determines the future of all the universe.

In this story, a celestial woman appears wearing the sun as a robe and standing on the moon with 12 stars imagearound her head (the tribes of Israel). The woman represents the people of God through whom the Savior is born. She is pregnant and crying out in the pains of labor. Suddenly a red dragon (Satan, the devil, the serpent of Eden) appears with seven heads, ten horns, and seven crowns which signify a great power to be feared. The dragon is so enormous that one swipe of his tail flings a third of the stars to the earth. The dragon gets in front of the woman to eat the child the instant he is born. The dragon symbolizes King Herod, Pontius Pilate, Caesar, and the Roman empire — all those Satan used to bring about Jesus' death. This is the symbol of empire, the principalities and powers of this world and in the heavenly realms who view Jesus' birth as a threat.

The woman gives birth to a son who will fulfill the prophecies of a son of Abraham and David who will unite and rule all nations (a la Psalm 2). The dragon is foiled when the helpless baby is protected by God and taken up into heaven to sit on God's throne. Time is collapsed, and we move instantly to the ascension of Christ. Satan pursues the child into heaven, is defeated, and is cast out of heaven forever by the power of the blood of the Lamb, resulting in a song of praise.

Satan, defeated but not yet disarmed, turns in frustration to destroy the woman (now the church). God continues to protect the woman by providing the wings of an eagle to fly away to a safe place where he cares for her in the wilderness (like the Exodus). Then God opens the earth to swallow a flood of destruction Satan sends at the people of God. But the Serpent makes war on the woman and her children (the generations of disciples) until the return of Christ at the end.

This version of the Christmas story comes wrapped in mystery, but some things seem clear. The Christ child was not born to peace. He came to destroy the usurper who terrorizes God's world. Satan does not easily give up, but he will lose. This story is important because it reveals the meaning of Christmas: God defeats all the powers of evil through Christ. Our problem isn't just our sins but our slavery to massive powers we cannot begin to overcome on our own. 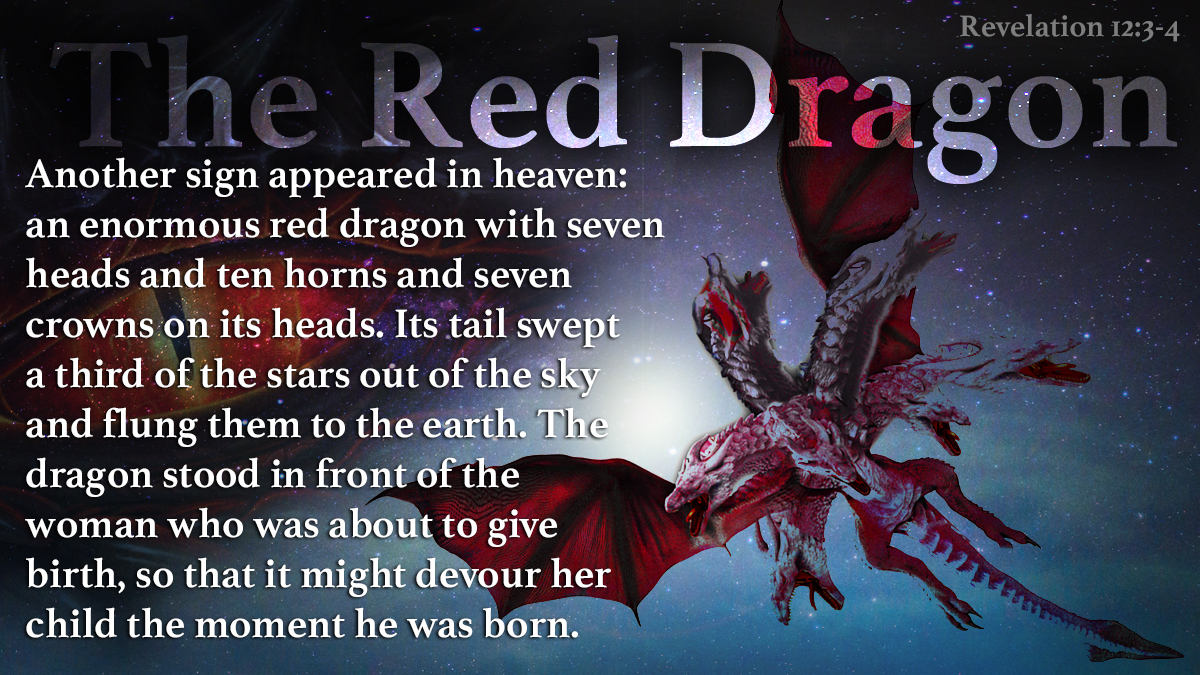 We get the part about celebrating the birth of this king, though not always for the right reason. When putting up Christmas decorations, how often do you think, "I do this to celebrate God's coming in the flesh to defeat the oppressive powers who terrorize the world"? We often fail to grasp that Jesus did not come merely to give us all a big hug and say, "God loves you." He came to do real battle with the powerful forces of evil. No amount of decorations, gifts, or parties can hide the truth that our world is a POW camp. Jesus did not just come to be adored in a manger. He came to liberate captives from a cruel tyrant. While Jesus defeated the powers in a decisive battle, they have not been totally disarmed and we still feel their effects.

For many, the effects of evil are most painful at Christmas. When everything is supposed to be calm and bright, it is particularly painful when your life doesn't look like a Hallmark card. This is the time of year some feel least like rejoicing. For refugees eating rations and having nowhere to go, they need more than a sentimental family gathering. Even among the world's most comfortable and privileged people, for some this is the first Christmas to be separated from a loved one. There is an empty chair at the table. There is a laugh you no longer hear. For others, Christmas brings painful family conflicts to the surface. It is an emotional minefield, and we aren't sure we want to go through it again this year. For some, Christmas just signals another year of dashed hopes: still single, still no baby to wrap presents for, or still stuck in an old house with a dead-end job and no future. For many, Christmas just makes us feel worse because this is a time, we're supposed to be happy, but we are not. After two years of pandemic, chaos, and controversy, that's a lot of people.

The cosmic Christmas story may have the most helpful message for those who struggle to celebrate at Christmas. It helps us see the hurts and evils that impact our lives are bigger than us. They're part of a huge cosmic battle being waged in spiritual realms. Christmas is not just about a shallow cheeriness as if everything in our world is all right. There is much that is not right. That is why Christ came.

Christmas is about a God who loved us so much that he would enter our world full of evil and hurt and take on the dragon with us and for us. He has the power to do it. While that process is not finished, the dragon's days are numbered, and he cannot defeat us if we cling to the blood of the Lamb and the word of his testimony. Like the woman in Revelation 12, if we will wait in trust on the Lord we will "mount up with wings like eagles" (as said in Isaiah 40:31). If you cling to the testimony of Jesus and if you claim the blood of the Lamb, you can overcome whatever the dragon throws at you.

Christmas is about a God who loved us so much that he would enter our world full of evil and hurt and take on the dragon with us and for us.
So despite the temporary pains and hurts of this life, Christmas is a time to rejoice and sing with the angels in heaven.

Then I heard a loud voice in heaven say:
"Now have come the salvation and the power

and the kingdom of our God,

and the authority of his Messiah.
For the accuser of our brothers and sisters,

who accuses them before our God day and night,

has been hurled down.
They triumphed over him by the blood of the Lamb

and by the word of their testimony

they did not love their lives so much

as to shrink from death.
Therefore rejoice, you heavens

and you who dwell in them!" 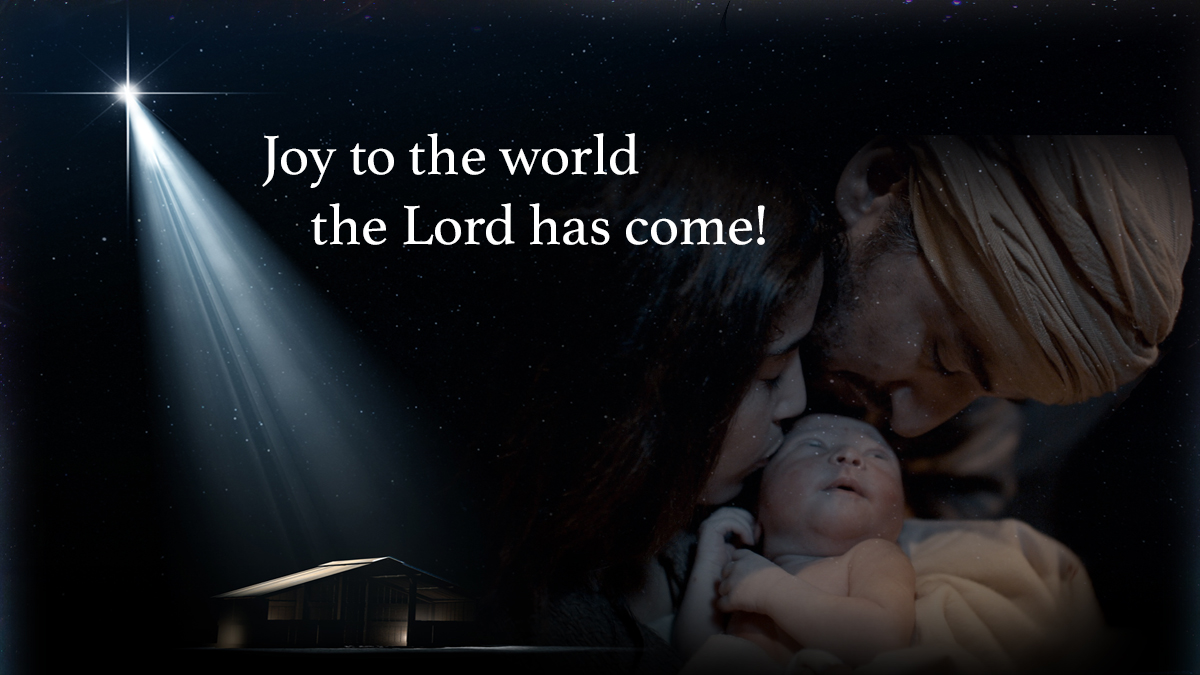 "The Cosmic Christmas Story" by Dan Bouchelle is licensed under a Creative Commons License. Heartlight encourages you to share this material with others in church bulletins, personal emails, and other non-commercial uses. Please see our Usage Guidelines for more information.

Dan has served as the president of MRN since August 2010. Dan has worked with churches on six continents and congregations throughout the US. He has also spoken at colleges, lectureships, workshops, and seminars around the globe. He has published several articles and has written three books: The Gospel Unleashed, The Gospel Unhindered, and When God Seems Absent. Dan married his wife Amy in 1987 and God blessed them with three children: Anna and Seth, who are both grown, and Abby who still lives at home. They are proud grandparents of two. (Visit the Author's Website)

Learning to Dance with the Spirit
To become more like Christ, we must allow the Lord to lead us in the dance of grace to the music of the Holy Spirit.