Family in the Fire

Jesus is among the familiar trappings of his heritage of faith and immediate family, both of whom are dangerously toxic to him and his ministry at this point in his journey. 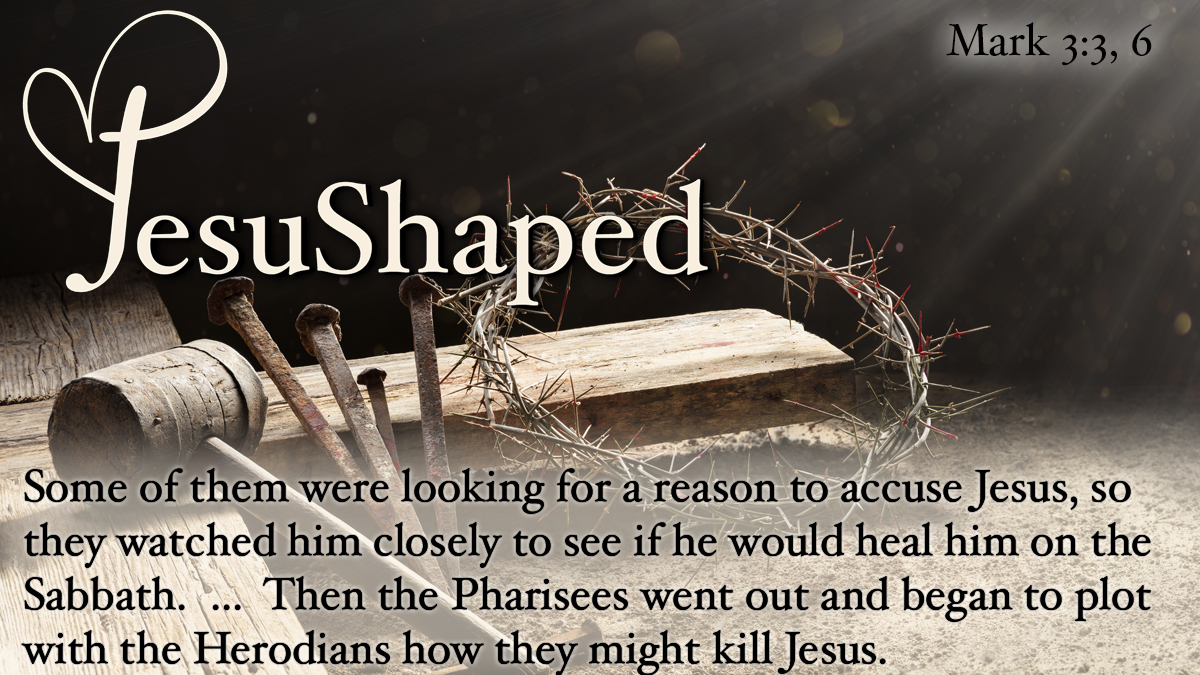 Almost every week, I read a story on one of several online groups for ministers and pastors that speaks of the deep sense of hurt, betrayal, abuse, and mistreatment of someone trying to bless others in the name of Jesus. Sometimes these are paid, pastoral team members. Other times, they volunteer or lay leaders in a congregation. Other times, they are members involved in a church or parachurch ministry.

Let me speak clearly and without equivocation: Mistreatment of Jesus' disciples by church groups, parachurch ministries, or groups of people claiming allegiance to the Christ is wrong. WRONG! We must not try to justify it or explain it away. The pain is real. The carnage has eternal implications for both the abusers and the abused. The witness of believers to the world is compromised, and Jesus grieves.

Over my four decades of ministry as a preacher and encourager of pastors and preachers, I have known the pain of way too many hurt by gossip, criticism, scheming, hostility, abuse, and mistreatment. Yes, some in ministry abuse their position and their privilege. Most, however, work hard for low wages and constant pressure from every direction imaginable. Many leave ministry altogether. More than a few walk away from church entirely. Quite a few become bitter and blame God. "Why would he call me to this and let these things happen to my family and me?"

So, I want to speak to these abused, broken, disappointed, disillusioned, and betrayed servants of God.

Because I've been there, I've been among the devastated and disillusioned.

As one old preacher who once caught his finger in the fan belt while repairing an old pick-up truck used to say, "When I point an accusing finger at you, remember three more are pointing back at me, and the one that is pointing at you is crooked and points more in my direction than yours."

In my journey with Jesus through the gospel of Mark in my daily Bible reading, I came to Mark 3. I often use this chapter to show the foundation of creating mentoring groups — Jesus' call of his apostles and the principles Jesus demonstrates (Mark 3:13-19). I sometimes focus on the beautiful promise embedded in Jesus' definition of his real family that can include modern-day followers (Mark 3:33-35). These messages are appropriate and true.

However, this time in my journey with Jesus through Mark's gospel, I felt the Holy Spirit speaking something fresh yet challenging to each of us who claim to be disciples. Even in the call and commissioning of the twelve apostles, we feel the sinister warning in the description of Judas — "who betrayed him." Throughout the context, Jesus is criticized and opposed by his self-appointed religious adversaries plotting his demise and his family trying to rescue him from his craziness at caring for broken people.

Jesus is among the familiar trappings of his heritage of faith and immediate family, both of whom are dangerously toxic to him and his ministry at this point in his journey. So, I felt the Spirit tug at my heart and ask:

Why, Phil, should you expect better treatment? After all, didn't Jesus warn you that what they did to him they would also do to those who followed him and sought to minister like him? 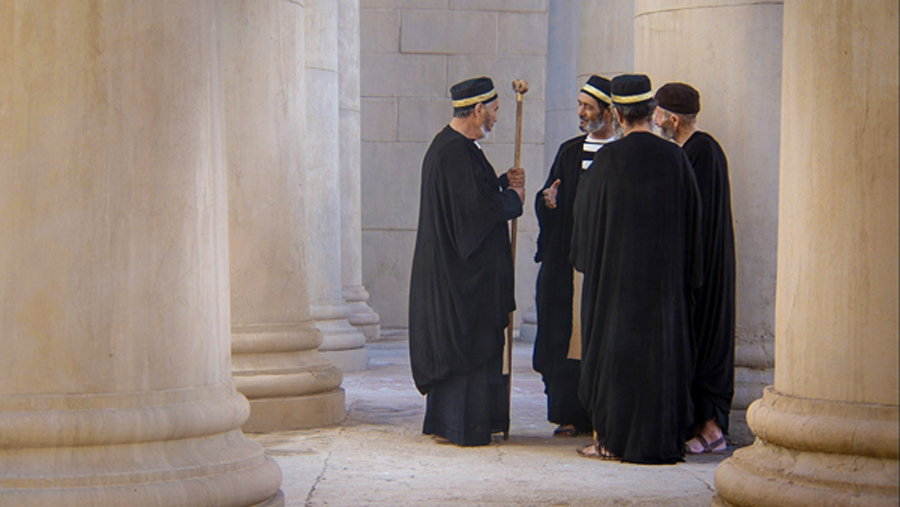 The unsettling battlegrounds of religious criticism, evil scheming, and direct opposition were the places Jesus ministered. In the middle of battling Satan's temptations, attacks, and their crushing impact, Jesus also faced intense and hostile opposition from religious people. These religious folks felt they were faithfully serving God and doing his will while opposing Immanuel, God, who was in their midst. If Jesus did not line up perfectly with their well-entrenched religious traditions and biases, they were determined to criticize, oppose, undermine, and eliminate him. Conformity and alignment to their interpretations and practices replaced their yearning to display the heart of God for broken humanity.

The more I read the gospels and Luke's companion volume, Acts, the more I am convicted of the following truth:

I must not be surprised by the challenges, hostility, and unfairness I face if this is what the Lord Jesus — the one I who the Holy Spirit is conforming me to become (2 Corinthians 3:18; Colossians 1:28-29) — constantly faced in his ministry. 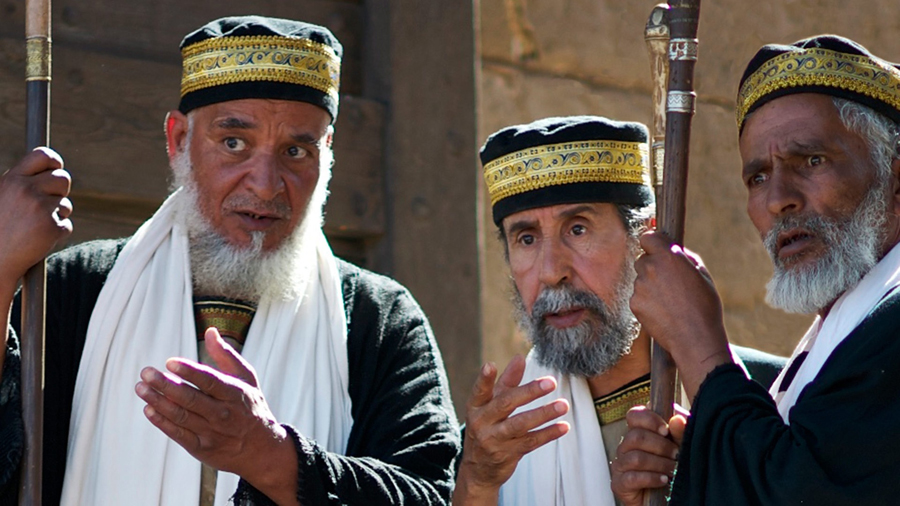 No matter how hard this word feels to me, however, there is a joy found in it if I will listen and submit to following the Lord:

Jesus considered his disciples as his real family in the middle of these struggles. Disciples are family in the fire with us — a fire as lethal as Shadrach, Meshach, and Abednego faced. We need each other. We break. But none of us should not be surprised by ongoing opposition to our ministry in the name of Jesus.

We must help each other resist despair because of the pettiness of people who claim to be honoring God, who can be so vicious. We can live in genuine fellowship with other JesuShaped disciples as his true family. Jesus promises to be present when we do (Matthew 18:20).

We can share grace in the face of those who are graceless, like our hero. We can recalibrate our acceptance compasses from the approval of the crowd to people-rescuing of our call.

Isn't this why the Table is so important each week to each of us as disciples of Jesus? This recalibration recenters our hearts in the saving work of Jesus. His Supper becomes our spiritual tuning fork. The bread, and wine, are so simple yet so precious and tangible. They remind us of what religious people did to the Son of God. They also proclaim what God did through Jesus to redeem the world from its spiritual mess and religious pettiness. The bread and wine can reset our hearts with the needed reminder. Jesus' disciples gagged on their failure. Each of their hearts sunk in the oblivion of their dark despair. God, however, used Jesus' brokenness to change everything: "Very early on the first day of the week, just after sunrise...!"

"Family in the Fire" by Phil Ware is licensed under a Creative Commons License. Heartlight encourages you to share this material with others in church bulletins, personal emails, and other non-commercial uses. Please see our Usage Guidelines for more information.