In the middle of our grief, loss, and brokenness, we must remember that we are not alone in our brokenness. 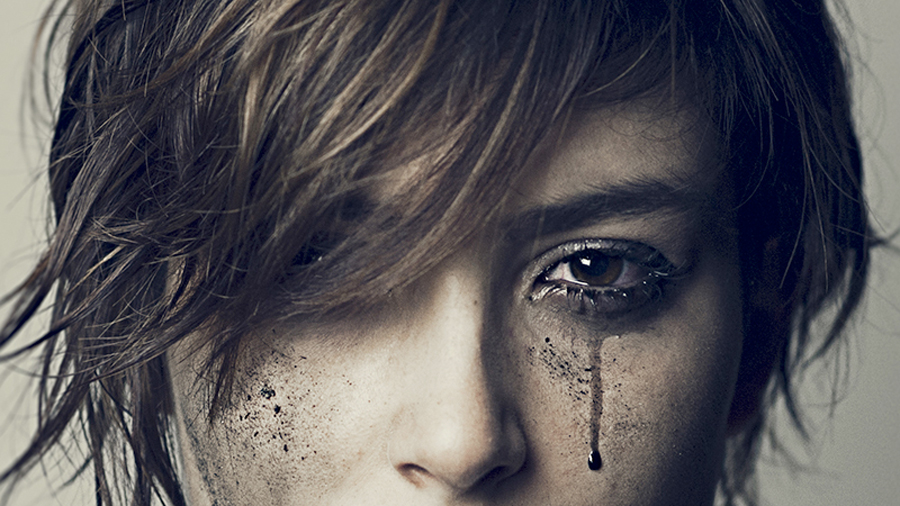 Over our 25 years, HEARTLIGHT.org has passed along the creative blessings of many famous authors who graciously shared their writing with our readers. This year as we celebrate "Shining the Light" for a quarter-century, we will repeat some of Phil's previous posts over the years. We hope this particularly poignant one blesses you.

When the horrible news of the Paris bombings (Friday, November 13, 2015) ripped through a rather ordinary news day, my heart immediately went out to the families of those trapped in the concert hall, those attending the France-Germany soccer match, and those out for a routine night on the town. Every parent, spouse, friend, and child who had someone in harm's way had to wait, fearing the worst. Some continue to wait for their precious one, who will never come home. They are heartbroken!

They are not alone.

The Eternal One saw that wickedness was rampaging throughout the earth and that evil had become the first thought on every mind, the constant purpose of every person. At that point, God's heart broke, and He regretted having ever made man in the first place (Genesis 6:5-7 The Voice).

When God sees the evil that seethes in the heart of some human beings and the violence on the face of the earth, he is heartbroken!

Jesus saw first hand the horror of death as it ripped through the hearts of those he loved. He was heartbroken!

When Jesus saw her [Mary along with her sister Martha] weeping [at the death of their brother Lazarus], and the Jews who had come along with her also weeping, he was deeply moved in spirit and troubled. "Where have you laid him?" he asked.

"Come and see, Lord," they replied.

Then the Jews said, "See how he loved him!"

As we hear about ISIS, the loss of life, the various attacks, the background of the attackers, and all the accompanying issues that have to do with the Paris massacres, we must not lose sight of one core truth. Along with every person killed or injured are family members and friends of real people whose lives will never be the same. They are heartbroken!

In their brokenness, in the dark void of their deep hurt and loss, we also must remember, God also is heartbroken!

As he approached Jerusalem and saw the city, he wept over it and said, "If you, even you, had only known on this day what would bring you peace — but now it is hidden from your eyes" (Luke 19:41-42).

When God sees the evil that seethes in the heart of some human beings and the violence on the face of the earth, he is heartbroken!
And in the middle of our heartbroken world, God still has this message for us to share.

The true light that gives light to everyone was coming into the world. He was in the world, and though the world was made through him, the world did not recognize him. He came to that which was his own, but his own did not receive him. Yet to all who did receive him, to those who believed in his name, he gave the right to become children of God — children born not of natural descent, nor of human decision or a husband's will, but born of God (John 1:9-13).

When God sees the evil that seethes in the heart of some human beings and the violence on the face of the earth, he is heartbroken!
What can we do to help in this state of brokenness?

People are suggesting all sorts of ideas to help.[See Note] However, let's not forget the most important one: live in ways that point people to Jesus. Jesus is the only real hope our world has. As we live for Jesus, let's also remember that as our Father in heaven sees the violence on our planet, as Jesus relives his own nightmare of violence in suffering while seeing ours, and as the Holy Spirit works to comfort those broken by hatred's evil and vicious violence, God is heartbroken! We are not alone. God shares our wounds.

For the Spirit God gave us does not make us timid, but gives us power, love and self-discipline. So do not be ashamed of the testimony about our Lord... Rather, join with me in suffering for the gospel, by the power of God. He has saved us and called us to a holy life — not because of anything we have done but because of his own purpose and grace. This grace was given us in Christ Jesus before the beginning of time, but it has now been revealed through the appearing of our Savior, Christ Jesus, who has destroyed death and has brought life and immortality to light through the gospel (1 Timothy 1:7-10). 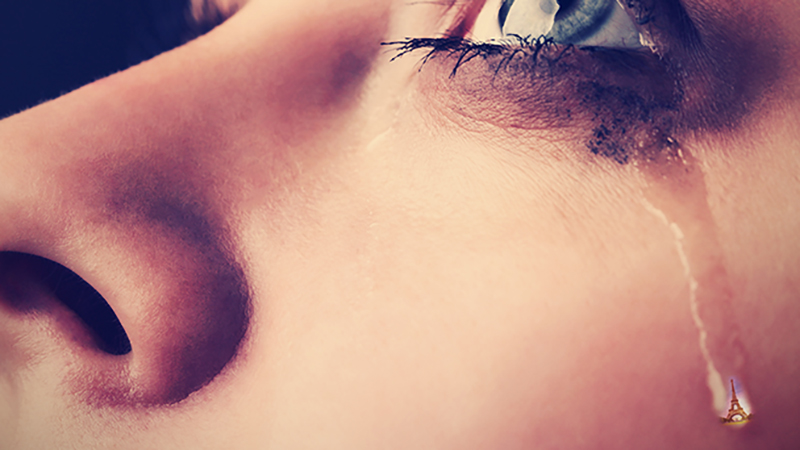 [Note] For example, our friend Teresa Bell Kindred has a great blog post on what "Nanas" — grandmothers — can do to be a blessing in these times. I encourage you to see Praying for Paris in her Nanahood blog.

"Heartbroken!" by Phil Ware is licensed under a Creative Commons License. Heartlight encourages you to share this material with others in church bulletins, personal emails, and other non-commercial uses. Please see our Usage Guidelines for more information.