Can we really break the code? 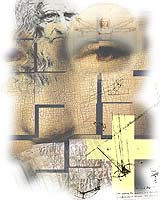 by Phil Ware (05/22/2006) | Two Minute Meditations
The fury over The Da Vinci Code has been going on now for several months. The frenzy reached its most fanatical flurry with the release of the movie this past weekend.

Christians and churches have many different responses to the release of the movie and to the impact of this incredibly popular book. Some have protested and advocated boycotts of the book and movie. Some have protested publicly or through email and letters. Others have structured classes and curriculum to refute the many different inaccuracies and blatant attacks on the Gospels, the divinity of Jesus, and the reliability of the Scriptures.

Today and tomorrow, Heartlight will have several links to resources for you on this matter. However, my concern is not so much getting accurate information into the hands of Christians — Rubel's article tomorrow will focus more on that — but my chief concern is that Christians live up to their own standards.

For those of us who are a bit older, a clean and "logical" presentation of fact matters greatly. However, for the emerging generation, more important than the facts of the argument are the facts demonstrated in the lives of the proponents of these arguments. In other words, there is no truth unless it is lived truth. Put in cornbread English, they want us to walk the walk and not just talk the talk.

Talk is cheap. Those who see themselves on the outside of the church today have already been bombarded with religious talk. They have seen Christians get all stirred up about all sorts of things and make a big commotion about a bunch of different issues. In fact, this younger generation is pretty much turned off by the facts proposed by the religious right, evangelicals, and televangelists and view Christianity — not Jesus, but the organized religious movements they see as Christianity — as irrelevant and out of touch. To them, the code wars are just more yada yada yada language ... the religious noise they can easily tune out and ignore.

I'm not saying facts don't matter. I'm not suggesting that truth is determined by the current drift of culture. Truth is truth. We do need to know the truth and the way so many obvious distortions of the truth can be swallowed is a reminder of how much we need to recommit ourselves to the truth.

However, I am saying that all our classes on The Da Vinci code won't matter very much to those outside our church walls. The truth of the code wars is irrelevant to most of them. They want to see if we are serious about the real Jesus — his message, his lifestyle, his compassion, his character, and his involvement in the lives of non-religious people who were on the fringes and margins of religious society and power in his day.

Most of us need to get back to the Gospels — Matthew, Mark, Luke, and John — so we can live as Jesus' presence in our time. Our goal must first be the Jesus lifestyle rather than a set of facts to refute Dan Brown's fast and loose use of historical and non-historical information.

In the Gospel of John, Jesus calls us to the truth — authentic, real life as he lived it — in our life before God.

In Matthew, Jesus reminds us again and again that our righteousness has to be displayed in real life, in obedience, and in concern for the "least of these" rather than fighting over words we don't ever get around to obeying.

In Mark, Jesus demonstrates the power of God to redeem lives and care for the broken.

The truth of the code wars is irrelevant to most of them.
In Luke, Jesus makes clear that the Gospel is for all folks, even the most disenfranchised and forgotten.

The real code breaker, the real power to defeat the cynical and anti-Christian impact of both the book and the movie, is for us as God's people to decide to put into practice the truth we already know. We've got to shift the understanding of our culture about church away from buildings, politics, and powerful church hierarchies. To make a difference, we've got to leave our church buildings and enter our world as caring participants and not as cultural opponents — just like Jesus did. If we are to have a counter-cultural impact, we've got to live as counter-culture community in the world we're trying to reach. This call to incarnational style of ministry isn't optional, new, or a fad. It is rooted in the very work that God did in Jesus. (John 1:1-18)

So Dan Brown and The Da Vinci Code have given us a wake up call. A call to know the facts of the Gospel better and a call to live the truth more fully in our daily lives in the real world around us. Let's answer that call and break the code and demonstrate the truth.

Check out other resources on the Da Vinci Code

"The Code Breaker" by Phil Ware is licensed under a Creative Commons License. Heartlight encourages you to share this material with others in church bulletins, personal emails, and other non-commercial uses. Please see our Usage Guidelines for more information.