Tuna Salad and the Rest of the Story

Most of them are wonderful human beings because someone gave them a leg up somewhere along the line, and they remember that. At least the good ones do. 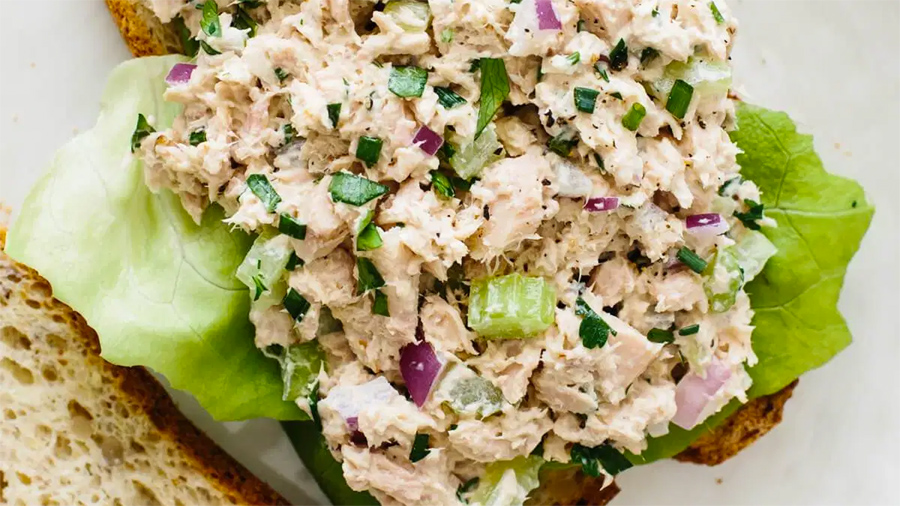 Over our 25 years, HEARTLIGHT.org has passed along the creative blessings of many famous authors who graciously shared their writing with our readers. This year as we celebrate "Shining the Light" for a quarter-century, we will highlight these special authors. Today, please enjoy one of Philip Gulley's witty, folksy, and insightful stories.

Paul Jr. wrote the introduction of one of my books. One day I was in Chicago on business with my friend, Stan. I remembered Paul Jr.'s address and decided to stop in to say hello and thank him for his help. It was lunchtime, so Paul Jr. invited us to stay and eat. "We're having tuna salad sandwiches," he said. "Is that okay?"

My parents had taught me to eat what was put before me, so I said tuna salad was fine. Truthfully, tuna salad is not my favorite food, but since we hadn't told him we were stopping by, I didn't feel I should be picky.

Stan said, "I really don't care for tuna salad. Do you have anything else?" I wanted to slap him.

Then Paul Jr. said, "We eat lunch with my mother and father, so we need to go next door."

I've listened to Paul Harvey on the radio all my life. (Few media people have been as well known and beloved for four decades as Paul Harvey. Listen below to a couple of classic and moving radio excerpts from November 1963, broadcasts concerning the assignation of President John F. Kennedy.) My father has listened to him for the past forty years. Now Stan and I were walking across his yard to have lunch with him!

We went to the living room to wait for Mr. Harvey. There was a Bose Wave radio on the table. Mr. Harvey's been telling us for years how wonderful they sound. Paul Jr. turned it on for me. We listened to a guy named Monty Vonny, or something like that. He's not from these parts, so I'd never heard of him. The only Monty I knew was Monty Chadwick, who owned the Jiffy Carwash back in my hometown of Danville. But it was pretty music. I may save up and buy one of his CDs.

Then Mr. Harvey walked into the room. He looked at me and said, "Well, I'll be; Phil Gulley is standing in my living room. I can't believe it!"

I couldn't believe it, either. I shook his hand and introduced him to Stan.

"Is this the guy who doesn't like tuna salad?" he asked, pointing to Stan.

Mr. Harvey asked me if I liked that Monty Vonny fellow. I told him I didn't know; I'd never met him. Then I told him all about Monty Chadwick and the Jiffy Carwash. If Mr. Harvey ever comes to Danville, we're going to take our cars there and get them washed. My treat, I told him. They've added a foaming brush that really gets the dirt off. Mr. Harvey said he's looking forward to it.

We ate in the breakfast nook just off their kitchen. Stan ate chicken salad and toasted cheese. I ate my tuna salad. They put three of those little tomatoes on my plate, but I didn't eat them. Tomatoes make me burp, and I didn't want to do that in front of Mr. Harvey. He told me how he got his start in radio. He is one of the kindest men I've ever met.

After lunch, we sat around the table and visited awhile. Then it was time to go. They walked us out to our car. As we drove away, Stan turned to me and said, "I can't believe we just ate lunch in Paul Harvey's kitchen."

I said, "I can't believe you told them you didn't like tuna salad."

He said, "I can't help it. I tell the truth without even thinking about it."

I told him it was obvious he wasn't thinking. As famous as Mr. Harvey is, I wasn't too nervous about meeting him. I've been around famous people before. I met Michael Landon back when he was Little Joe on Bonanza and came to Danville to give a speech on the courthouse lawn. I was six years old and remembered being mad he didn't bring his horse.

My cousin, Matt Griffith, once dated a beauty queen from Florida. She was Miss Navel Orange of 1972. He brought her to our house for a visit. She was wearing a sash and a crown topped with a gold-orange. She signed a Sunkist for me, but the next day my brother Glenn ate it for breakfast.

Here's what I learned about famous people. Most of them are wonderful human beings because someone gave them a leg up somewhere along the line, and they remember that. At least the good ones do.

When Paul Harvey was fourteen years old, his teacher took him in hand and introduced him to the folks at the local radio station. Over half a century later, he remembers it still.

None of us ever got anywhere except through the kindness of others. 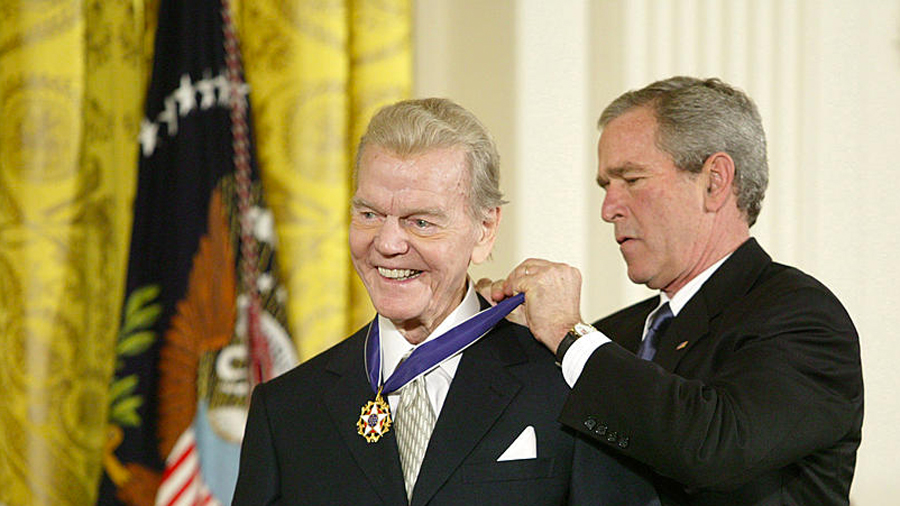 None of us ever got anywhere except through the kindness of others. Sometimes we boast about being self-made, but that's just a lie we tell ourselves to feel important. We're all indebted to someone.

Next time you're driving by the house of someone who has done you a good turn, knock on his door and thank him. He'll appreciate it. Who knows, you might even be offered a tuna salad sandwich. If you are, sit down and eat it. And be sure to put the napkin on your lap instead of tucking it into your shirt collar like my friend Stan did. Boy, I can't take that guy anywhere.

And, as Mr. Harvey so famously said, "Now you know the rest of the story!"

Most of us who were alive on this fateful day in American history can tell you exactly where we were when we heard. My grandmother worked a few blocks from Dealey Plaza, so the whole experience was shattering to our whole family. The voices of certainty and security through the fog and fear of this day were Paul Harvey and Walter Cronkite. If you are old enough to remember, this radio broadcast will amaze you with the facts and clarity provided within a few hours of this horrific event. Remember, there was no Internet or instant channels of communication in those days. As I re-listened to this so many years later, I amazed at how some of our deepest and most troubling issues are the same, but the division that separates us seems so much greater.
- Phil Ware

"Tuna Salad and the Rest of the Story" by Philip Gulley is licensed under a Creative Commons License. Heartlight encourages you to share this material with others in church bulletins, personal emails, and other non-commercial uses. Please see our Usage Guidelines for more information.

PHILIP GULLEY is a Quaker pastor. He has been the voice of small-town American life. Along with writing Front Porch Tales, Hometown Tales, and For Everything a Season (and granted us rights to post excerpts of these), he is the author of the Harmony series of novels. Gulley lives in Indiana with his wife, Joan. (Visit the Author's Website)