Not Molded by Our Circumstances!

We can change our world for the better rather than having our values eroded by our circumstances! 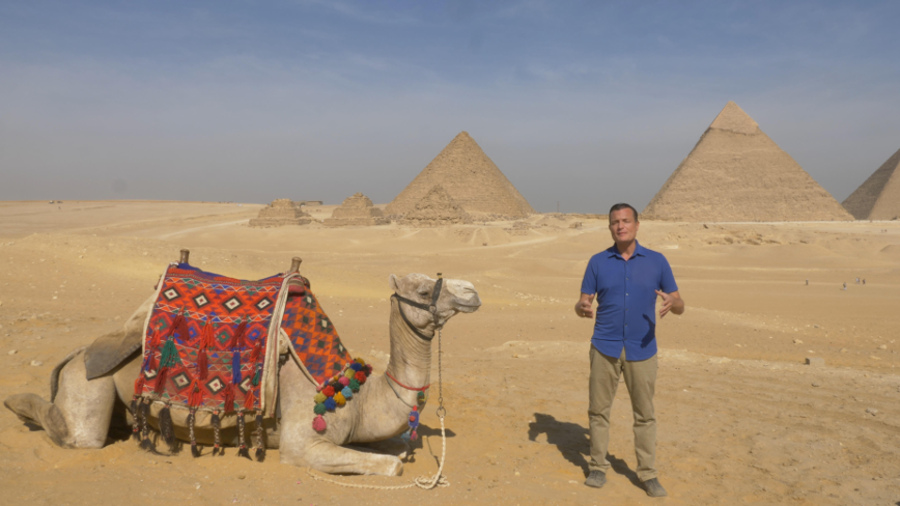 by James Nored & Phil Ware (03/27/2020) | Finding My Story in God's Story
You know the story. You probably heard it as a child. But this story is certainly not just a child’s story. We need to know this story because it reminds us that we can refuse to be ruled by the unfairness we face. We can live productively even if we began immaturely. We can choose to write our story based on our allegiance to God and how we finish our life's journey. No one does this better in the Bible than the person who is today's focus. Here's his story.

As a boy, he was a bit of a spoiled brat. His doting father enabled his bratty behavior. His brothers deeply resented him. Even more, they detested his arrogance. He told his brothers his dreams of being their superior. All the while, he was oblivious to his petty arrogance. They then plotted to kill him. At the last minute, however, an older brother mediated his sale into slavery to avoid having the murder of his bratty and favored brother on his hands.

Slave traders sold this boy into the most significant household in the world at the time. He grew in favor in that environment until his resistance to a sexual advance landed him in prison — yes, it seems, no righteous deed he did went unpunished during this time in his life. Steadily, over time, he grew in favor with the jail keepers and his fellow inmates. One fellow prisoner forgot him when he was released from prison. Another fellow prisoner did remember him, so he was returned to favor in the eyes of the world’s most important leader when he prophesied and interpreted this leader’s dreams.

The leader of the land placed him in charge of famine preparation that gave him great power and saved untold thousands of lives. Some of those lives were his own family, even his brothers who had sold him into slavery. Now, the second-most powerful man in the land, he forgave his brothers and brought them to live in this new land, just as it had been prophesied years earlier. This seemingly happy ending to such a horrible beginning took a dreadful turn years later, but then, that’s the beginning of another story that leads us to another leader. 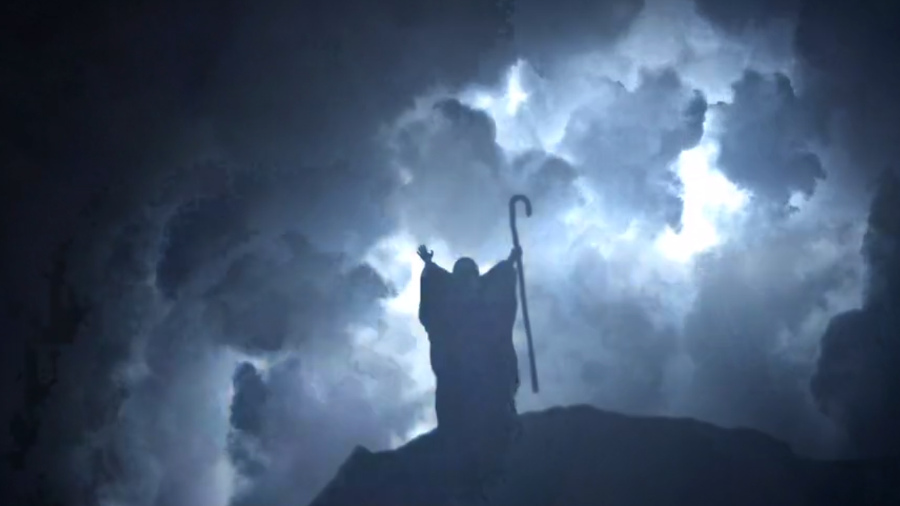 We have told a very short version of the Joseph story in Genesis — the Joseph story cycle is the longest in the Bible outside of the gospels telling the story of Jesus. Through all the intrigues, twists, turns, and challenges in Joseph’s personal story, one thing remained true of Joseph: He remained faithful to the compassion and character of God. James shares Joseph’s story with us in today’s video:

Joseph was faithful. He was a man of righteous character. Joseph was a person of gracious compassion! From the moment he was sold into slavery until the day he forgave and saved his brothers, Joseph consistently lived these characteristics of God. No matter what the circumstances, Joseph was faithful. No matter the temptation, Joseph maintained his righteous character. In the face of horrible situations, Joseph practiced gracious compassion toward those around him. 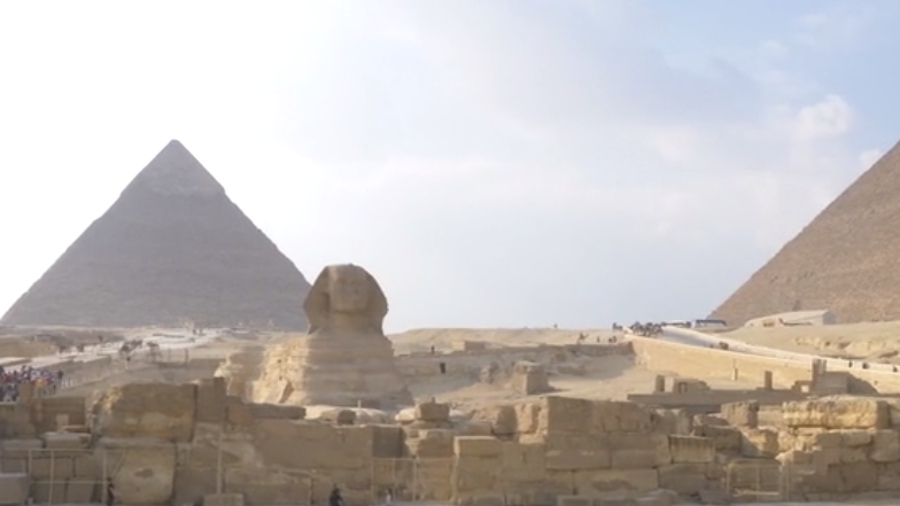 The Lord had said to Abram, “Go from your country, your people and your father’s household to the land I will show you.
I will make you into a great nation,
and I will bless you;
I will make your name great,
and you will be a blessing.
I will bless those who bless you,
and whoever curses you I will curse;
and all peoples on earth
will be blessed through you.
(Genesis 12:1-3).

Joseph's three virtues are the characteristics of God throughout his dealings with people — faithfulness, gracious compassion, and righteous character.
But, what about you? Did you start your story well, or did you mess up your life and your relationships? While we all want to start our story well, Joseph is a reminder that we can re-write our story. Circumstances don’t have to define us, but our allegiance to godliness can. Even when we fall short in portions of our story to the person we want to be, our faithfulness to be a person who reflects God’s values, his gracious compassion, and his righteous character, can lead us, and many others because of us, to be blessed by God.

Your story, our stories, matter to God. We might never be in the same position to change the world as Joseph did. However, we all are in a place to bless the lives of those around us. As we find our story caught up into God’s great story, let’s choose to be someone like Joseph. We can change our world for the better rather than having our values eroded by our circumstances!

With eyes wide open to the mercies of God, I beg you, my brothers, as an act of intelligent worship, to give him your bodies, as a living sacrifice, consecrated to him and acceptable by him. Don't let the world around you squeeze you into its own mold, but let God re-mold your minds from within, so that you may prove in practice that the plan of God for you is good, meets all his demands and moves towards the goal of true maturity (Romans 12:1-2, J.B. Phillips Translation).

Let's be God's people living out God's plan of blessing in a world of darkness and pain as we continue on down the road in our journey of redemption! 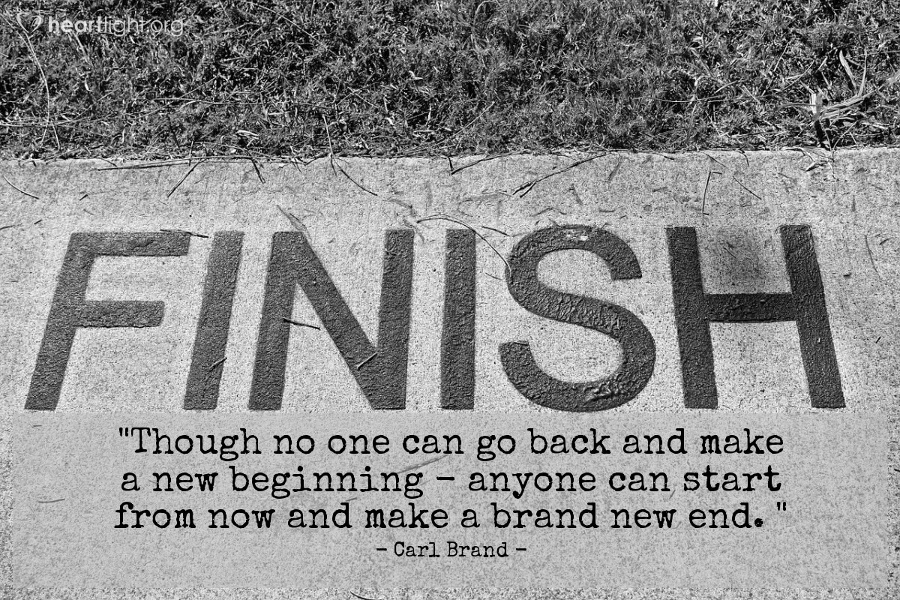 "Not Molded by Our Circumstances!" by James Nored & Phil Ware is licensed under a Creative Commons License. Heartlight encourages you to share this material with others in church bulletins, personal emails, and other non-commercial uses. Please see our Usage Guidelines for more information.