Who Is Really God?

Moses wanted Pharaoh and the Egyptians to see that only Israel's God was truly God. Anything in addition to God was less. 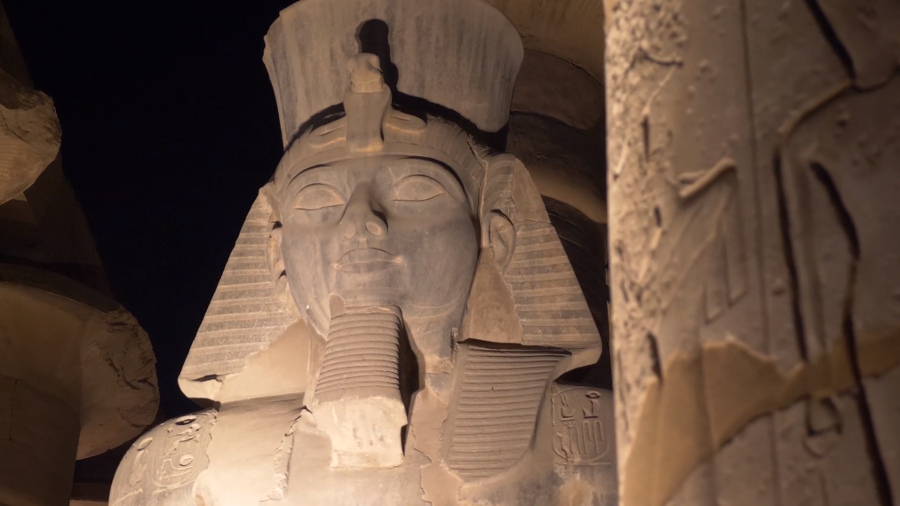 Moses said to God, "Suppose I go to the Israelites and say to them, 'The God of your fathers has sent me to you,' and they ask me, 'What is his name?' Then what shall I tell them?"

"Go, assemble the elders of Israel and say to them, 'The Lord, the God of your fathers—the God of Abraham, Isaac and Jacob — appeared to me and said: I have watched over you and have seen what has been done to you in Egypt. And I have promised to bring you up out of your misery in Egypt into… a land flowing with milk and honey'"

The story of the Bible focuses on the one true and living God who wanted to have a loving relationship with his human children. God repeatedly blessed those children with grace, but they turned away from him and chased after false gods. Adam and Eve left God for a lie in the Garden of Eden. God had blessed them with everything, yet they chose not to trust him. Even after their rebellion, God came searching for them in the cool of the day to discipline and reclaim them.

Their rebellion was the epitome of what sin, at its most basic level, truly is. Rather than enter into a relationship with God — to receive his grace and trust him — they chose another path, something less than God. Again and again, throughout the Scriptures, people, leaders, and nations repeated a similar process of rejecting God. They received grace. They came to believe that they were so significant that they knew how they should live better than God did. They rebelled against God and chose their way, sooner or later bringing destruction on themselves, their families, and their people. 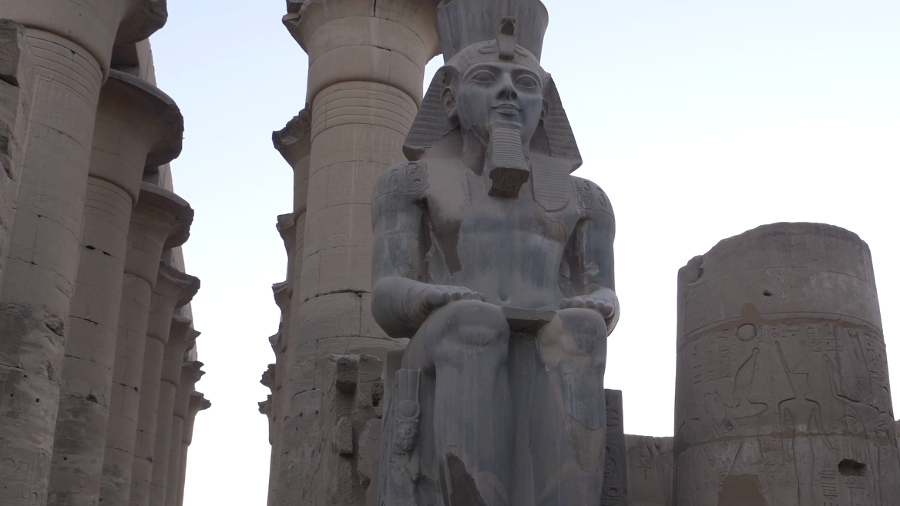 The story of Moses and the Exodus comes at the end to a four-hundred-year-long saga of arrogance and chasing after false gods by the Pharaoh and his people. The one true and living God of Israel, came with grace to deliver his people. He had seen his people's suffering. The LORD had heard their cries for help. So, he came down through his servant Moses to bring them deliverance. Pharaoh and Egypt, however, had other ideas. They had invested so much of their life and culture in the demonic world of false gods and viewing the Pharaoh as a manifestation of the great sun god they refused to believe in the real God because he was the slaves' God. They had grown so dependent on the slave labor of the Israelites, and they didn't want to face any consequences for their evil past.

As James Nored reminds us in today's video, Moses' appeals to Pharaoh were a showdown between the one true and living God of the slaves and the supposed gods of the mighty Egyptian people. At every turn, God sent ten plagues over areas where the Egyptian gods supposedly exercised power. With each of those plagues, God demonstrated both the impotence of Egypt's gods and his rule as the true God over every area of creation.

The showdown between Moses and Pharaoh was the battle for whose god was the one true and living God. This battle would be replayed throughout history again and again. Whether it was Elijah on Mount Carmel (1 Kings 18:22-24), Paul in Athens talking about the unknown god (Acts 17:16-31), or Moses and Pharaoh, the battle was over who was the one true and living God of all creation. At first glance, these old stories may not seem very relevant to us today. If we listen carefully, however, we can hear God's message for each of us in these stories.

Who are we going to place in the role of God in our lives?

Will we choose to view ourselves as masters of our fate and decide to discard the LORD God who has demonstrated his love and grace for us repeatedly?

Are we going to listen to the devil's temptations and choose our preferred way of negotiating life, or will be obedient to the true God?

Are we going to let God have lordship over every area of our lives, or are we going to break lifetimes down into tiny components and let God only rule over our religious lives while we decide morality, ethics, and standards on our own? 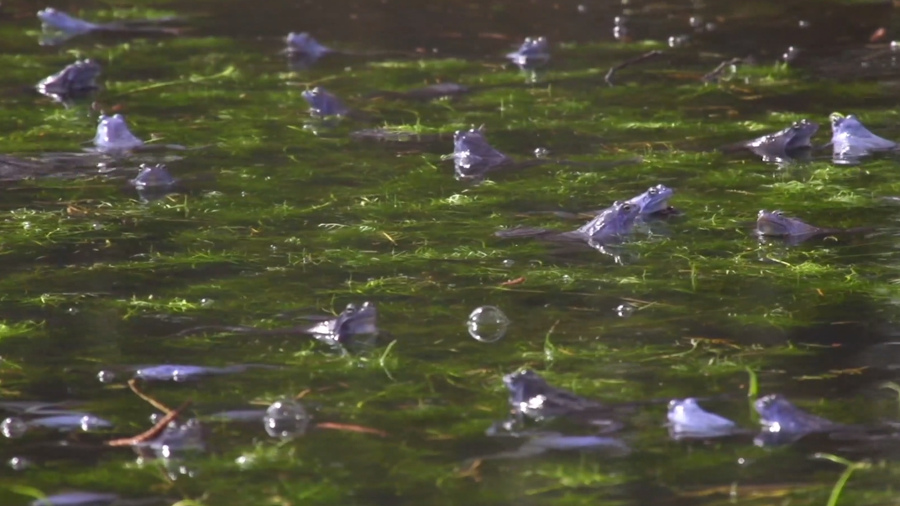 Many years after Moses confronted Pharaoh and God defeated the false gods of Egypt, a group of Christians in Colossae were facing challenges of their own. Because many of the people had not been led to Jesus by an apostle or person of note, many of them doubted that they had received the full gospel. Plus, the people had grown accustomed to having different gods and spirits control different areas of their lives. They worried they might miss out on something special if they didn't continue to honor those idols, powers, and spiritual powers of fate. Besides, some people weren't sure they wanted to live under this new, stricter morality that God was calling Christians to live.

Paul wrote his letter to the Colossians to proclaim that Jesus is God's exact manifested presence. Christ created everything. He holds everything together with his authoritative word. He brought peace to us by paying the penalty for our rebellion and sin with the sacrifice of his own body on the cross. 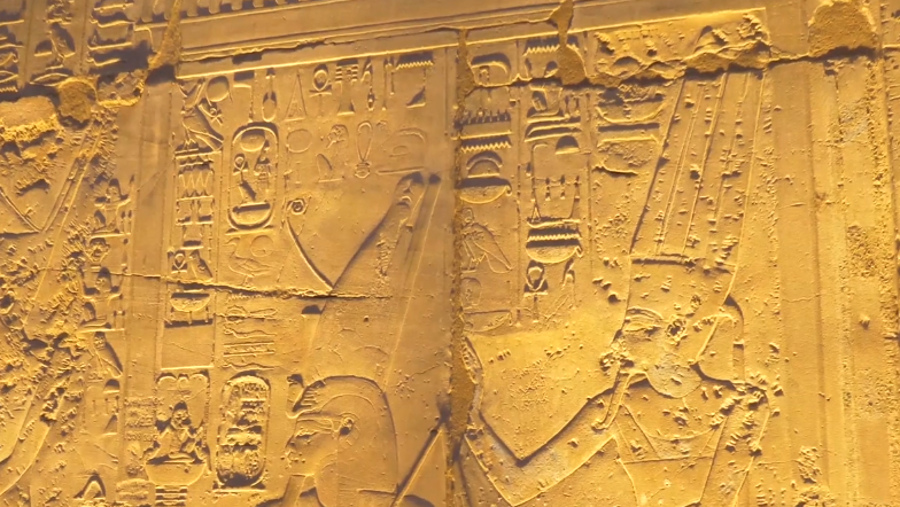 I don't know about you, but I refuse to be like Pharaoh.
The Colossian Christians, Paul emphasized, had received that grace by believing in Jesus' completed work on the cross and the resurrection. What's more, Paul emphasized, they had shared in those saving events through baptism because of their faith in the power of God. As new creations in Christ, they had begun a new life focused on Jesus as Lord. Jesus called them to follow him faithfully and live by his standards in a world in rebellion to him. God had joined their lives to Jesus' life; his victorious future was now going to be their future glory.

So, the showdown between Moses and Pharaoh is not irrelevant to our world, today. Moses wanted Pharaoh and the Egyptians to see that only Israel's God was indeed God. Anything or any little god they added to the one true God made God less for them.

Pharaoh had the opportunity to choose God or to believe his propaganda and hype — that he was a god. Pharaoh decided wrongly. But, as Paul reminded the Colossian believers, we shouldn't make that wrong choice today. When we choose God, we recognize Jesus as God. When we accept Jesus, we receive grace and the assurance of our firm hope of glory in Jesus.

I don't know about you, but I refuse to be like Pharaoh. I choose God. I recognize Jesus Christ as God come in human flesh. I trust that he is sufficient for whatever else comes my way. As God showed the Israelites in the Exodus, and later, in the wilderness wanderings, our God is more than enough because he is Lord of all!

Once you were alienated from God and were enemies in your minds because of your evil behavior. But now he has reconciled you by Christ's physical body through death to present you holy in his sight, without blemish and free from accusation — if you continue in your faith, established and firm, and do not move from the hope held out in the gospel. This is the gospel that you heard and that has been proclaimed to every creature under heaven, and of which I, Paul, have become a servant (Colossians 1:21-23). 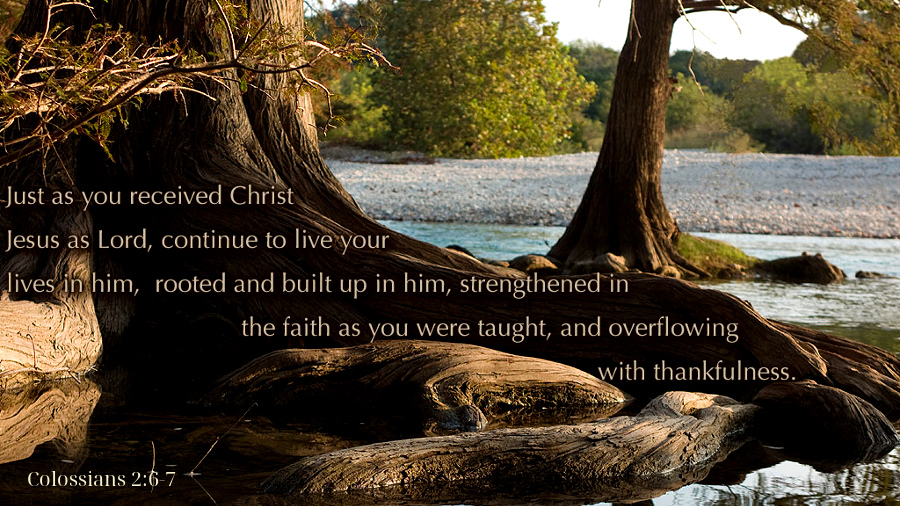 "Who Is Really God?" by James Nored & Phil Ware is licensed under a Creative Commons License. Heartlight encourages you to share this material with others in church bulletins, personal emails, and other non-commercial uses. Please see our Usage Guidelines for more information.