The Image of God

What a beautiful example of the movement from invisibility to humanity! It is so easy to allow the world to slip by as I attend to my very important tasks. 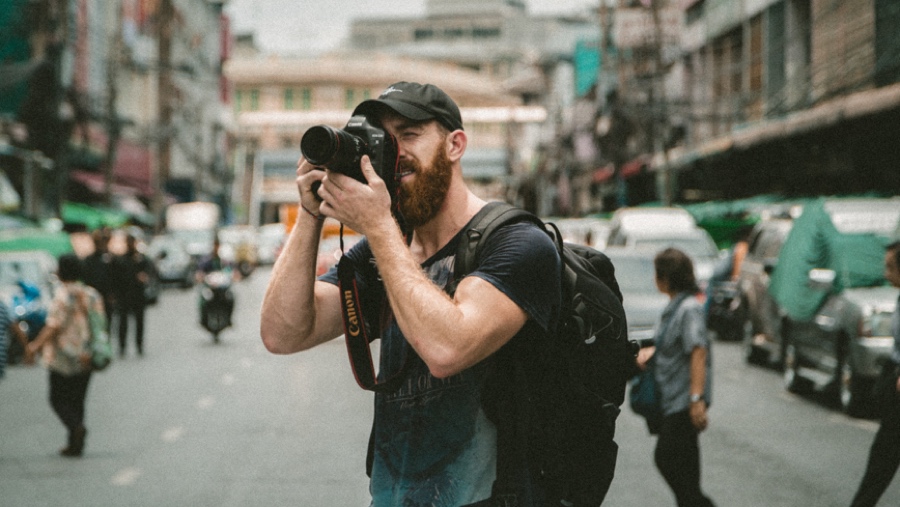 Then God said, “Let us make human beings in our image, to be like us…”

I recently heard a story of a man by the name of John who made a living as a photographer. He traveled around the world for his craft and was exposed to varying cultures and individuals — many with dire need. He expressed some discomfort with the multitude of people begging on the streets and wondered how best to deal with them. As is the practice of many of us, he tended to avoid eye contact as he passed them by. This was not mean-spirited, but an attempt to attend to the business of the day.

On one of his trips, John walked down a busy street in China and encountered a man who was without the use of his legs and one arm. The man sat in a wooden cart that allowed him to navigate with his good arm. As John walked by, the man asked him for help. John kept walking without acknowledging the man. This rejection did not discourage the man, and he followed, expertly navigating through the crowd.

John picked up his pace, but the man stayed right behind him. At the end of the block, John crossed the street, thinking that this would dissuade him. But it did not! The man continued. Another block and John felt he was almost running. The man stayed right on his heels. As John neared the end of that second block, he abruptly turned around. The man almost collided with him but stopped in time to avoid hitting him. The two looked at each other for a few minutes and then both burst out laughing. They went to a tea shop and spent the morning sharing their stories.

What a beautiful example of the movement from invisibility to humanity! It is so easy to allow the world to slip by as I attend to my very important tasks. How simple it is to stop and look a person in the eye and recognize them as significant — made in the image of God. It costs me so little to do so. What right do I have to devalue someone whom the Creator has deemed as valuable? 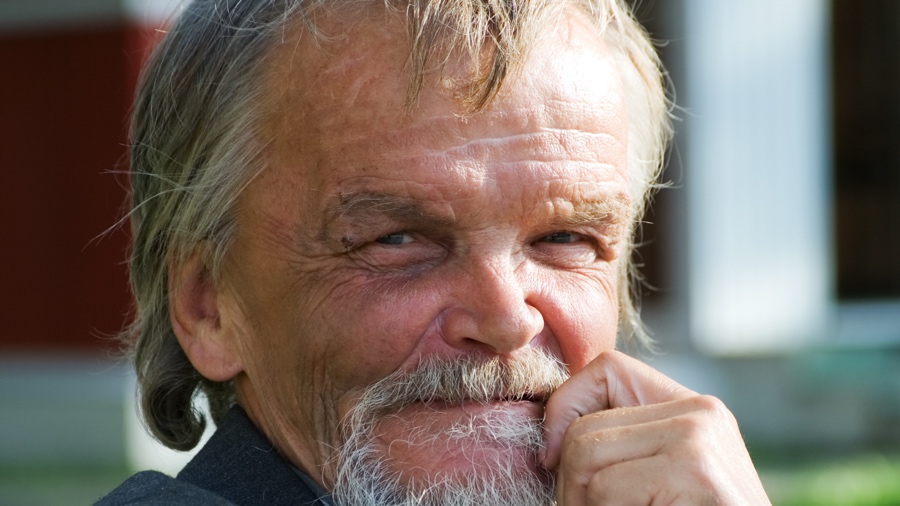 Mother Teresa saw Jesus in the poorest of the poor. When she picked up a person on the street, she was picking up Jesus. When she fed a person, she was feeding Jesus. When she bound the wounds of a leper, she was tending to Jesus. When they opened a Sisters of Charity House in the states for the first time, she said that the poverty of the wealthy nations was different from that of the third world countries. She said the greatest poverty in those nations is loneliness.

People are forgotten and dismissed. They are invisible. Jesus, however, seemed to see this type of person more than most. He served people at every level of socioeconomic status, yet he spent most of his time with the marginalized. And, his interactions had a common pattern. He looked at the person, touched them, and spoke to them. He recognized the value each person had before God.

We may not all have the opportunity to befriend the marginalized in the manner of Mother Teresa. However, we must come to terms with our compassion for others being part of the work of God in this hurting world.

In what way can we join in?

Giving financially is one way, of course. There are many organizations that need our help as they work on the front lines with people in need.

Our eyes are opened to the immense family of which we are each a valuable part!
Another way is to open our eyes to those who are “invisible” in our context. There are so many! This personal contact is a way that we can join this work of God in a more direct manner.

But we can find a myriad of other ways to connect to the invisible, left out, and forgotten.

Do I know the name of the person from whom I pick up my dry-cleaning? Have I asked about their family?

When I am waiting for my check after dinner, is there an opportunity to bless the frazzled waitstaff?

Can I thank the person I see week after week caring for the grounds at my work or home? They are so often ignored and unseen.

When I am able to see these people through the eyes of my heart, I see them in a different way. I recognize that God has brought them into my path for a reason — to have the opportunity to be God’s touch of love to them.

This way of seeing the invisible is something my parents modeled. Regardless of the person they met, they took an interest. I remember as a teenager going to the grocery store with my mom. It took forever! to get through the checkout line because she had to ask the cashier for their whole life story (See my eye roll as an adolescent.) It was later that I recognized the gift she was giving me — the opportunity to learn to recognize the value of each person.

The other day, I was back in the building where I formerly worked. I had been gone for four years, and I was back there to teach a weekend course. I was pleased to see Anna, the janitor, who had cleaned the floor of the building the entire time I had officed there. She works very hard physically, yet I do not recall a time that she did not exhibit a positive spin on life.

When Anna saw me, she gave me a big hug and grinned her lovely grin. I asked her how she was. Her face darkened for a moment. Her forty-year-old son had been stopped for a traffic ticket and was in jail waiting to find out whether he would be deported. He has lived and worked in Nashville for twenty years and had a wife and children here. They were going to lose his income and might not see him for years. I said, “I’m so sorry, Anna. That is awful.” Her smiling face returned, and she said in broken English, “It’s okay. It will work out. Even if he has to leave, we will be okay. We always find a way.”

I left that encounter sad, but with a full heart. I wanted to bless her in her sadness. I think I may have done so by sharing my personal concern for her. But, it was Anna who gave the greater blessing. She reminded me, as she had many times before, that we are fortunate beyond measure. No matter our circumstances, there is much for which to be grateful.

Herein is the true blessing: We get to see that each of us, and all of us, are children of the King of glory. We are made in God’s image. It is not that we reach down to the lowly and bestow them with the magnificent gift of our acknowledgment. No! It’s that our eyes are opened to the immense family of which we are each a valuable part. We encounter Christ — whether in a man in a cart in China or through a cleaning woman in an office building — and perhaps, they encounter Christ in us. The opportunity to “see” another in all her or his brokenness and beauty, alongside our own. The imago dei in us all.

A man with leprosy came and knelt in front of Jesus, begging to be healed. “If you are willing, you can heal me and make me clean,” he said.

Moved with compassion, Jesus reached out and touched him. “I am willing,” he said. “Be healed!” 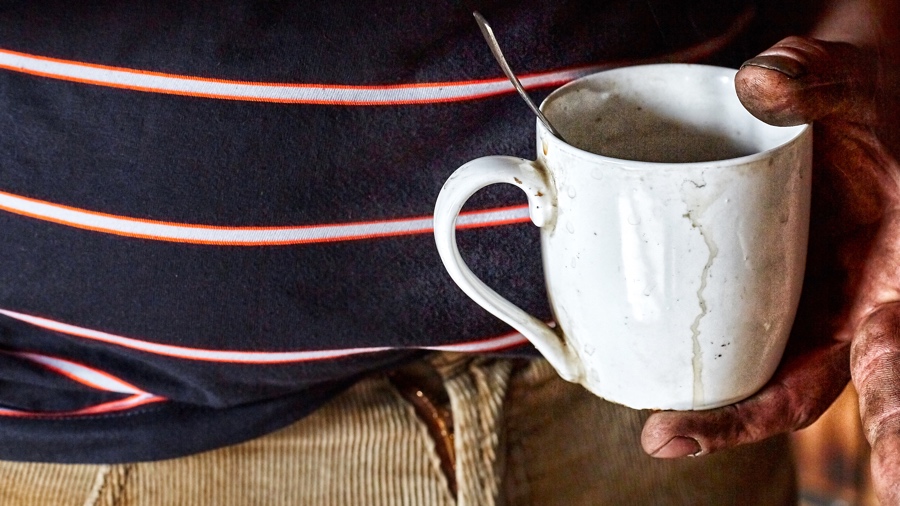 "The Image of God" by Jackie Halstead, Ph.D. is licensed under a Creative Commons License. Heartlight encourages you to share this material with others in church bulletins, personal emails, and other non-commercial uses. Please see our Usage Guidelines for more information.