Give Me Jesus: After

Christmas isn't over; it has only just begun if we recognize that it is our job, together, to be Jesus to the world! 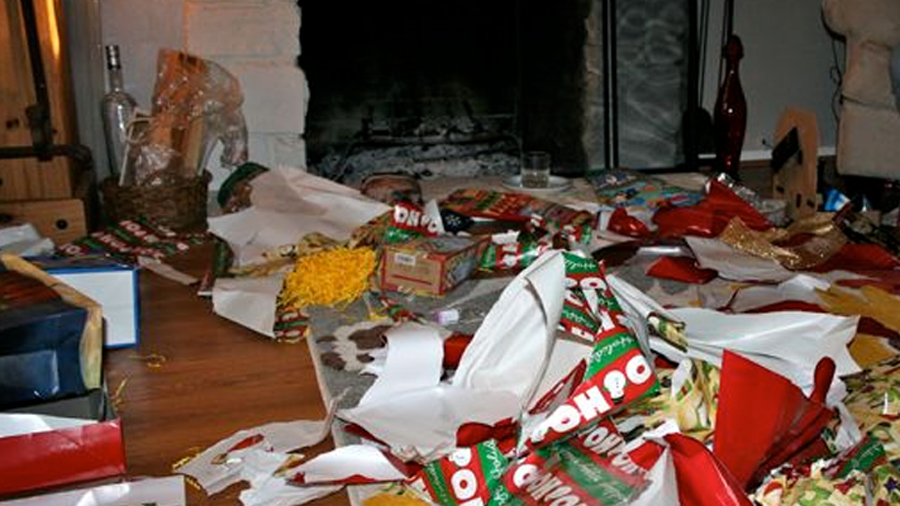 All the gifts are all unwrapped. The brightly colored wrapping paper and bows are headed for the garbage. Most of the food has been eaten, and many of the leftovers are gone. Much of the joyful anticipation of the season is behind us, and we are left with the after part, the hard part, of Christmas. Family and guests have left on their long journey home, or we have left to hit the road on our own long journey. While some emotions are left a little tender from unfortunate words that were spoken, we are mostly filled with the joy of the season. However, a touch of melancholy echoes in our hearts now that Christmas has passed.

For many of us, our focus has already shifted to the work that awaits us after the holiday. We're bracing to face the challenges of everyday living.

We could go on and on about our "to do" list along with our worries and task lists for the New Year!

But wait! Whether we realize it or not, we are left with a choice about what we will do with Christmas. This past Christmas doesn't have to be little more than a memory; it can be our reminder of Jesus' coming again. If Jesus came to our world once as a baby, shouldn't we expect him to come again? Didn't he promise to return?

Most followers of Jesus have heard about Jesus' coming at the end of time. He promised to return in glory. The early church proclaimed this truth. Many of the early disciples waited for his promised coming with great anticipation:

Brothers and sisters, we do not want you to be uninformed about those who sleep in death, so that you do not grieve like the rest of mankind, who have no hope. For we believe that Jesus died and rose again, and so we believe that God will bring with Jesus those who have fallen asleep in him. According to the Lord's word, we tell you that we who are still alive, who are left until the coming of the Lord, will certainly not precede those who have fallen asleep. For the Lord himself will come down from heaven, with a loud command, with the voice of the archangel and with the trumpet call of God, and the dead in Christ will rise first. After that, we who are still alive and are left will be caught up together with them in the clouds to meet the Lord in the air. And so we will be with the Lord forever. Therefore encourage one another with these words (1 Thessalonians 4:13-18 — emphasis added).

Jesus promised us that he would come again! In fact, if we die before his return, we go to be with him (Philippians 1:18-23; 2 Corinthians 5:1-8). Our relationship with the Lord is never broken: not even death can separate us from Jesus' love for us (Romans 8:32-39). At Jesus' final coming, our mortal bodies will be made like his glorious, immortal, and heavenly body (1 Corinthians 15:35-58). We will share in his presence and in reunion with each other, forever! We look forward with great anticipation to the glory of this final coming. We anticipate our victory over sin and death forever. We long for our reunion with those whom we dearly love and have been taken from us this past year by death. Christmas and Jesus' first coming should make us even more excited for his even greater final coming!

While the coming of Jesus to Bethlehem as Immanuel was glorious, his final coming will be even more glorious and our blessings even more wonderful. Rather than be discouraged, weary, and depressed that our Christmas season has passed for another year, we can look forward to the victorious coming again of Jesus in the glory of his angels! The manger doesn't just mean the cross and the resurrection; it also means that the Lord will return and reunite all who longingly anticipate his final coming (2 Timothy 4:8)!

The joy of anticipating Jesus' final coming should motivate us to bring about his often forgotten "second coming."

Many folks look at me quizzically and wonder what I mean. Most folks talk about Jesus' second coming as his final coming. A few are brave enough to ask: "What do you mean? I thought Jesus' final coming was his second coming?"

Ah! Let's not miss the point and the promise of Jesus' second coming.

Jesus' disciples didn't leave his ascension just to wait for his final coming. They were given a mission. They were to make disciples of all peoples (Matthew 28:18-20). And those disciples — including those of us today — have the incredible mission to bring about Jesus' second coming. We are to be the second incarnation of God into human flesh. Our work as disciples, our mission as Jesus' people, is to make Jesus' second coming real to the people around us.

Jesus hinted at this mission when he confronted Saul — later known to us as the apostle Paul — on the road to Damascus. He spoke to Saul and said:

What Jesus did for people, his followers are to do. How Jesus cared for people, is how his disciples are to demonstrate care. Those whom Jesus served, the church is called to serve. Those Jesus loved in his day should be shown love by his people in their day. Jesus' values should the values of his followers. Jesus' mission, should the mission of his disciples (John 20:21).

That means that we, as the followers of Jesus today, are this second coming of Jesus to the world. We are called to restore the presence of Jesus to the world through our gatherings of faith — whether we call them churches, missional communities, small groups, house churches, or Jesus gatherings. When we take the Lord's Supper, we don't just remember Jesus' body and blood on the cross (1 Corinthians 11:23-26). We also recognize that we are the body of Christ, his physical presence, in our world (1 Corinthians 10:16-17; 1 Corinthians 11:29).

We are the people who know that earth is the visited planet. Not only are God's fingerprints on our universe as its Creator, but God's footprints have left their imprint on the hills and roads of Galilee, Samaria, and Judea. Jesus came because he loves the people of this world and wants them saved (John 3:16-17). So, before his final coming in glory, he calls you and me to come together and be his presence — his second coming — to the world. Our job is to tell and to demonstrate his great love for all people and his desire to have them in his family.

Dear friend, Christmas isn't over, it is just beginning! Just as the star shined in the sky to guide seekers to Jesus at his first coming (Matthew 2:1-2), we are called to be the stars in the dark universe to guide seekers to Jesus today (Philippians 2:5-15). So, as we journey away from this year's Christmas celebration, let us move forward and do as the shepherds did:

When they [the shepherds] had seen him, they spread the word concerning what had been told them about this child, and all who heard it were amazed at what the shepherds said to them. ... The shepherds returned, glorifying and praising God for all the things they had heard and seen, which were just as they had been told (Luke 2:18, 20).

And those disciples — including those of us today — have the incredible mission to bring about Jesus' second coming. We are to be the second incarnation of God into human flesh.
But more than just talk about Jesus having come to earth, let's go out and be Jesus to the people of our world! Christmas isn't over; it has only just begun!

This is the last part of a four-part Christmas series entitled: "Give Me Jesus":

Each has a YouTube video attached to add to their impact and blessing.

Shepherd Image from The Lumo Project and Free Bible Images.

"Give Me Jesus: After" by Phil Ware is licensed under a Creative Commons License. Heartlight encourages you to share this material with others in church bulletins, personal emails, and other non-commercial uses. Please see our Usage Guidelines for more information.