We're not built to resist the passage of time, any more than the grass and flowers in a meadow are. 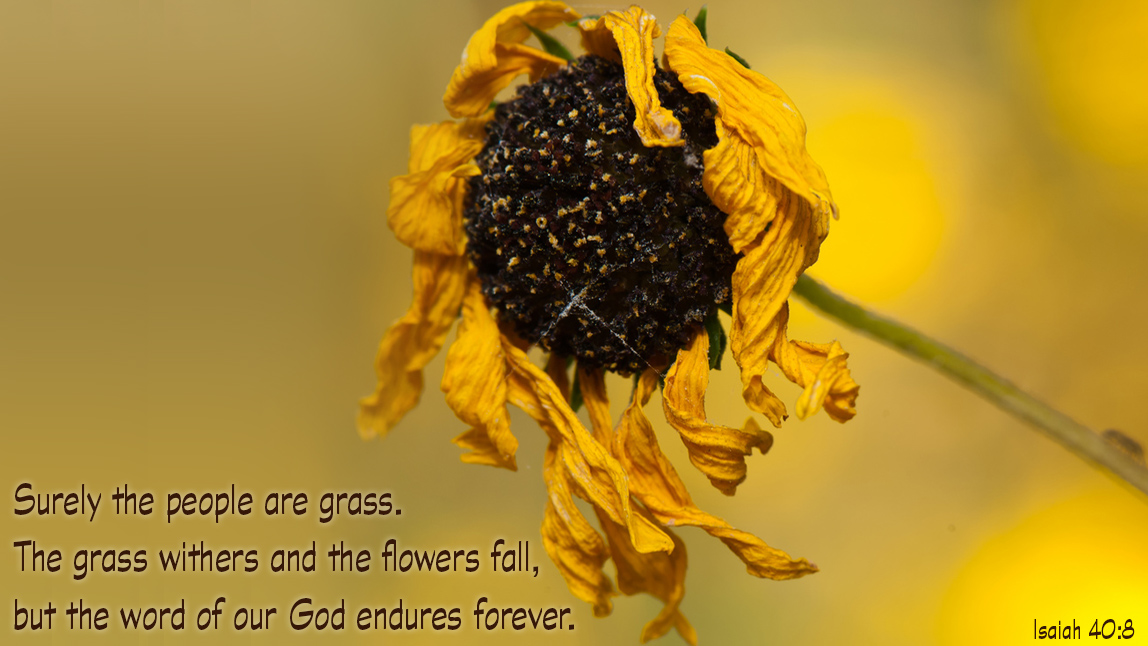 Maybe you've heard of the "Mindset List." It's the creation of Beloit College Professor Tom McBride and former Beloit administrator Ron Nief, originally created to keep faculty members aware of how quickly "contemporary" references in lectures can become dated. Each year a new list for the entering freshman class is created, and its main function for non-college students or professors seems to be simply to make us feel old. I'm especially interested this year since my son is a college freshman. (One of his friends is at Beloit.) Some excerpts follow from this year's list, in case you were thinking that you really aren't all that old.

For their generation, Ali/Frazier means a fight between their daughters, and Serena Williams has always been winning Grand Slam singles titles. Women's basketball players have always had their own Hall of Fame. John Elway and Wayne Gretzky have always been retired athletes.

They have never had to watch a TV show at its scheduled time. For them, Bluetooth has always been keeping us wireless and synchronized, and there have always been iMacs on desks. Airline tickets have always been purchased online. Ice makers on refrigerators have never been a novelty to them. They've always preferred text to email.

They disagree with their parents over which is the first Star Wars movie. War films have always shown horrific battle scenes inspired by Saving Private Ryan. Michael J. Fox has always been better known as an activist for Parkinson's research than as Alex P. Keaton.

In their lifetimes, Exxon® and Mobil® have always been one company — that doesn't own any gas stations. Presidents have never had line-item veto power. A Bush and a Clinton have always been campaigning. While chads were hanging in Florida, they were potty-training in all fifty states.

It seems that we instinctively freak out about change and the passage of time. We don't like it when things change around us. Hang around an office one day when they upgrade the computers and you'll see it. Or a church when they change — well, pretty much anything. As a rule, change makes us uncomfortable. We develop little shortcuts in life, routines that revolve around things generally staying the same. It can be downright unsettling when things change and those little shortcuts don't work anymore.

And, of course, the most unsettling changes of all are the changes that we see in the mirror. A few more lines in the face. A few more gray hairs. A little more width around the middle. The inability to hold what you're reading far enough away from your face to get it into focus. All evidence of the one change in the world that affects all of us most deeply: that one day we won't be here anymore.

We develop little shortcuts in life, routines that revolve around things generally staying the same.
Our world hysterically screams that we have to resist the passage of time. It sells us creams and dyes and exercise equipment and clothing and surgeries that will make us look — more or less — like the passage of time isn't affecting us. But that's an illusion, of course, as evidenced by the fact that it gets harder and harder to pull off as the years go by. However loudly our culture screams that we must look untouched by age, over the din you can still hear the rush of the river of time.

"People are like grass, and all their glory is like the flowers of the field," the prophet reminds us. It's a good thing he does; otherwise, we might forget what really matters. We're not built to resist the passage of time, any more than the grass and flowers in a meadow are. We navigate a changing world in dying bodies, and all the hair coloring and pilates in the world won't alter that. In some cases we can improve a little on Job's "three score and ten," but not forever. "The grass withers and the flowers fall," the prophet says. "Surely the people are grass."

"The word of our God stands forever." Yesterday, today, and tomorrow, what God says is true. What he speaks, exists. Isaiah's point in reminding us of our mortality is to remind us of God's glory. "The glory of the LORD will be revealed, and all mankind together will see it," he says. "For the mouth of the LORD has spoken" (Isaiah 40:5).

So bring on your "Mindset List," Beloit College. You don't scare me. I know how to make ice in a tray. 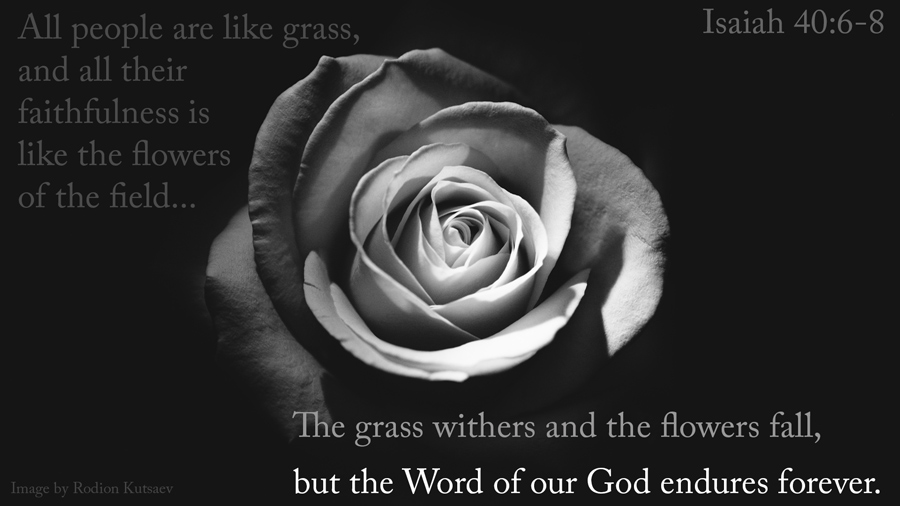 "The Mindset List" by Patrick D. Odum is licensed under a Creative Commons License. Heartlight encourages you to share this material with others in church bulletins, personal emails, and other non-commercial uses. Please see our Usage Guidelines for more information.