Staking God's Claim on Our Lives

God's Word is powerful in our lives when we go public with our faith and commitment to Him! 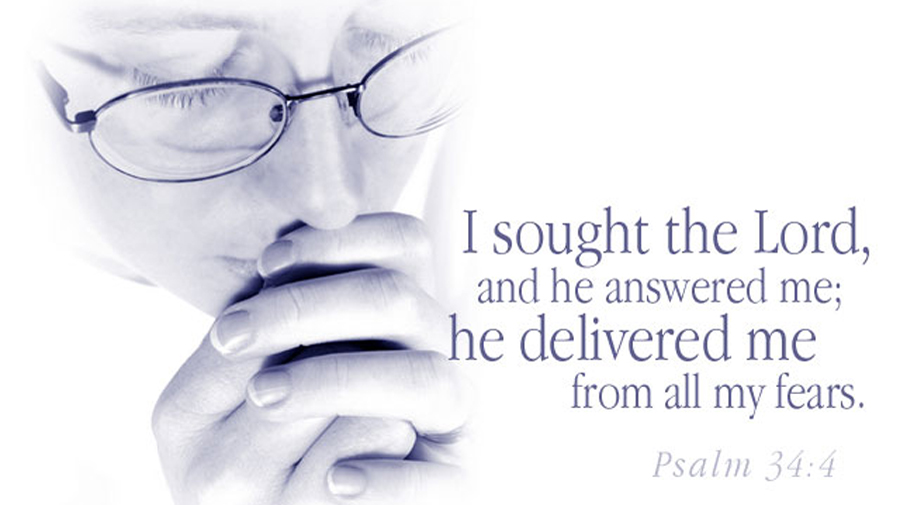 Finally, be strong in the Lord and in his mighty power. Put on the full armor of God, so that you can take your stand against the devil’s schemes. For our struggle is not against flesh and blood, but against the rulers, against the authorities, against the powers of this dark world and against the spiritual forces of evil in the heavenly realms (Ephesians 6:10-12 NIV).

Here is my definition of Spiritual Warfare: Things happening in the PHYSICAL world because of the actions of beings in the SPIRITUAL realm. (And make no mistake: PRAYER affects those unseen beings.)

Raised in a Christian environment in a very conservative home in Texas, I look back now and realize that I didn't think of God as “The Great I AM,” but the "I Used To Could."

The apostles are dead, the church is now established, miracles have ceased, and God is watching to see what happens.

Now I realize that nothing could be further from the truth (Psalm 139).

God made a series of events occur that rocked my world and helped me to see Him as the light of the world, the giver of dreams, the worker of miracles — that's why we still pray! — and the great I AM. "I am" is the continuing action form of the verb "to be": our God is and always will be the great "I AM!" My whole life has changed with this understanding.

I had been writing my third book, My Search for Prayers Satan Hates, when I got the call from an old friend.

"Steve," he began, "I've got a life-long friend who is not a Christian. I've been trying to lead him to Christ for 25 years. He's been mad at God for a long time. I know you're writing on spiritual warfare right now, and he has a spiritual warfare problem. Would you be willing to talk to him?"

"Sure." So the meeting was scheduled.

"I have demons on my property."

Oh. Wow. I'm not the one to call. You've got the wrong guy. That can't happen today. It doesn't work like that anymore. I need to go now. All these thoughts were running through my head as he fearfully explained how he knew there were demons on his property.

At this point, I didn't know if they were real demons or imagined ones. But, I knew that they were real to the man. This understanding was revealed in his next statement:

"I'm this close to suicide, and I just wanted to talk to you first." He was holding his thumb and index finger just a little bit apart.

Then I began to pray even though he was still speaking, "Lord, he's not a Christian and he's talking about suicide. Tell me what to say to help him..."

As soon as I prayed, the following Scripture came to mind:

You must commit yourselves wholeheartedly to these commands that I am giving you today. Repeat them again and again to your children. Talk about them when you are at home and when you are on the road, when you are going to bed and when you are getting up. Tie them to your hands and wear them on your forehead as reminders. Write them on the doorposts of your house and on your gates (Deuteronomy 6:6-9).

"Don't do it; don't kill yourself," I interrupted. "The Bible is full of bizarre stories like talking snakes and walking on water. Let's try something bizarre. Let's put Bible verses on tent stakes and stake out your place and see what God does."

And everything changed. Everything.

This suicidal man became a believer and was baptized the next week.

The Great I AM!

I can't make this stuff up. And I'm the last guy you should be hearing miracle stories from.

God is NOT the great "I Used To Could"; He's the great "I AM."
Others tried this same idea about praying, placing God's name on stakes, dedicating themselves and their space to the Lord, and things sort of exploded... in a good way, a "God way!" I was talked into selling stakes along with my books explaining how to use them in faith and with commitment. I now sell way more stakes than books. Paul made tents to support his ongoing ministry. I have stakes that go with his tents.

We call them "Spiritual Warfare Stakes."

Two things are at work here: 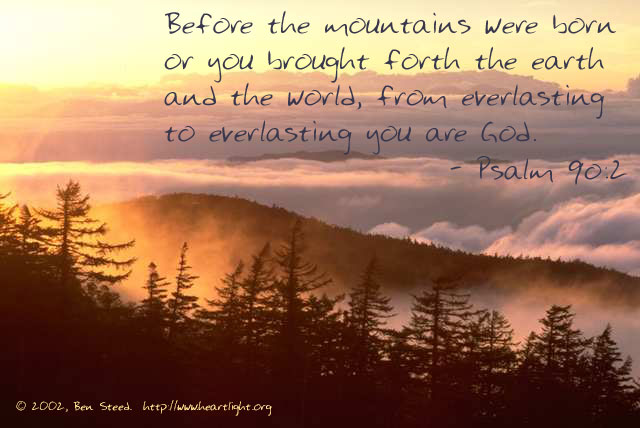 I look around me and see that Satan has taken the land. He's put his best guys in Washington D.C. and in Hollywood — in politics and media. That's been a very effective strategy. It's got us all angry at each other and fearful about our future. Let's turn off the television and love our neighbors. I say we mark off the land, dedicate our hearts spaces to God, and take it back in Jesus' name, one house at a time! Are you with me?

How's YOUR faith? Do you have God at the center and surrounding your life and your place by faith?

In the city where I live, the local Clergy Coalition and the Area Ministerial Interfaith Alliance heard about what I was doing and invited me to attend one of their board meetings. They were so excited about what God was doing with these ideas that they formed a Spiritual Warfare Committee to plan an area wide event. I was involved as an advisor.

The committee invited 22 key Pastors and ministers to attend one of three informational sessions where I explained how God was using the stakes as an act of faith. We gave each attendee a free book and set of stakes. We unveiled a city-wide plan to offer some spiritual warfare training over three evening sessions. Audio files of the training are also being made available for those who cannot attend the training.

These plans culminate in a Saturday event the following month to stake out our city for God, inviting the Holy Spirit and Jesus to be at work redeeming our town. We will all meet for location assignments and group prayer. Stakes will be handed out to be placed near the city limit sign of every road coming into town. Each group will be placing the stakes in their assigned location at the exact same time, followed by prayer and an invitation for the Lord to have control of our hearts and our city. Every participant will be encouraged to be dedicated to prayer for our city. 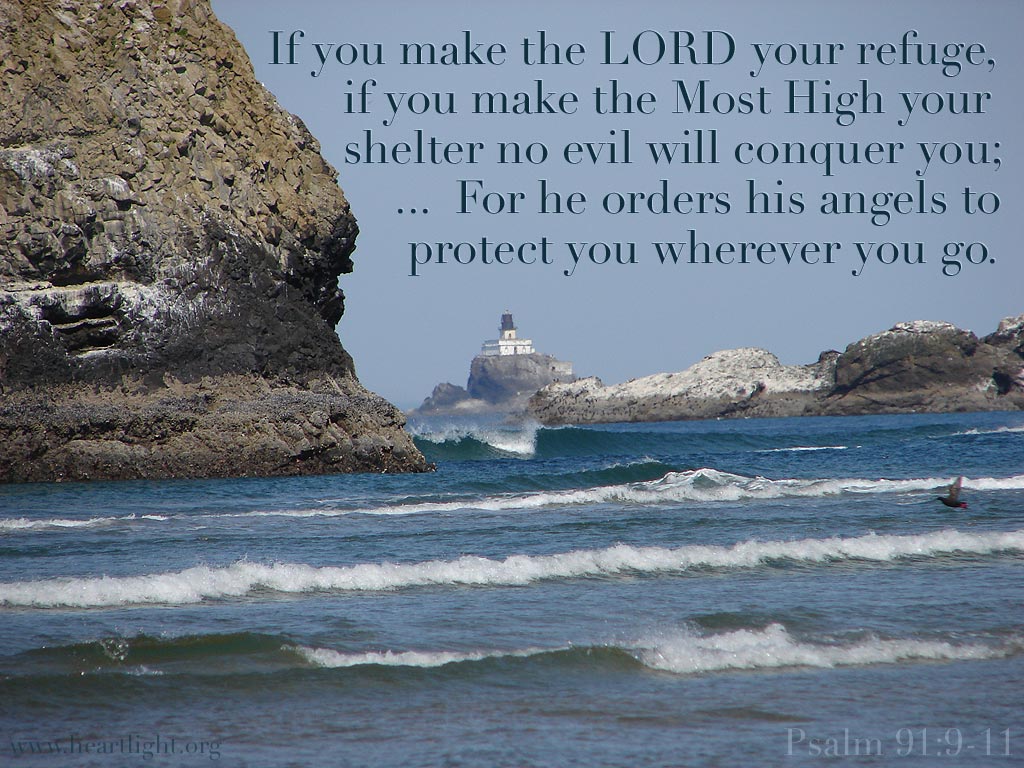 "Staking God's Claim on Our Lives" by Steve Hemphill is licensed under a Creative Commons License. Heartlight encourages you to share this material with others in church bulletins, personal emails, and other non-commercial uses. Please see our Usage Guidelines for more information.

Steve Hemphill is an inspirational Christian author and speaker who challenges people to believe what God says about heaven and the power that He longs to give them to defeat the evil one through faith, prayer, and trust in God's Word. Steve's books include: My Search for the Real Heaven; My Search for Prayers Satan Hates; and, What Are The Stakes? (God Markers On the Land). (Visit the Author's Website)