To Jesus, she's more than just another forgotten little girl! 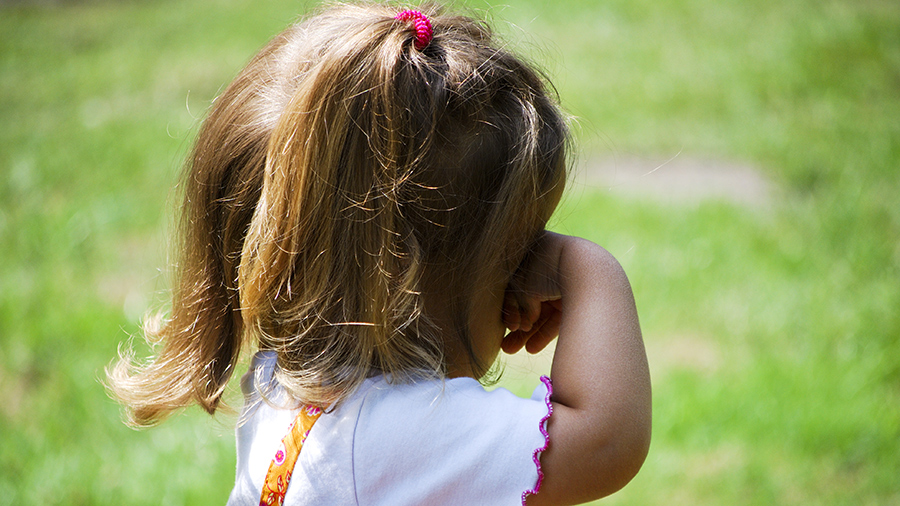 by Phil Ware (09/20/2016) | The Jesus Window
She played peekaboo around the person between us in the crowded lobby. As we peered around that person, we took turns smiling and then hiding from view. Even at a quick glance, her eyes looked about two hours overdue for her late morning nap. She was happy for the distraction. Then, the person standing between us left. The game was over. She began fighting to stay awake more fiercely.

This first little girl was like so many little girls in the world who are sleepy, cranky and fighting nap time. She rubbed her eyes. She fought to keep her head from bobbing up and down. She looked from one person to the other to the other trying to keep herself awake with their attention to her. Finally, the inevitable: she began to cry that cranky cry kids use when they don't want to lie down but are too worn out to do so quietly and simply. I've been all over the world. I've seen children in all sorts of cultures. What played out in this office could have happened anywhere.

This first little girl was unlike so many little girls in the world who are sleepy, cranky and fighting nap time. She was in her daddy's arms — she has an active daddy in her life! She was given a bottle of healthy, fresh, vegetable juices — she has parents actively involved in her nutrition and making sure she has enough of the right things to eat! She was clean and dressed in cute clothes — she didn't live with a dirt floor in an unsanitary part of town or a village scrounging for shoes and clothing! She reached her arms out for her mother and her mother instinctively, lovingly, and tenderly comforted her for a few minutes — she had two parents who were available to her! There were statements of faith around the lobby and her mother's office — this was a little girl who would be raised with faith by parents who love her in every way!

My mind jumped back to a second little girl who lives very far away. This second little girl was about the same age as the first little girl when I met her. However, things were very different for the second little girl. He dad was not in her life — her mom didn't want him to be there because he was not a good man. The floor in this second little girl's house, though frequently swept, was dirty from all the traffic coming into the neighborhood bar her mother ran. Bar patrons tracked in dirt and who knows what else into this little girl's house. Yes, this bar was her house. Her bedroom was behind the bar. There was a play area behind a curtain that separated the actual bar from the living quarters. Her mom ran the little bar to try to make ends meet and provide living space for her family. However, this was no place for her children to visit, much less to live. The bar, playroom, kitchen, and bedroom were half of the structure. The other half housed a man that made my skin crawl — the way he looked at women and little girls made me nauseous, protective, and deeply concerned. 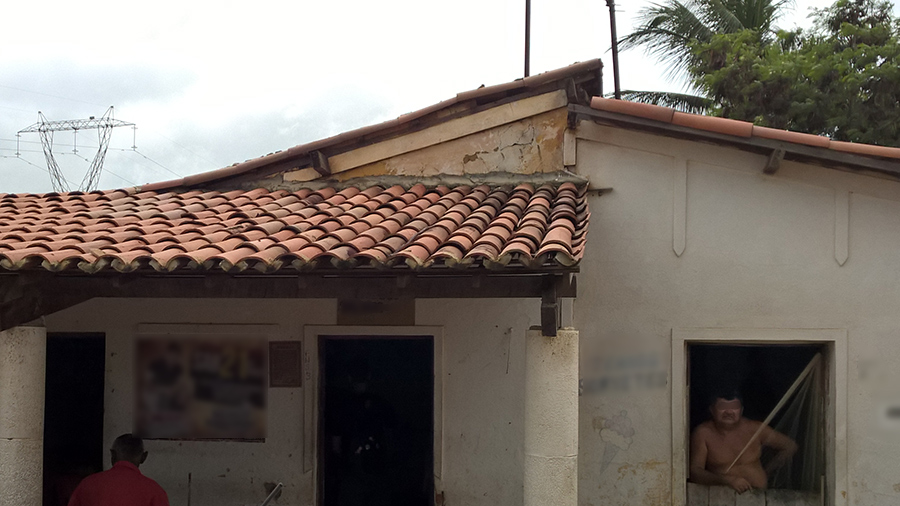 Every daddy alarm inside me was screaming inside me telling me to take this little girl and run.

What hope is there for this second little girl?

What real chance at life does she have?

Would she have children because of drunken men taking advantage of her?

What abuse and neglect and heartbreak would she have to overcome just to have a normal life?

All I know is that this second little girl's grandmother got her involved in a small church near where they lived. She was then approved to receive a sponsor through Compassion International. Donna and I had asked for a little girl from this area, and when given the opportunity, we specifically sponsored her. I made a trip to her country to meet her and to see how Compassion was being run there. I was blessed to meet her, give her a few presents, see her at her pre-school, share lunch, get a few sweet hugs, meet her little family, and see where she lives. 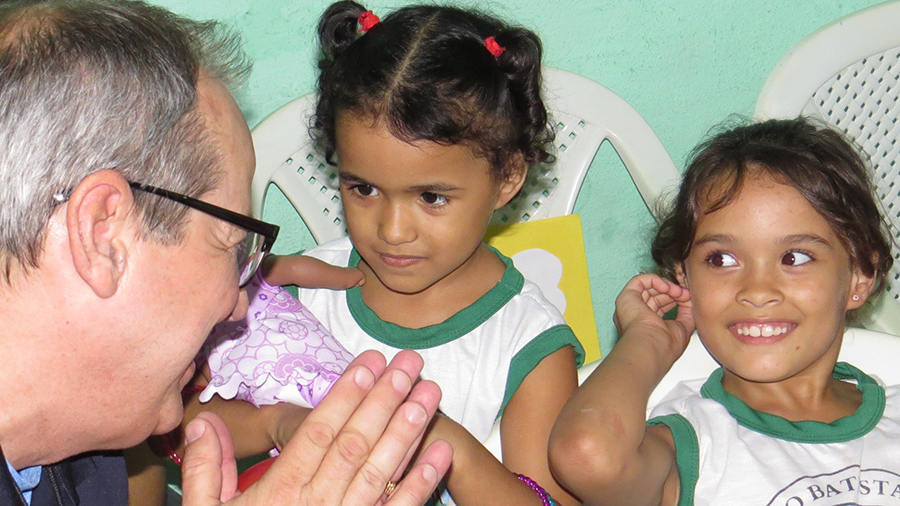 However, the image of that man haunted me. The situation horrified my wife, Donna, when she saw his picture. We were comforted knowing that our sponsorship meant this little girl received a school uniform for a Christian pre-school, an opportunity for education, regular inoculations, necessary nutrition, required governmental documentation for legal protection, and other basic things she needed to have a chance at life. We were thrilled that our sponsorship gave this little girl an opportunity to know Jesus — not just as a subject in class but as a Savior who made sure she could be a little girl who is receiving love in tangible and practical ways.

But, there were still so many obstacles for her. After all, she is still just a little girl growing up in the back of a bar with mom doing the best she can with what she has, in a bad neighborhood, with no advantages... except for two important ones: Jesus and his work of...

Compassion from a Lord who has said, "Let the little children come to me, and do not hinder them, for the kingdom of heaven belongs to such as these" (Matthew 19:14).

Compassion from a far away couple who believes Jesus wants them to use some of their money they might spend on themselves to help children who need a chance at life and an opportunity to know Jesus.

What abuse and neglect and heartbreak and lack would she have to overcome just to have a normal life?
Compassion International is a group of dedicated people around the world, committed to releasing children from poverty in Jesus' name. With the resources provided by our sponsorship, this little girl's mom was able to move away from that business, and that place, and that man. She has now moved from pre-school to kindergarten. Her paperwork is in order and inoculations are on track. She goes to church with other kids from her church school. Church is her school, her haven, and hope. Her church is where she has learned about Jesus and compassion.

You see, Compassion isn't just their name, but their job, their mission, and their motivation. 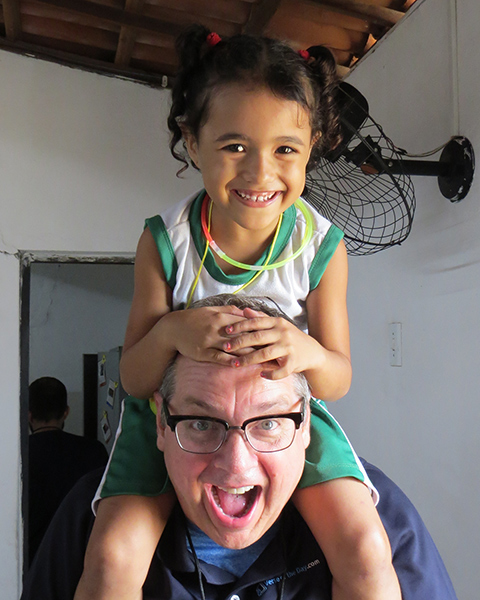 Does it make a difference in the long run?

All I have to do is look at that creepy picture of the guy next door of our little girl's house in the bar and know its made a difference for her — she's moved away from that place. In addition, over the years I've visited with talented young adults blessed by Compassion as children. They grew up to be church leaders, business leaders, and emerging government leaders. These talented and accomplished young men and women most likely would have been lost to poverty, disease, abuse, and lack of education. Because of Compassion, they can lead their people into a brighter future. But Compassion can only do what they do best if we will help them do what Jesus asked:

Let the little children come to me, and do not hinder them, for the kingdom of heaven belongs to such as these (Matthew 19:14).

If you're involved in helping kids who don't have a chance at life, fantastic! Keep it up! Do so more and more!

If you would like to help, I encourage you to join me and become a Compassion child sponsor today! 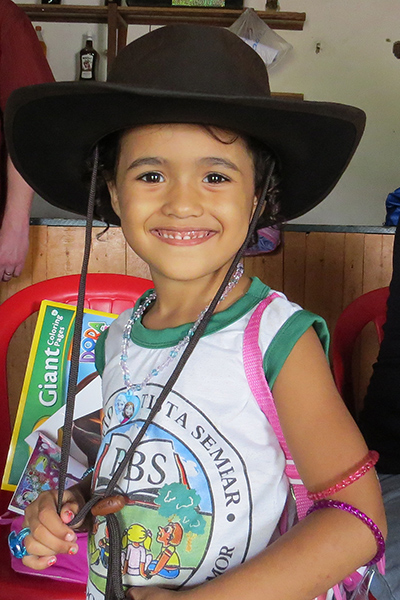 "Two Little Girls" by Phil Ware is licensed under a Creative Commons License. Heartlight encourages you to share this material with others in church bulletins, personal emails, and other non-commercial uses. Please see our Usage Guidelines for more information.