Strange Confession of a Satanist

So is that really hypocrisy? 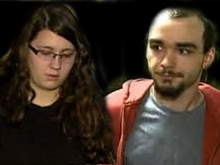 I don't know much about satanism or satanists. My only personal contact with an alleged satanic cult came years ago now when I turned a teenaged runaway who claimed to have been exploited by satanists over to the police and human services authorities for investigation — and protection.

Frankly, I've always been a bit skeptical that many people were "true believers" in the cult's claims and antics. Most of the public statements and exhibitions seemed more attention-seeking than serious, more like some rebellious adolescent antic than a sinister escapade. This may be just one more. 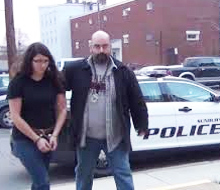 Miranda Barbour, 19, is accused of murdering a man last November that she met on Craigslist, seduced under the pretense of having sex with him, and then killed. She seems to be in real trouble on that one. But her claims of having killed at least 22 others over the past six years is being treated with skepticism.

Her version is that she was sexually abused as a child, joined a satanic cult at 13, and killed her first victim as her group's leader assisted her in pulling the trigger. As recently as last Friday, one investigator said that her claims could be "the real deal." In the case for which she has been arrested and charged, she and her husband of three weeks are accused of luring a 42-year-old man with the promise of sex in order to share a thrill killing. Talk about a "bonding experience"!

Here's the part that caught my eye. And here is what makes me think there might be something in common between some Christians and some satanists. Keep reading, and see what you think.

It's insincere and fake?
USA Today found a "spokesman" for satanists to respond to those early claims of some really grim evils reported to have been performed by a satanist who takes the devil seriously. His reply was essentially this:

We satanists are just creative people who are experimenting with individuality and self-awareness, but we don't really take all that "evil" stuff seriously.

Well, I happen to know lots of Christians who go at Christianity — if you can call it that — with about the same degree of seriousness. They're "church members" but are shocked that anybody expects them to "walk the talk" of their Christian professions by a distinctive life. 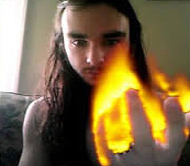 I'm sure satanists give lip service to defying authority, taking what they want, doing as they choose, and getting even with anybody who dares get in their way. Most are probably like the fellow who admitted they're not really such bad apples, that people shouldn't expect them to live out their tough talk. It's insincere and fake. Just so much hot air. Why, it's just plain old hypocrisy! "We don't even believe in the devil," the cult spokesman said. "Most satanists don't."

If you are a Christian, please join those of who would like to be both factually and functionally different from satanists. Because we confess Christ, it is not unreasonable for people to expect us to take him seriously. To walk our talk.

This much is sure: Claims without actions don't fool anybody. It could even make people wonder if one really believes in Christ at all. So take note of what the Spirit reminds each of us:

Be doers of God's word, and not merely hearers who deceive themselves (James 1:22).

"Strange Confession of a Satanist" by Rubel Shelly is licensed under a Creative Commons License. Heartlight encourages you to share this material with others in church bulletins, personal emails, and other non-commercial uses. Please see our Usage Guidelines for more information.