Time to Get out of the Boat!

Why are you just sitting there? 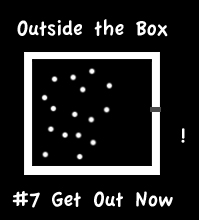 This is how we began our series of encounters with Jesus as the Lord speaks to our "Four Primal Fears" that leave us vulnerable and oftentimes paralyzed in fear.

Jesus' followers had first been afraid of the storm with its violent winds and threatening waves. The seasoned sailors were terrified. Their land-loving friends were frozen in fear. Then they were captured by a deeper fear… a reverential awe at the one they were following… the one in the boat with them who with just a word stilled the wind and calmed the waves (Luke 8:22-25) .

We would ask the question if we had been with them. In fact, we are invited by Luke to ask that question now… in this moment… before we go a step further with Jesus.

This question hangs in the air and burns in their hearts as the next few moments unfold with even greater intensity. 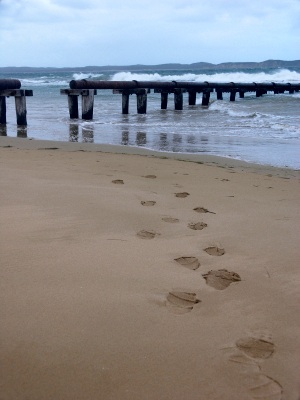 When their boat scrunched to a stop on the northeastern shoreline of Lake Galilee, the twelve friends and followers of Jesus still seem frozen with fear. Yet what greeted them on the shoreline of an old cemetery was no echo, it was real and immediate and terrifying!

This group was in a place no good Jewish follower of the LORD would ever go — a Gentile graveyard. What they encountered frightened them. It frightened them so much that we hear nothing about them in the events that follow. They disappear from the story and are only witnesses. Probably witnesses from the safe distance of their boat.

As Jesus meets a man whose life had been shredded apart by demonic power, there is no indication that Jesus' band of fearful men ever got out of the boat!

When they get to the other side of the lake, in the Gerasene country opposite Galilee, a man from the city is waiting for Jesus when He steps out of the boat. The man is full of demonic spirits. He's been running around for a long time stark naked, and he's homeless, sleeping among the dead in a cemetery. This man has on many occasions been tied up and chained and kept under guard, but each time he has broken free and the demonic power has driven him back into remote places away from human contact. Jesus commands the demonic force to leave him. The man looks at Jesus and starts screaming. He falls down in front of Jesus... (Luke 8:26-29 The Voice).

Jesus' work of setting the man in his right mind was not greeted with shouts of joy or tears of relief. Anyone who had power over a legion of demons was to be feared above the demons.

They had to wonder among themselves. Who can do such a thing? Chains couldn't bind him. Cells couldn't hold him. Living in the wild couldn't tame him. Now this Jesus guy, this Jewish teacher with all his followers still cowering in the boat, has power over the demons! Not only that, he's driven our pigs into the sea.

It will be awhile before we really hear from Jesus' friends and followers again. They have to answer that question before they can really follow. By then, Jesus will confront them with an even more confusing truth once they realize that he is the Christ, the Messiah, the Son of God. He tells them, "I'm going to the cross, rejected by our religious leaders. I will die on a cross and I call you to follow me."

Yes, this is our question. It will take a lifetime to fully learn the truth of the answer. The Holy Spirit will have to peel off layer after layer of misconception and misunderstanding and fear. And all along the way, we will keep asking the question.

And the only way we are ever going to get an answer is to get out of the boat. 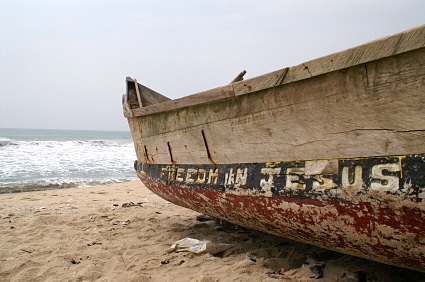 Let's get out of our boxes and get out of our boats and find ourselves in the wild with Jesus!
I'm not sure what your boat is, but if you are honest, you will have to admit your feet are planted firmly in that boat. It could be your church or your church tradition. It could be you've always resisted reading the Gospel story of Jesus (told in Matthew, Mark, Luke, and John) and asking Jesus to show himself to you — to make himself real in your life like he showed up in the lives of the people in the story.

To experience Jesus, to do more than believe in your head and tell a few Jesus' stories from long ago, you have to get out of your boat. You have to take the risk and go where Jesus goes... care for people like Jesus demonstrates his care for them... and associate with people Jesus hung around with... and you are going to have to let Jesus do stuff with you and in you that what you learned at church-in-the-box never taught you...

We just have to get out of our boat and walk with him.

So grab your Bible, read the Gospels, and follow Jesus.

Isn't it time we got out of the boat and followed Jesus where he leads and join him in the places he goes and walk beside the people he serves?

Yeah, it's time we got out of the boat!

If you cannot see the video, go to the Worshiphouse Media site.

See the other articles in this series:

"Time to Get out of the Boat!" by Phil Ware is licensed under a Creative Commons License. Heartlight encourages you to share this material with others in church bulletins, personal emails, and other non-commercial uses. Please see our Usage Guidelines for more information.