Coming up behind Jesus, she touched the fringe of his robe. Immediately, the bleeding stopped. "Who touched me?" Jesus asked. Everyone denied it, and Peter said, "Master, this whole crowd is pressing up against you." But Jesus said, "Someone deliberately touched me, for I felt healing power go out from me." When the woman realized that she could not stay hidden, she began to tremble and fell to her knees in front of him. The whole crowd heard her explain why she had touched him and that she had been immediately healed. "Daughter," he said to her, "your faith has made you well. Go in peace."
— Luke 8:44-48 NLT 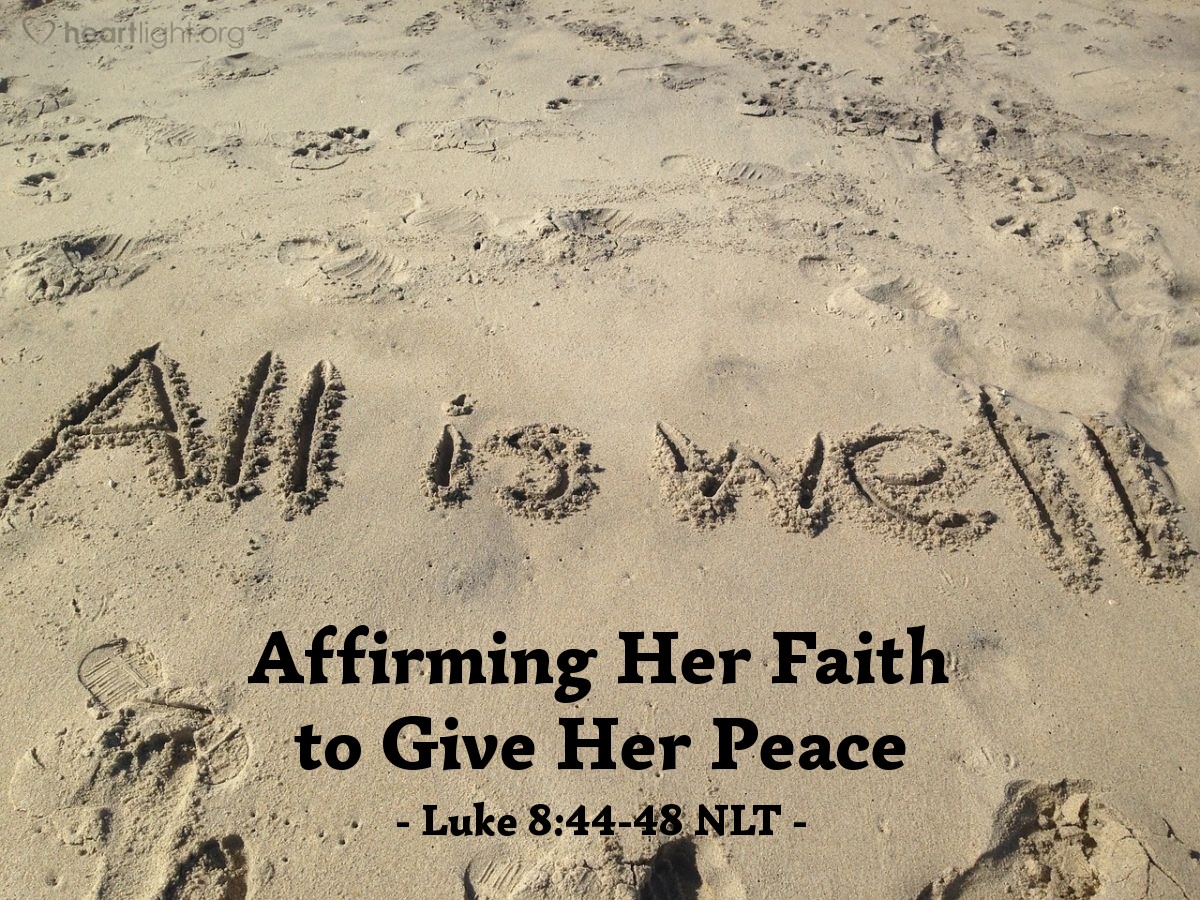 This woman came for healing. She received much more than that. Jesus refused to allow the woman to receive an anonymous miracle. Instead, he had her come forward and then praised her faith and dismissed her to live in peace. She was not only healed; she was praised! In her fear, she ventured out in faith and received a double blessing.

O LORD God, my Abba Father, may my faith be as bold and as unrelenting as this woman's faith. Stir me to courage and action. In Jesus' name, I pray. Amen.