So if they didn't and couldn't, how dare we? 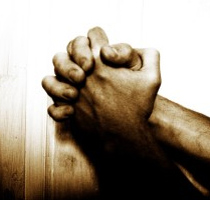 by Mark Frost (11/24/2013) | Kingdom Leadership
If you want to discover your congregation's God-given purpose, there can be no starting point other than prayer. If that's not immediately apparent, a cursory glance at the book of Acts should make it clear!

Acts begins with a group of disciples who had received the Great Commission, but had no clue how to fulfill it. Had they attempted to draft a mission statement at that point, it would have borne little resemblance to God's divine plan. Their strategic initiatives would have been based on woefully wrong-headed assumptions. Of course, any such plan would have failed anyway for lack of spiritual power.

Acts chronicles a series of crucial junctures where God challenges and changes the disciples' false notions, surprising them with new directions and fresh opportunities that they could have scarcely imagined on their own. There is a common theme at each of these critical crossroads: prayer! For the earliest disciples, the generality of the Great Commission became a specific and focused strategic plan in response to intense prayer. 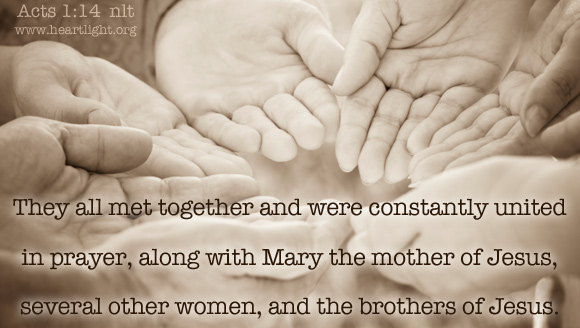 God revealed the gospel message and poured out the gift of the Holy Spirit onto a group of disciples who had been praying constantly for ten days (Acts 1:14; Acts 2:1-4). God's shockingly unexpected plan to receive Gentiles into the kingdom was revealed to Peter, who was deep in prayer at the time (Acts 10:9). Peter then inaugurated the Gentile outreach by teaching Cornelius, who had been praying at the same time (Acts 10:2).

When Saul of Tarsus first appears in Acts, he is intent on fulfilling his personal mission statement, which is to intimidate and incarcerate all who follow Jesus (Acts 9:1-14). But because Saul is fervently praying following his Damascus road encounter with Christ, God sends Ananias to give him a radical new mission: carrying the message of Jesus to the Gentiles (Acts 9:15).

Another radical shift in mission occurs when the Holy Spirit directs Saul (now known as Paul) away from Asia and into Macedonia. Paul and Lydia — who becomes the first European Christian — meet each other because they both seek out a place of prayer (Acts 16:13).

Without it, we won't capture the spiritual power of the earliest Church!
Only through prayer could the first disciples have grown to understand the surprising twists and turns of God's purposes. In response to prayer, they received boldness in the face of opposition (Acts 4:24-31) and they united around common goals (Acts 2:42). No wonder that the leaders of the Jerusalem church placed a higher priority on prayer than on "church management" (Acts 6:4). Today, even skilled, educated, and well-meaning leaders will go badly astray if they attempt to sharpen the church's focus and define its purpose apart from an emphasis on prayer.

Leaders of churches that are searching for preachers need to give special prominence to prayer. Again, the book of Acts is instructive. Through prayer, the early believers met the daunting challenge of fitting the right people with the right gifts into the right places at the right time. The apostles knew that their limited wisdom was insufficient to choose an individual to join their ranks, so they prayed and left the decision to God (Acts 1:23-26). With fervent prayer, six men were appointed to minister to the widows in Jerusalem (Acts 6:6). Through prayer, Barnabas and Paul were set apart as missionaries (Acts 13:3). And by means of prayer, elders were appointed to lead each fledgling congregation they established (Acts 14:23).

One thing that cannot be discerned from a résumé is the internal state of a person's heart. That is why those who selected spiritual leaders in the first century prayed to the God who "knows everyone's heart" (Acts 1:24). Wise leaders today will learn from their example and do likewise.

If you are a leader in a church that needs to rediscover or redefine its mission; if your church needs to hear a fresh call from God; and especially if you are in the process of searching for a minister, prayer must be your top priority. Without it, we stand no chance of recapturing the purity, the wisdom and the spiritual power of the earliest Church.

This is part of an ongoing series of messages from the partners at Interim Ministry Partners on a church discovering its mission. These messages are based on a proven set of moves a congregation needs to make as it is transitioning in its preaching leadership and wants to focus on its mission. The following chart illustrates the key moves and the direction each of these moves should help the congregation move.

"Prayer and Mission" by Mark Frost is licensed under a Creative Commons License. Heartlight encourages you to share this material with others in church bulletins, personal emails, and other non-commercial uses. Please see our Usage Guidelines for more information.