Seasons in the Life of a Congregation

Are congregations supposed to go through a lifecycle. 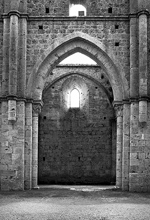 There is a time for everything, and a season for every activity under the heavens (Ecclesiastes 3:1 NIV).

Can't run as fast or long as once was true. I ache in places I never noticed before. I wear tri-focals. My memory isn't what it used to be. (Where did I put my iPhone?) It's enough to make me yearn for younger days.

One of the fundamental rules of life, however, is that everything has its season. We move inexorably from childhood to youth to adulthood to decline to death. We cannot go back. We cannot evade the demands of time or the changing of the seasons. Embracing this reality permits us to age gracefully. Denying this reality makes us pathetic (think varicose veins and hot pants).

The Seasons of the Church

Churches, like people, have their seasons. They move (inexorably?) from birth to messy adolescence to productive adulthood to decline and death.

Certainly, congregations have a few more options about "stages of life" than individuals do. It is possible for churches to "turn around," find fresh energy, and relive various seasons. Churches can experience renewal and revival. In practice, however, most churches march through seasons as predictably and reliably as individuals. One church in a hundred experiences a second "youth." Most never do.

Churches that accept the reality of "seasons" can embrace various stages of life and respond to the call and mission of God — whatever season they find themselves in. Churches that deny this reality descend into nostalgia, regret, and a wistful yearning for younger days — the ecclesiastical equivalent of a sixty-year-old yearning to wear mini-skirts again.

An Example: The Jerusalem Church

Acts gives us a birds-eye view of a congregation going through various seasons of life — the Jerusalem Church.

Its birth was long and messy.

In those early days, the church was raw and messy. Lots of energy, but little structure. People joined in droves. But they needed basic teaching and care (the "feeding and diapers" of early church life).

Churches that accept the reality of "seasons" can embrace various stages of life and respond to the call and mission of God, whatever season they find themselves in.

The childhood and youth of the Jerusalem church unfolded over a brief, three-year period (Acts 3-11). Great emphasis on miracles and evangelism, courageous witness and warm fellowship, growth and persecution. Members were immature (see Ananias and Sapphira — Acts 5:1-11). The church was disorganized (the "Grecian widows" problem — Acts 6:1-7). Leaders almost wore themselves out preaching to the lost, teaching and maturing those they found, enduring the bullying of opponents, and managing the daily problems of church life.

With the explosion of persecution that broke out following Stephen's murder (Acts 8:1-4), the church had to grow up quickly. Over the next fifteen years, representatives of the Jerusalem church, driven from their home, birthed other churches:

It was during this vigorous adulthood that Jerusalem Christians crossed borders, sailed seas, changed language and habits, and questioned old assumptions — all in their commitment to reach people and preach the gospel.

The Jerusalem Conference (Acts 15) marks the boundary between the church's vigorous and productive adulthood and its long, slow decline. Later (Acts 21), we find the Jerusalem church was still strong in number ("see how many thousands of Jews have believed" — 21:20), but stuck theologically ("all of them are zealous for the law"). Christians there had focused on matters like circumcision and Jewish customs and Temple rites (Acts 21:21-26). They began sending out representatives who, essentially, preached that Gentiles must become good Jews before they could be true Christians (Acts 15:1; 2 Corinthians 11:4-22; Galatians 5:2-12). The Apostles moved on to other places and other churches. The center of church activity and leadership migrated from Jerusalem to Antioch and Ephesus. [The meeting between Paul and the Jerusalem elders (reported in Acts 21) is the last mention made of the Jerusalem church in Acts.]

Churches may be no more immune to seasons of life than individuals.
According to an excellent article by F. F. Bruce on the history of the Jerusalem church ("The Church of Jerusalem"), the church went into exile when Jerusalem was sacked by Titus in a.d. 70. Even in dispersion, these believers continued to call themselves 'the church of Jerusalem,' but the zeal and courage so characteristic of earlier seasons was gone. The church lingered — dwindling and ineffectual — for several centuries.

Seasons and the Life of the Church 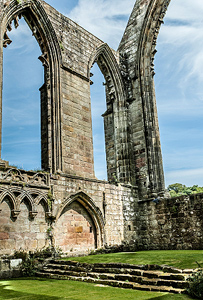 The Jerusalem church provides a clear example of "seasons" in a church's life. Looking at it (and thinking about our own church experiences), we can recognize the reality of various seasons as well as our pronounced seasonal preferences.

For all its messiness and struggle, we like that season when the church is young and growing and enthusiastic. Because of its productivity and power, we love that season of church life when, as ecclesiastic adults, churches spawn and spread, exert, and experiment. We can even tolerate that season of a church's life when stagnation sets in — when churches get stuck — because there is safety and stability in such seasons. What no one apparently cares for is the season of decline, a church that is dwindling and dormant. (As I approach my sixties, I can understand why people and churches dislike the closing seasons of life!) 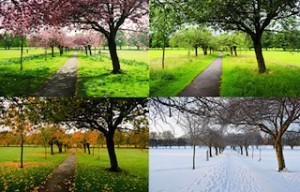 This is the first article in a series of four articles from Interim Ministry Partners on seasons in the life of a church and how a congregation can handle each stage with faithfulness and vitality as they answer the call of God.

"Seasons in the Life of a Congregation" by Tim Woodroof is licensed under a Creative Commons License. Heartlight encourages you to share this material with others in church bulletins, personal emails, and other non-commercial uses. Please see our Usage Guidelines for more information.