What do we do and what can learn and how can we help? 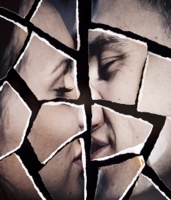 by Rubel Shelly (11/25/2012) | Leading in Hope
National news media and personal blogs have been clogged the last several weeks with news related to David Petraeus. He is the Army general whose leadership had been relied upon by President Bush. He then became Director of the Central Intelligence Agency for President Obama. Brilliant and focused, there are people who believed he was presidential material for the near future.

In the words of The New York Times, "Few imagined that such a dazzling career would have so tawdry and so sudden a collapse." Some news outlets even pulled up the biblical story of David and Bathsheba as a parallel.

The news story Friday was that Mr. Petraeus had resigned his position as CIA Director because of an affair. The term "adultery" was used in headlines. And the issue of personal morality and public life came front and center again.

The point of this short essay is not moralistic piling-on. David and Holly Petraeus have been married 38 years. Their marriage has survived multiple long deployments, generated two children who are now adults, and was regarded as a model for many in the military. I don't know if they are people of faith. But I can hope and pray for repentance, forgiveness, and reconciliation for the Petraeuses.

The point is, instead, what reactions to the Petraeus story reveal about our moral climate in America. Countless people weighed in to the effect that a sexual affair between Petraeus and the married woman who had written his biography was really nobody's business and should not have required his resignation.

On this point, David Petraeus seems to have been more upright than his would-be defenders. The military code under which he served for 37 years still regards adultery as a crime when it stands to "bring discredit upon the armed forces." Furthermore, an affair is a circumstance that stands to make an intelligence officer susceptible to blackmail.

But the moral atmosphere of our time is terribly polluted. An ongoing poll in the Los Angeles Times asked if an affair should cost someone his career. When I checked the numbers, 75% said it should not. Of course, they did! Movie stars, athletes, clergy, politicians — countless examples can be cited where careers soared with documented infidelities a matter of public record. Some reports say President Obama asked Petraeus to reconsider his resignation. To quote The New York Times again, a "jaundiced Washington" just might have accepted it.

While praying for the Petraeuses, perhaps all of us should be more aware of our shared identity as sinful people who are vulnerable to temptation.

"When Heroes Fall" by Rubel Shelly is licensed under a Creative Commons License. Heartlight encourages you to share this material with others in church bulletins, personal emails, and other non-commercial uses. Please see our Usage Guidelines for more information.