Love Is Not a Brick

Who would go first among the religions in showing honor to the other? 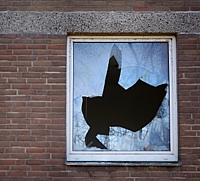 Finally, all of you should be of one mind. Sympathize with each other. Love each other as brothers and sisters. Be tenderhearted, and keep a humble attitude. Don't repay evil for evil. Don't retaliate with insults when people insult you. Instead, pay them back with a blessing. That is what God has called you to do, and he will bless you for it (1 Peter 3:8-9).

If Jesus and Mohammed were entering a warm building on a freezing-cold day, who should go inside first? If Moses and the Buddha were late to a dinner and there was only one veggie burger left, who would be faster to grab for it and take a bite? Brian McLaren's latest book has me raising these strange questions.

Before I dare to suggest a possible answer, let me be clear about my reason for daring to ask this question about primacy, honor, and deference among these notable figures of major world religions. The followers of these spiritual guides have denigrated, bullied, maligned, damned, insulted, bombed, exiled, decapitated, judged, disemboweled, raped, assigned to hell, and otherwise been less than accommodating to one another. As they committed such evil acts, they claimed to be honoring their leaders and serving their religions.

Even the people who are most distant from all religion and who would tell you in a heartbeat they want nothing to do with it know that these teachers emphasize charity and kindness. They tell their disciples that murder is evil and that force should be used only — if ever — with reluctance and restraint. They quote their leaders' words to the effect that humans should love each other.

So why did some Christians adopt a burning cross as their symbol for hatred of blacks, Jews, and Catholics? Why did some Catholics murder Protestants (and vice versa) in Northern Ireland? Why did some Muslims cry "Allah is great!" as they flew jetliners into the Twin Towers? Why are some priests pedophiles, some evangelists thieves and womanizers, some imams advocates of anti-American violence, some... You've gotten the point by now, haven't you?

Love is not a brick. It is not about being first, proving others wrong, and demanding primacy – or else! It is not about violence initiated or retaliation for violence suffered. It is, at least in Christian teaching, about patience, kindness, and restraint. While love rejoices in truth and celebrates what is holy, it does not impose its view of truth by force or coerce what it regards as holy on others.

Back now to the question about going through the door first or eating the veggie burger. What would happen in those scenarios? My honest best guess is that each would insist on deferring to the other! "Please, go inside and get warm." "Please, take the food; I insist." Or, perhaps even better: "We can share this."

I am a Christian. I believe Jesus is the Son of God and Redeemer of the World. But I refuse to hate, defame, or mistreat a Muslim, atheist, Jew, Sikh, animist, or miscreant Christian. I believe the Bible's ethical teachings are correct, but I will not hate, damn, insult, or ill-treat an abortionist, homosexual, or deacon who is having an affair with a Sunday School teacher.

Respect for others is neither apostasy nor compromise. It is love.
I see you — whoever you are — as one of God's wonderful creatures in whom he has invested himself, for whom he has extended himself over time, and for whom he died. You do not have to dress like me, speak my language, or share my beliefs. Not only will I not hate you, but I want to know and understand you.

Respect for others is neither apostasy nor compromise. It is love.

"But to you who are willing to listen, I say, love your enemies! Do good to those who hate you. Bless those who curse you. Pray for those who hurt you. If someone slaps you on one cheek, offer the other cheek also. If someone demands your coat, offer your shirt also. Give to anyone who asks; and when things are taken away from you, don't try to get them back. Do to others as you would like them to do to you.

"Love Is Not a Brick" by Rubel Shelly is licensed under a Creative Commons License. Heartlight encourages you to share this material with others in church bulletins, personal emails, and other non-commercial uses. Please see our Usage Guidelines for more information.