You Want to Use Me? 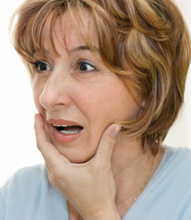 by Phil Ware (09/23/2012) | Two Minute Meditations
God delights in taking the most unusual circumstances to choose the most unlikely people to do the most extraordinary things.

Don't believe me? Try these on for size:

Yes, God delights in taking the most unusual circumstances to choose the most unlikely people to do the most extraordinary things.

This is the case with Moses. Even though he had been raised in Pharaoh's palace, Moses had to flee Egypt as a murderer and spent forty years herding sheep in the middle of nowhere — the deserts of Midian. Moses wasn't good at public speaking before his 40 years of conversations with no one but his family, the endless sand, and the stinky sheep. Yet God calls him to speak for the people of Israel, and for God himself, before the most powerful ruler in the ancient world, Pharaoh.

Despite God's call to Moses from the burning bush that wouldn't burn up, Moses gave five reasons why he was the wrong choice:

Satan has a way of beating us up with life, using our own negative self-talk to create doubt in our hearts, and reminding us of our past failures and broken dreams. Our adversary is a deceiver and a liar seeking to kill the dreams in our hearts and sucking the life out of our years (John 8:44).

Before long, we passively sit on the sidelines and begin to believe that others are more qualified than we are. We give up on our dreams and don't look at other ways to see those dreams come true through others. We become accustomed to living in our own Midian desert — bored and yet comforted by the sameness and predictability of life in our desert, hidden away from the stresses and challenges of doing anything of significance for God.

Then one day we are praying the familiar words Jesus taught us to pray, "Your kingdom come, your will be done, on earth as it is in heaven." In the middle of saying this old, familiar prayer, the Holy Spirit stirs something in our hearts and reminds us of dreams we thought were long dead — dreams to do something great for God, dreams to be used by God, dreams to make a difference for God, dreams that bring a taste of God's kingdom to a world caught in Satan's grip. And then we have a choice. We have to choose which voice we will follow: the voice of the Liar or the voice of God. And we have to decide if we believe that what God once did, he still longs to do. Because...

God delights in taking the most unusual circumstances to choose the most unlikely people to do the most extraordinary things.

And underneath this truth, each of us needs to realize that one of those most "unlikely people" he wants to use is... me!

For a great modern story of God using someone we would think is least likely to be used by God because of the very difficult circumstances he faces, learn the story of Robert Reid:

"You Want to Use Me?" by Phil Ware is licensed under a Creative Commons License. Heartlight encourages you to share this material with others in church bulletins, personal emails, and other non-commercial uses. Please see our Usage Guidelines for more information.