The Worst of both Worlds

Should we mix and match, hold on to the past, or change — how do we know? 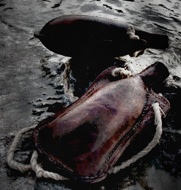 by Rubel Shelly (03/01/2012) | Leading in Hope
There are times and places where the mixing of old and new works well. It is quite creative, for example, to search for old pieces of furniture, refinish them, and put them in your house. At least, that's what my wife says. So she likes to troll places that I call "junk barns" and she alternately labels "antique stores."

There are other places and times when mixing the two doesn't work. Anyone out there still have an old analog TV and roof antenna? Since the spring of 2009, television stations have been broadcasting exclusively in digital format. The old boxes with roof antennas can't pick up and process the new signal.

In your business or profession, you have to be on the alert constantly for the new products and approaches coming online. If you aren't careful, you can be left in the dust by the people who are adapting to the new while you are still trying to justify the old.

Do you know any scientists who still use slide rules?

Do you want your child treated by doctors who aren't staying current in their field?

So why do Christians kick so hard and scream so loudly at the idea of change? The way things have always been is not sufficient justification for things as they should be today. Much less tomorrow.

Even though the core message of the Christian gospel is fixed and unchanging on the person and work of Jesus, the means of communicating that message must change. It must address today's cultures and their concerns. Even though Scripture itself remains unbreakable, the ability of individuals and groups to grasp and apply its teachings advances or draws back under certain conditions. Did the Civil Rights Movement of the 1960s read respect and brotherly love into the Bible? Or did it challenge reluctant hearts to embrace and live what everyone now sees more clearly about what was there all along?

Don’t refuse to face the possibility that you are learning and growing — and need to change.
So what is the issue staring you down today?

Is there something different from what you've always thought or believed or done that is challenging you?

Don't give up your view or practice without thinking it through. But don't refuse to face the possibility that you are learning and growing — and need to change.

The ways of God are always fresh and challenging. When Jesus came to his peers, he was rejected because of the new things of God he said and did. Then or now, those who try to contain the fresh presence of Jesus within the old and familiar forms typically wind up with the worst of both worlds:

"No one puts new wine into old wineskins. For the wine would burst the wineskins, and the wine and the skins would both be lost," Jesus told the reluctant-to-hear crowd. "New wine calls for new wineskins" (Mark 2:22 NLT).

"The Worst of both Worlds" by Rubel Shelly is licensed under a Creative Commons License. Heartlight encourages you to share this material with others in church bulletins, personal emails, and other non-commercial uses. Please see our Usage Guidelines for more information.