He Didn't Save it for Us

Integrity can be costly in the long run while paying huge dividends in those we teach! 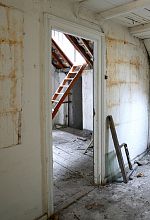 by Rubel Shelly (06/28/2011) | Leading in Hope
It was an ethics class I was teaching several years ago. I read a newspaper story to the class about two pre-teen girls who returned a purse they found on the street to its owner. They opened it, found the owner’s name on a driver’s license, and looked her up in the phone book. Oh, yes. They returned the $4,000 cash they saw inside the purse as they were searching for the owner’s identification.

I asked the class to comment on what the girls had done. As most of the class affirmed what they had done, one female spoke up to tell of a similar event in her life. She had found a purse, discovered the owner’s ID, and mailed it back to her — minus the $162 cash that was in the wallet. "I did her a favor by getting her papers and credit cards back to her," she said, "and I deserved a reward!"

Another found-what-somebody-lost situation could have been tempting to Josh Ferrin last month. Josh and Tara Ferrin, with their two young sons, were moving into their first house in Bountiful, Utah. Within an hour of getting the keys to their new place, the Ferrins had a decision to make. Josh noticed a scrap of carpet sticking out of a trap door in the garage ceiling. He opened the door, climbed into the small space, and found several metal boxes — filled with stamps, bond certificates, and cash. The total stash hoarded away in the attic by the recently deceased former owner was worth about $45,000.

Ferrin, an artist with "The Deseret News" probably could have used the money. But, need or want or self-determined reward wasn’t his issue. It was integrity. The only "right" thing was to give the money to the former owner's family, he said. "He [the deceased man] didn't save that money for us. He saved it for his family."

While one of the family's sons asked about keeping "just one" of the bundles of rolled-up bills, Josh and Tara gave him something more important. They gave him a lesson about being honest by respecting the property of others.

"[My father] grew up in hard times and people who survived that era didn't have anything when they came out of it unless they saved it themselves," said the former owner's son. "He was a saver, not a spender."

With all the ambiguities we seem to be able to find in human behavior, it is encouraging to hear of someone who saw the situation as it really was. Who made no excuses for greed. And who did the right thing.

They gave him a lesson about being honest!

Better to have little, with godliness, than to be rich and dishonest (Proverbs 16:18 NLT).

"He Didn't Save it for Us" by Rubel Shelly is licensed under a Creative Commons License. Heartlight encourages you to share this material with others in church bulletins, personal emails, and other non-commercial uses. Please see our Usage Guidelines for more information.