SBNR: Spiritual But Not Religious

Can you really be this in the real world? 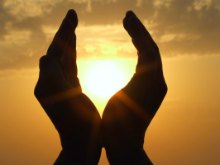 by Rubel Shelly (11/30/2010) | Leading in Hope
Some people have dismissed it as a "trendy phrase," but I take it very seriously. The notion that people can be authentically spiritual without being caught up in all the trappings of religion makes perfectly good sense to me.

To be "spiritual but not religious" — a notion so commonplace these days that it has its own acronym (SBNR) — typically translates to this: "I believe in God and need divine guidance for my life, but I don't trust 'organized religion' and won't let some church or religious zealot sit in judgment on me and tell me how to live my life by his list of rules."

Ever see the movie Chocolat? It is a cinematic parable about the gray, barren landscape of life under the thumb of a zealot or an authoritarian church. The conflicted mayor and an intimidated young priest are quick to judge, exclude, and bully people into conformity with their expectations. Life is harsh and bleak.

Into that town comes a woman who is conspicuously disinterested in church and is unbowed by attempts to make her conform. What she brings with her is a remarkable sense of empathy that enables her to value its outcasts and to effect a number of reconciliations among the browbeaten citizens.

She is clearly spiritual (i.e., compassionate and loving) but unwilling to be bullied by oppressive people and institutions. She is clearly the SBNR heroine of the story.

Chocolat lays bare the historic failure of religion. It can degenerate into rigidity and power struggles. Its message of faith, hope, and love can collapse into struggles over power, ego, and money. And how dare anyone try, with a straight face, to deny this has happened repeatedly over the centuries!

Old Testament prophets railed against priests who abused their power or worshippers who substituted their prayers for actual kindness to the poor. Jesus was angry enough at the abuses of organized religion that he drove animal-hawkers and currency-changers out of the Temple. So there must be something to the idea that deeply spiritual people can be turned off by religion!

Unlike Vianne, the fictional heroine of Chocolat, the solution for SBNRs is not found simply in flouting the rules and defying the authorities. What is at stake is more complex and serious than playing the rebel. A restudy of Jesus from the Gospels would be a great point of beginning. He seems to have found a way to honor his Father, live under Scripture's authority, and build healthy community — while neither playing nor cowering to the power games of organized religion.

What is at stake is more complex and serious than playing the rebel.
If you have been turned off by religion, you are in good company. Just be careful not to throw out the Bethlehem Baby with the nasty old bath water!

It was Jesus' mother who uttered these words about the ministry of her son, Jesus:

His mighty arm has done tremendous things!
He has scattered the proud and haughty ones.
He has brought down princes from their thrones
and exalted the humble.
He has filled the hungry with good things
and sent the rich away with empty hands.
He has helped his servant Israel
and remembered to be merciful (Luke 1:51-54 NLT).

"SBNR: Spiritual But Not Religious" by Rubel Shelly is licensed under a Creative Commons License. Heartlight encourages you to share this material with others in church bulletins, personal emails, and other non-commercial uses. Please see our Usage Guidelines for more information.