Transition out of Darkness

Are you helping transition those you love out of darkness? 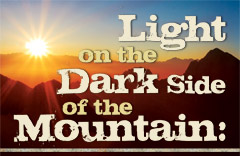 by Phil Ware (09/30/2010) | Two Minute Meditations
Some of us have been called to be God's people for tough times of transition. This may be a circumstance of culture or of the lack of church leadership or of family catastrophe or of marital unfaithfulness or the failure of another leader in our organization. Yet for some reason only known to God, the Father has placed us in a time of upheaval, danger, confusion, conflict, disappointment, grief, madness, corruption, or division.

The road out of darkness feels long and our bones ache with the weight of the journey. Critical enemies lurk in the shadows, doing the bidding of the ultimate Enemy, who longs to bring God's people to discouragement and despair. All around, our world looks dark and hostile. Every road out of the darkness is filled with foreboding. Worst of all, no one wants to lead with the heart of God. They want to be powerful or important or rewarded or exalted. So the Enemy corrupts them at their motives and keeps God's people in the dark night of bondage.

Worst of all, those who dare lead God's people out of this darkness are criticized, belittled, and scorned. They feel alone and are often tempted to give up in their long trek to lead God's people to God's light. This is where our story, the story of the Bible, speaks out to us and gives us stories to change our view of our situation and of ourselves. I want to remind us of one of these stories!

Now, Samuel made his way to the house of Jesse (1 Samuel 16:1-14 tells this story). He had been sent by God to anoint the new king — God's choice as king. Samuel was doing this at great risk to his own life. Saul was now mad — not just angry-mad, but also crazy-mad and filled with blood lust. Saul wanted someone to die!

Samuel had given decades of his life to be the greatest transitional, yet most under-appreciated, leader in Israel's history. Now he faced his greatest crisis: Israel had to have a great king. Israel had to have God's king! And here he was in the middle of nowhere, risking his life, to choose God's king from a bunch of nobodies.

When he arrived, Samuel led them all in a time of consecration — prayer and sacrifice to honor God and ask for his guidance. Then, one by one the sons of Jesse walked by to see if he was "the one"! Each time, the Spirit of God filtered that son out — "No, he is not the one." Yes, each of them looked handsome and each was talented, but none had what God desired. While we mortals most often look at outward things, God was looking for a leader's heart.

"Isn't there another son?" Samuel asked.

"Only the boy, the youngest of us, David, tending our family flock out on the hillside." Their words meant something like this. "He's just a boy. He just tends our few little sheep out in the middle of nowhere. He's our youngest brother. Don't worry, he's not much of nothing, no need to bother with him."

"Bring him here!" Samuel made clear.

Sure enough, this shepherd boy named David was God's choice. Samuel anointed him King over Israel. Rather than David's experience with the sheep being a problem for God, God had used those days of shepherding to hone David and shape his heart to be a man of courage, protection, praise, prayer, and leadership:

That is where most of us are these days!

He chose his servant David, calling him from the sheep pens. He took David from tending the ewes and lambs and made him the shepherd of Jacob's descendants — God's own people, Israel. He cared for them with a true heart and led them with skillful hands (Psalm 78:70-72 NLT).

Once anointed, this shepherd boy began his work as King under extreme conditions. There were times David failed and sinned in awful ways. But that heart ... that heart that God had seen ... that heart that shepherding had honed ... that heart would always turn back to God. And the Lord God of Israel used David in mighty ways to make his people great and strong and secure. And God used David to make a promise to his people about a Messiah, the Son of David, whom we know as Jesus. Yet where would that shepherd boy David have been without Samuel?

Samuel does not get top billing as a great leader in the Old Testament. He is not mentioned with Moses, Elijah, or Abraham. He is not even mentioned in the same sentence with Joshua, Isaiah, or Esther. Yet without Samuel and his long faithfulness to the call and character of God, where would God's people have been? 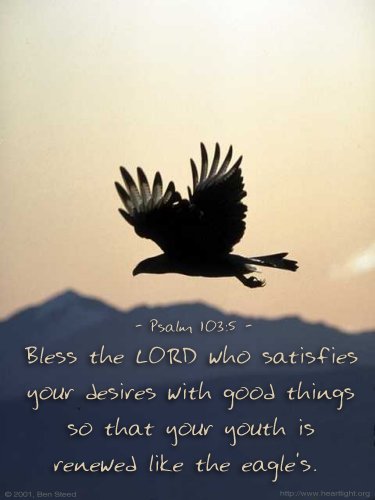 The answer is simple: go read the last 10 chapters of the book of Judges and look at the awful character of Israel's leaders and the horrible sin-cycle they repeated again and again. Without Samuel, or someone like him, we would all still be on the dark side of the mountain, without hope and without our Savior!

I believe Samuel will be in God's Hall of Fame. He was God's man for dark times — times of transition through danger and evil. He was God's man. He led God's people from the bottom of the deepest and steepest valley on the dark side of the mountain and brought them to the mountain peak where they could see the sunrise. And because of his leadership, we have gotten to see God's ultimate Sonrise!

And you, my child, will be called a prophet of the Most High; for you will go on before the Lord to prepare the way for him, to give his people the knowledge of salvation through the forgiveness of their sins, because of the tender mercy of our God, by which the rising sun will come to us from heaven to shine on those living in darkness and in the shadow of death, to guide our feet into the path of peace (Luke 1:76-79 TNIV).

"Transition out of Darkness" by Phil Ware is licensed under a Creative Commons License. Heartlight encourages you to share this material with others in church bulletins, personal emails, and other non-commercial uses. Please see our Usage Guidelines for more information.