What happens when process becomes more important than mission? 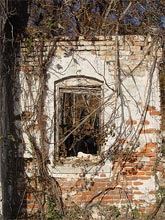 by Rubel Shelly (12/14/2009) | Leading in Hope
The very term "bureaucratic encumbrance" is oppressive, isn't it? It is hard for me to say aloud. My tongue seems to protest it, and my lips are hardly supple enough to make the necessary moves to say it clearly.

But the really oppressive thing is to have to labor under the layers of bureaucracy that seems to encumber (i.e., burden, weigh down) progress. Have you ever worked for a company that was so thick with systems, rules, and administration that it was like a once-sturdy tree now strangled by kudzu? (If you don't know the perils of kudzu, you've just never lived in the South!)

The now-defunct version of General Motors was a company that strangled itself to death — at least in part — by layers and layers of bureaucracy. "The New York Times" recently did a piece on how the General Motors just emerging from bankruptcy has tried to attack the problem.

The article pulled no punches about poor management at the once-proud automobile manufacturer that devolved into a slow-moving company that was bogged down by countless committees, endless reports, and redundant reviews. The example cited was a "performance measurement process" that filled a three-ring binder that is now a one-page set of simplified and specific goals.

"We measured ourselves ten ways from Sunday," said one of the vice presidents of the new company — a man who had been subject to quarterly review under the thick notebook of standards as director of vehicle engineers. "But as soon as everything is important, nothing is important."

Maybe it is time for Christianity to learn from General Motors. After all, nobody has been worse at building a command-and-control structure than churches. The original simplicity of a life-affirming religion with two central commandments degenerated over time to a set of oppressive rules that covered endless, nitpicking minutiae. And God got lost in the paperwork.

"As soon as everything is important, nothing is important!"
Churches — from isolated local churches to whole denominations — lost sight of facilitating righteousness, joy, and peace in the Holy Spirit for the sake of maintaining our institutional structures and cherished traditions. And people got ground up and left in the dust by leaders who valued rules over people.

The words of Jesus ring across the centuries. Speaking to people who kept religious rituals to the letter, but nevertheless missed the point about mercy, justice, and commitment, he said, "You blind guides! You strain out a gnat but swallow a camel" (Matthew 23:24 NIV).

Rituals are important, and attention to the smallest detail can make the difference in life and death. But don't miss the forest for the trees.

"Bureaucratic Encumbrance" by Rubel Shelly is licensed under a Creative Commons License. Heartlight encourages you to share this material with others in church bulletins, personal emails, and other non-commercial uses. Please see our Usage Guidelines for more information.