Is It Really Over?

So what do you do now that it has come to an end? 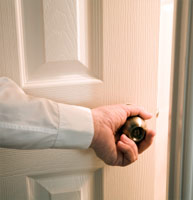 by Tom Norvell (12/30/2008) | Just for Men
The disciples had been with Jesus for three years. They had watched Him perform His miracles, witnessed His encounters with the religious leaders, and experienced His kind and compassionate nature. They had asked Him questions and heard His answers. They had seen Him walk on water and disappear into the mountains. They had been shocked when they found Him talking with a woman from Samaria, and perturbed with Him when He took too much time with children.

For three years they dreamed with Him about the coming Kingdom, even though their images of the future were quite different. They had envisioned positions of power and prestige, but He had reminded them that their role should be that of a servant. The disciples had given up their homes, jobs, and ambitions to follow this One who promised to use them to change the world.

Then, as they stood by paralyzed by fear, He was arrested. He was accused of blasphemy. He was tried and convicted. He was beaten and tortured and ridiculed and humiliated. He was crucified. He died. He was buried.

Within a few hours most of us will see the end of the year (if it has not already occurred where you are). With the turn of a page on the calendar, and the tick of the clock, the old year will be gone and a new year will be ushered in. As the transition takes place some of us will be disappointed with the way things have turned out during the last twelve months. Some will be amazed that the year has gone so rapidly. Some will be filled with regret. Some will be relieved.

"We thought we would have been better off financially."

"We meant to work less and spend more time with our family."

"We intended to get more involved in our church."

"We expected to make more progress on our marriage relationship."

"Is it really over?"

There is good news.

As the disciples struggled with their questions, doubts, and regrets they received the greatest news they could have ever imagined. "The tomb is empty! He is alive!"

As we deal with all the things that we should have done, could have done, wish we had done, and ought to have done, the news is also good: "Happy New Year!" We get another chance.

The year has ended, but your life is not over! It's a new year. Make the most of it.

"Is It Really Over?" by Tom Norvell is licensed under a Creative Commons License. Heartlight encourages you to share this material with others in church bulletins, personal emails, and other non-commercial uses. Please see our Usage Guidelines for more information.