Rescued from the Refuse Heap

Have you been rescued? 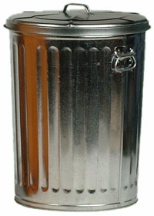 by Elizabeth Price (06/22/2004) | Just for Women
Elkanah and Hannah were a well-matched couple — a successful man and his intelligent, spiritually-minded wife. Every year they went up to Shiloh to offer sacrifice and enjoy socializing with their friends. Unfortunately, they had no children, and without children, Elkanah was a failure by the norms of his day. His ego trod thin ice until he knew for sure whose fault it was and there was only one way to find out. He took a second wife.

Peninnah, the second wife, had sons and daughters so obviously the problem was with Hannah. Elkanah's self-confidence was restored. As usual, they went up to Shiloh. Hannah went along but so did Peninnah and her children. Peninnah took the opportunity to torment and humiliate her in front of their friends. Finally, in such an utterly destructive situation, Hannah promised the Lord that if she had a son, she would give him to serve the Lord in the Temple. She took her decision to the Lord in prayer, and for such incredible selflessness, the observing priest accused her of being drunk!

"Enough of this drunken behaviour. Get out of the church!" ordered the priest.

Hannah was on the refuse heap.

Then Hannah's day came — the day she fulfilled her vow. It was not the husband, who traditionally took a three year old bull and flour and wine to sacrifice, but Hannah. Hannah took the child, Samuel, to the house of the Lord and Hannah identified herself to the Priest. Hannah and Samuel prostrated themselves before the Lord and Hannah raised the dedicatory prayer. She prophesied that Israel would have its first king and also a Savior. Elkanah was silenced as she proclaimed of God "He lifts the weak out of the dust and raises the poor from the refuse heap to give them a place among the great, to assign them seats of honor." She prophesied further of judgement to come as she parted with Samuel, "Those who oppose the Lord will be terrified when from the heavens he thunders against them."

Hannah's heart remained with her son, Samuel, in the Temple of the Lord. She was now a member of God's household through her son. Insignificant Ramah, the place of her humiliation, became a place of triumph through Hannah's son. Samuel, later ruling in Israel as a circuit judge, travelled each year to Bethel, Gilgal and Mizpah to resolve problems. "But always he went back to Ramah; that was his home and the place from which he governed Israel, and there he built an altar to the Lord." (From 1 Samuel 21 & 2:1-11 Revised English Bible.)

Hannah's history is a picture of the Lord's people, His Church, today — from the refuse heap to God's presence, household, and triumph through the Son.

Hannah's history is a picture of the Lord's people.

But Christ has shown me that what I once thought was valuable is worthless. Nothing is as wonderful as knowing Christ Jesus my Lord. I have given up everything else and count it all as garbage. All I want is Christ and to know that I belong to him. I could not make myself acceptable to God by obeying the Law of Moses. God accepted me simply because of my faith in Christ. All I want is to know Christ and the power that raised him to life. I want to suffer and die as he did, so that somehow I also may be raised to life.
I have not yet reached my goal, and I am not perfect. But Christ has taken hold of me. So I keep on running and struggling to take hold of the prize. My friends, I don't feel that I have already arrived. But I forget what is behind, and I struggle for what is ahead. I run toward the goal, so that I can win the prize of being called to heaven. This is the prize that God offers because of what Christ Jesus has done. (Philippians 3:7-14 CEV)

"Rescued from the Refuse Heap" by Elizabeth Price is licensed under a Creative Commons License. Heartlight encourages you to share this material with others in church bulletins, personal emails, and other non-commercial uses. Please see our Usage Guidelines for more information.