The Dance of Life! 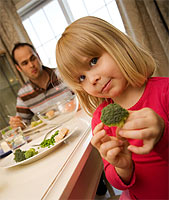 by Ron Rose (10/10/2008) | Together in His Grace
In his book, "Dance Lessons for Zombies," Peter Hiett tells about the night Philip and Janet Yancey came for dinner.

The dinner was good and so were the kids, but they were stiff, like little zombies. "I knew why," said Peter, "In their minds they were reviewing the list of unspeakable words and untellable stories. They were constantly occupied with what they were not supposed to say. They were living by my law and dying by my law. The law was killing them."

Finally Peter's daughter, Becky got caught up in one of Janet's stories and said, "That's like the time Coleman ..." Then all at once she put her hand over her mouth, her eyes got big, and she said, "Sorry, I'm not supposed to say that."

Janet responded, "Becky is there a list of things you're not supposed to say in front of us?"

"Oh, wow! Becky, tell me everything on the list."

After that, the rest of the evening was filled with laughter and fun and life!

If you feel lifeless and powerless ... you may be an undeclared legalist, dying under the burden of law, looking good on the outside, but dead on the inside. Remember God doesn't want zombies; he is the God of resurrection power. He has put Jesus in you. Unwrap Him and set Him free.

Then, put in a good word for Jesus. He is the only one who can give dead people life. Believe it. The initial faith step is surrender. Stop walking around ... bury the dead person and let Jesus raise up a new person with an unending, exciting, outrageous, and extravagant life worth living.

Now the Lord is the Spirit, and where the Spirit of the Lord is, there is freedom. And we all ... are being transformed into his image with ever–increasing glory, which comes from the Lord, who is the Spirit (2 Corinthians 3:17-18 TNIV).

"The Dance of Life!" by Ron Rose is licensed under a Creative Commons License. Heartlight encourages you to share this material with others in church bulletins, personal emails, and other non-commercial uses. Please see our Usage Guidelines for more information.