Freedom from 'The Fear'

What do you most fear? 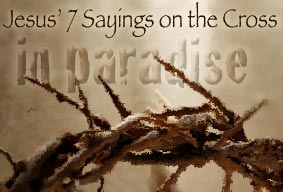 by Phil Ware (07/14/2008) | Two Minute Meditations
What do you most fear? Your answer is probably dependent upon what age you are!

As babies, we feared falling or being abandoned. As children, we feared monsters in the closet or under the bed — most of us can remember pulling up the covers over our heads because we thought we saw the closet door open or heard a strange noise. As teens, we feared not fitting in or being embarrassed by our parents. As young adults, we feared not finding a job. As we grow older, we fear for our kids, our parents, our health, our job, and a host of other things.

For most of us, these fears are not oppressive or dominating, but they lie in the back of our consciousness like a lion waiting in the grass to pounce on its prey. Given the right moment, fear attaches to us.

This should not be surprising. The first negative response people had to God was fear!

But the Lord God called to the man, "Where are you?"

Jesus came to give us freedom, especially freedom from "The Fear" — the power behind all the other lesser fears. Without the hope we have in Jesus, "The Fear" would mock us in the vulnerable moments of our lives. Thankfully, the Holy Spirit tells us that Jesus came to free us from "The Fear":

Since the children have flesh and blood, he too shared in their humanity so that by his death he might destroy him who holds the power of death — that is, the devil — and free those who all their lives were held in slavery by their fear of death (Hebrews 2:14-15).

So how does this fit in with the series on the seven sayings of Jesus on the Cross?

Remember what Jesus said to the repentant thief on a cross next to him?

He's telling this criminal, under the torture of capital punishment, that death would not claim him: Jesus would see him in paradise!

While there has been much discussion about paradise — where it is, what it is like, and how it fits into our death experience and meshes with our hope of heaven — I believe two things with certainty:

This promise is as much for us as it was for the thief!
While this doesn't mean we won't ever have a fearful moment or two in our lives, it does mean we can be sure of our ultimate outcome — we're going to be with Jesus! We have a way to face "The Fear"!

Does this promise really make a difference for Jesus' followers?

When we look at Stephen (Acts 7:54-59) or the apostle Paul (2 Timothy 4:6-8), or many of the martyrs through the centuries, the answer is clear: yes! Yes, the assurance that "today you will be with me in paradise" matters to Jesus' followers!

My father died when I was twenty-five. About eighteen months before his death, he had reached a point when everyone thought he would not survive. I stayed with him after everyone had left. He was weak and had to communicate with a small wax tablet. He was barely able to hold the stylus and make scratchings on the cellophane sheet on the wax. But when I asked him if he was afraid about dying, he scratched out this message: "Dead — not afraid. Dying — yes, a little."

Since that special night with my dad, I've had this same message repeated to me again and again by those who believe in Jesus. God's people are confident that Jesus is waiting for them on the other side of death. Death will not claim them or keep them. However, they did have some concern, even a little fear, about the process of dying. Yet there is this absolute confidence in going to be with Jesus when death occurs.

Jesus faced death and conquered it — not just for himself, but also for all of us who belong to him. We have the assurance that Jesus is waiting to welcome us on the other side of death. (In fact, as we will discuss in a few weeks, Jesus never leaves us or abandons us any step of the way!)

So as you face your battles with "The Fear," remember these assuring words of Jesus: "Today you will be with me in paradise." As we face our own mortality, this promise is for us as much as it was for the thief on the cross.

Does believing Jesus help you as you face the reality of death in your life or the life of someone you love?

Death is described in Scripture as a fear that dominated human beings for generation upon generation. Do you think we fear death today?

I'd love to hear from you on my blog about your thoughts on this matter:

"Freedom from 'The Fear'" by Phil Ware is licensed under a Creative Commons License. Heartlight encourages you to share this material with others in church bulletins, personal emails, and other non-commercial uses. Please see our Usage Guidelines for more information.