What are you going to do? 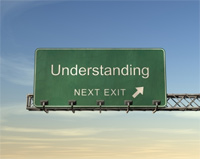 by Ron Rose (07/08/2008) | Leading in Hope
She came in complaining about my sermons always being about forgiveness and grace ... I needed to come down harder on the sinners and in her words, "nail them."

After her rant, I asked, "So, you've got forgiveness and grace all worked out in your own life?"

"Well, Ron, there are some things you can't turn loose of, things that don't deserve grace, or forgiveness. That's just the way it is. I know it's that way in my family."

She leaned over my desk and revealed a heart hardened by resentment and bitterness, "No, forgiveness is not an option. I've been hurt too much."

The grudge was too embedded. And her spiritual life was powerless and trapped in the wilderness. Lack of forgiveness had turned in a critical, spirit of judgment.

She wanted me to make everyone else as miserable as she was ... as long as she was in charge, of course.

A year later she left the church ... looking for harder preaching.

On the other side of her story is Reginald Denny. Remember him?

Years ago, Reginald Denny drove his truck into the riots of South Central Los Angeles and the video cameras captured every detail of two men smashing his truck window with a brick, hauling him from the cab and beating him with a broken bottle and kicking him until the side of his face was caved in.

Then at the trial, in spite of protests from his own lawyers, Denny walked over to the mothers of the two defendants, hugged them and told them he forgave them. The mothers responded with hugs and tears.

How could he do that? One commentator stated, "Well you know, Denny did suffer some brain damage."

Forgiveness doesn't make sense: sometimes it just seems like nothing is more important than hanging on to the grudge ... sometimes "turning loose" is nothing but a slogan. But, then God steps in and a miracle happens ... Turning loose becomes an experience.

God has forgiven ... so what are you going to do?

"Forgiveness?" by Ron Rose is licensed under a Creative Commons License. Heartlight encourages you to share this material with others in church bulletins, personal emails, and other non-commercial uses. Please see our Usage Guidelines for more information.