Free Speech Has a Price

When is free speech not exactly free? 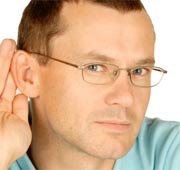 by Rubel Shelly (03/27/2008) | Leading in Hope
The brilliant founders of the American republic set in place the explicit provision for freedom of speech with the First Amendment to the United States Constitution. Against the restrictive laws of England, they were determined to allow free and unfettered public discourse about government, public policy, and the officials in charge of the general welfare.

From that beginning point, we have evolved a shallow concept of free speech that is invoked for the most worthless of causes. Pornography, religious hucksterism, racist literature, homophobic web sites — all appeal to their freedom of speech to malign, exploit, and dehumanize people made in God's image.

Yet the stark and honest truth is that our freedom of speech has been purchased at a very high price. There was not only the blood of early patriots but that of their heirs as well. That is a high price to pay! Those of us still alive to enjoy a gift purchased at so great a cost have payments to make yet.

Civility is not too much to ask of politicians and their supporters during the current presidential campaign. Make your case. Give the reasons why your party or proposal is better. But mud-slinging and "going negative" are the accepted means of campaigning. Better not to win the office than to gain it that way.

Good sportsmanship used to be part of the justification our educational institutions gave for the huge outlay of money necessary to put teams on fields and courts. Sports Illustrated recently commented that the current college basketball season has been "the ugliest season in years" for rude, boorish, and nasty fan behavior. The article cited an incident where a woman attending her grandson's game was reduced to tears when students turned from taunting the player on the floor to chanting "whores" at his family members.

Reason demands better of us. But the restraint of reason seems to vanish pretty quickly after a few beers. In baseball parks, more and more teams are creating sections where alcohol is not served. Those sections will never be very large, however, because of the revenue generated from booze. Obscenities seem to come more easily and frequently from throats lubricated by it.

Respect for basic human dignity is sacrificed when the honorable title "free speech" is pronounced over churlish people who are using their mouths for sexual harassment, racist slurs, or other abusive language.

So long as others of us fail to use our free speech to challenge theirs, we are making the problem worse. Thus my thanks to a coach who takes the floor to say he will pull the team and forfeit a game if the student section or other fans don't stop their over-the-line rowdiness. Hurray for the parent who won't put up with it from her own kid. And three cheers for you at the self-control you model.

Do not let any unwholesome talk come out of your mouths, but only what is helpful for building others up according to their needs, that it may benefit those who listen (Ephesians 4:29 TNIV).

"Free Speech Has a Price" by Rubel Shelly is licensed under a Creative Commons License. Heartlight encourages you to share this material with others in church bulletins, personal emails, and other non-commercial uses. Please see our Usage Guidelines for more information.