How would you feel if you had The Disease? 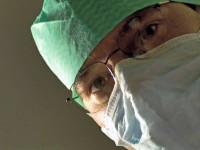 by Tim Archer (08/29/2007) | Hope for Life
It all started with a white spot on the skin. Nothing painful, but certainly worrisome. The law was clear: you had to be checked to see if you had The Disease. So you went and had it checked. The specialist walked in, looked you in the eye, and said, "I'm sorry. You've got it. You'll have to leave." And suddenly your life as you knew it was over. You had to leave your family without even a goodbye, friends find out later that you were gone; you left home, work, everything you knew. You went to live with others who also had The Disease.

The Disease, during Bible times, was leprosy. It was a contagious skin disease that was feared above all else. Modern leprosy isn't the same disease, terrible though it is. The ancient disease was so dreaded that extreme measures were taken to prevent it. Above all, this meant total isolation for those who had fallen ill. No contact at all, especially physical contact.

The teachers of the day connected leprosy with sin. You weren't just sick; you were unclean. You didn't get well; you were cleansed. When you were cleansed from leprosy, there was an elaborate ceremony to show everyone that you were no longer an outcast. But that day rarely came, and if it didn't, you lived the rest of your life cut off from all that you had known and loved. You would NEVER again feel the touch of another "clean" human being.

Jesus came on the scene and began healing all sorts of illnesses. One of the first healing stories told in detail is that of a man with leprosy who came to Jesus. On his knees, the man begged Jesus for healing. Jesus healed him. Not only did He heal the man, according to the gospel writers, He

Jesus reaches out and does more than heal. He touches.
touched him (Mark 1:41). For the first time in such a long time, someone reached out and touched this man. Jesus didn't have to touch the man to heal him. He could have spoken the words from distance. But Jesus knew that this man needed more than just healing ... he needed to be touched.

Jesus still reaches out to those with The Disease. The Disease today, though, isn't leprosy. It's sin. Sin scars ... kills ... isolates. It devastates lives and separates people. Just as He did on that memorable day, Jesus reaches out and does more than heal. He touches. He meets the need beyond the need. He reaches out and touches the untouchable. He wipes away not only the guilt of sin, but also removes the isolation and the hurting it causes. He brings us back from a life of separation.

I spend my life trying to tell people about the Master's touch and what it means. I'd like to tell you about it. If you need to be touched by Jesus, write me at tim@hopeforlife.org.

"The Disease" by Tim Archer is licensed under a Creative Commons License. Heartlight encourages you to share this material with others in church bulletins, personal emails, and other non-commercial uses. Please see our Usage Guidelines for more information.