How often have you pictured Jesus laughing? 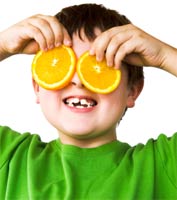 by Russ Lawson (04/15/2007) | Special Features
Have you ever pictured Jesus laughing? Now, I know that you have pictured him in your mind's eye preaching, praying, rebuking sinners — even suffering and dying, but what about him laughing?

If you are like most folks, probably you haven't. Some folks are downright against humor in religion. I have a preacher friend named John. He was preaching in a church in Texas a few years ago. On one occasion, an older lady stopped him and told him, "If you tell one more joke or humorous story from the pulpit, I'm going to get up and leave, religion is serious business." John said, true to her word, she did just that in the middle of one of his lessons. Obviously, she had never thought about a Jesus who laughed.

I look for clean religious humor whenever I can. I enjoy laughing and it helps keep my spirits up in a sometimes very troubled world. Just last week I ran across a group called "The fellowship of Merry Christians" that produces books, cards, and pictures, as well as a monthly newsletter of religious humor and cartoons. One of the things I found on their website is a picture of a laughing Jesus, titled, "Risen Christ by the Sea." There before my eyes was a picture of Jesus laughing, and it hit me, I don't think I ever pictured him that way before.

Yes, I've heard people speak about the cultural humor in some of his parables, but I had just never imagined him laughing out loud because something struck him as being funny. Yet, isn't that one of the most basic things that makes up our humanity?

I've mentioned before that I like a good science fiction movie and I noticed something interesting through the years. In a couple of the movies, the writers decided that a machine or computer could be considered to be a living self-aware being if it could understand and laugh at something humorous to humans. Granted, that is taking liberties just because they are the script writers, but it points out that it is considered important to many people. In fact, our sense of humor is part of what defines who we are. It's hard to be likable, warm or accepting if you can't laugh at the world around you as well as yourself.

I believe that Jesus knew how to laugh and did so! I also believe that he fully expects us to do so also. Notice a couple of Old Testament scriptures with me that emphasize this point.

How happy are you?

Jesus wanted others to share in his loving and laughing heart. Notice some of what he said about this: "I have told you this so that you will be filled with my joy. Yes, your joy will overflow!" (John 15:11). "These things I have spoken to you, that in me you may have peace. In the world you will have many troubling times; but be of good cheer, I have overcome the world." (John 16:33).

How happy are you? I hope you try to emulate Jesus not just in sober piety, but also in his ability to laugh — and laughing should also be seen as a pious act when done appropriately. Someone wrote these words: "I asked God to give me happiness. God said, NO, I give you blessings; happiness is up to you." But God does give us plenty of reasons to rejoice and many examples of laughing. So, don't turn off the humor, God wants to meet you in laughter as well as grief, in joy as well as sorrow, and rejoicing as well as mourning!

"Laughing Jesus?" by Russ Lawson is licensed under a Creative Commons License. Heartlight encourages you to share this material with others in church bulletins, personal emails, and other non-commercial uses. Please see our Usage Guidelines for more information.