No Rest, No Gain

Can you really get more fit by resting? 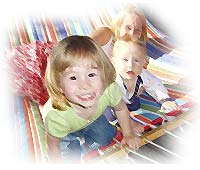 by Paul Faulkner (12/08/2006) | Making Life Work for Your Family
Fitness is all the rage today. Exercise, and now the hot new thing, exercising the core, are keys to fitness. And of course, some carry it too far. They seek to push themselves seven days a week, and their credo is, "No pain, no gain!"

Well, the experts — including Dr. Kenneth Cooper, father of modern aerobics — are now saying it won't work. The new credo for fitness is, "No rest, no gain!" Isn't that interesting?

This is not a new idea, however. The Good Lord said way back in the beginning that we need a day of rest every week. He modeled that by resting himself and setting aside a time to rest on the Sabbath to appreciate what God had done.

The truth of the matter is, our brains and our bodies need time for rest. God put it there in creation, and we honor his creation when we live as he intended.

The apostles returned to Jesus from their ministry tour and told him all they had done and what they had taught. Then Jesus said, "Let's get away from the crowds for a while and rest." There were so many people coming and going that Jesus and his apostles didn't even have time to eat. They left by boat for a quieter spot. (Mark 6:30-32 NLT)

"No Rest, No Gain" by Paul Faulkner is licensed under a Creative Commons License. Heartlight encourages you to share this material with others in church bulletins, personal emails, and other non-commercial uses. Please see our Usage Guidelines for more information.