What god are you seeking? 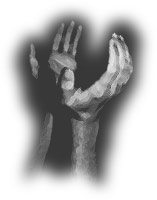 by Paul Faulkner (11/03/2006) | Making Life Work for Your Family
I noticed in the paper a few months back, where some folks were pouring milk over their elephant gods in India. All of a sudden, one of them thought that the stone images were drinking the milk! And the milk disappeared ... but actually the stone was absorbing it, as the scientists found out.

But, in their haste to respond to their stone god, the people in that region of India created shortages of milk! They bought gallons of milk to pour on the gods, trying again and again to get the gods' attention.

I'm so thankful that I have a God who knows me personally, sought me out, and that continues to seek me out. He listens to my prayers and loves me, even when I mess up and do the very things I ought not to do. He still loves me!

What kind of God do you have? Make the rest of today a better day. Seek to know and serve the God who seeks after you.

He is the God who made the world and everything in it. Since he is Lord of heaven and earth, he doesn't live in man-made temples, and human hands can't serve his needs—for he has no needs. He himself gives life and breath to everything, and he satisfies every need there is. From one man he created all the nations throughout the whole earth. He decided beforehand which should rise and fall, and he determined their boundaries.

His purpose in all of this was that the nations should seek after God and perhaps feel their way toward him and find him—though he is not far from any one of us. For in him we live and move and exist. As one of your own poets says, 'We are his offspring.' And since this is true, we shouldn't think of God as an idol designed by craftsmen from gold or silver or stone. God overlooked people's former ignorance about these things, but now he commands everyone everywhere to turn away from idols and turn to him.

"Seeking God" by Paul Faulkner is licensed under a Creative Commons License. Heartlight encourages you to share this material with others in church bulletins, personal emails, and other non-commercial uses. Please see our Usage Guidelines for more information.