How Fragile Is Your Ego?

Can your ego handle the call of Jesus to humility? 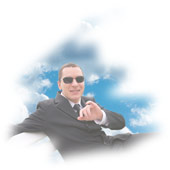 by Russ Lawson (11/02/2006) | Leading in Hope
An ego is a tremendous motivator. At the same time, that ego can also be a horrible problem for us. While it may be a necessary part of who we are, it can sometimes come into direct conflict with who we should be.

Many of us find keeping our feelings of "self-worth" or "importance" in line with the instructions of God very difficult. On the one hand, we are told that we are worth more than anything else in all of creation to God. On the other hand, we are also told to humble ourselves and become servants to others. We seemingly are caught in the middle! I like the following little story that illustrates our struggle with our ego:

As a professor at Texas A & M, I taught during the day and did research at night. I would usually take a break around nine, however, calling up the strategy game Warcraft on the Internet and play with an on-line team.

One night I was paired with a veteran of the game who was a master strategist. With him at the helm, our troops crushed opponent after opponent, and after six games we were undefeated. Suddenly my fearless leader informed me his mom wanted him to go to bed.

Aha! There's that fragile ego getting in the way — that ego that makes leaders and can destroy people. It causes us to excel and causes us to lie for fear someone will think less of us. I am convinced that we could solve a lot of our family problems, church problems, and world problems if we could just learn to say, "I'm sorry, I made a mistake, I was wrong." Yet far too often, our ego will not let us do that. James, likely the brother of Jesus, challenged believers to practice humility in their dealings with others: "Humble yourselves in the sight of the Lord, and he shall lift you up" (James 4:1 KJV).

If we ever want to be lifted up by God, we are going to have to learn the art of humility. Satan longs to get hold of the part of us that refuses to admit weaknesses and mistakes. The apostle Paul, however, strongly taught us to have a humble attitude toward life:

Your attitude should be the same that Christ Jesus had. Though he was God, he did not demand and cling to his rights as God. He made himself nothing; he took the humble position of a slave and appeared in human form. And in human form he obediently humbled himself even further by dying a criminal’s death on a cross. Because of this, God raised him up to the heights of heaven and gave him a name that is above every other name, so that at the name of Jesus every knee will bow, in heaven and on earth and under the earth, and every tongue will confess that Jesus Christ is Lord, to the glory of God the Father (Philippians 2:5-11 NLT).

I'm still working on my humility!
The apostle Peter writes about Jesus, our example:

I don't know about you, but I'm still working on my humility, praying to be genuinely humble, and trying to trust God to work in my life more each day. I hope you are as well!

"How Fragile Is Your Ego?" by Russ Lawson is licensed under a Creative Commons License. Heartlight encourages you to share this material with others in church bulletins, personal emails, and other non-commercial uses. Please see our Usage Guidelines for more information.