What do you know about God? 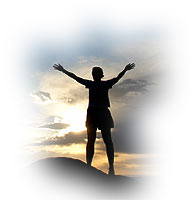 by Tom Norvell (08/20/2006) | Special Features
John shares with us the story of Lazarus dying and being brought back to life (John 11:1-46). In between those two events John shares the remarkable interchange with his disciples and two of his dearest friends, Mary and Martha. Martha has always posed a problem for me in that, on the surface, she appears to be a woman who sometimes seems to work too hard, gets preoccupied with things of lesser importance, and is sometimes too concerned about making sure other people are doing what they are supposed to do. Perhaps I have misjudged her.

For instance, it was Martha who said, "Master, if you'd been here, my brother wouldn't have died. Even now, I know that whatever you ask God he will give you" (John 11:21-22 The Message).

Martha and her sister had sent word that Lazarus was sick, and apparently dying. Instead of rushing to their side, Jesus took His time. He had other plans. When He arrived the sisters rush to be with Him and share their sorrow. He embraces them. He grieves with them. It is during this encounter that Martha says, "Even now, I know that whatever you ask God he will give you."

Not long after that Jesus disregards the warnings of a smelly decaying body by asking for the stone covering the entrance to the tomb to be removed. He calls for Lazarus to come out. Lazarus walks out. Martha knew.

Martha knew He could do something. She knew that if He had been there her brother would have never died. She knew that even now He could make things better. She knew that what she and her sister needed more than anything else was to be with Jesus. She knew that He was the one who could somehow make a horrible situation bearable. She knew.

In the midst of her grief and sorrow and pain and confusion and disappointment and near-hopeless condition she knew that Jesus had the potential to change things.

Do you know that Jesus can still do something?

Do you know that He can still do something with your life?

Do you know that He can make your life worth living?

Martha knew He could do something.
Do you know that He can give you hope when there is none?

Do you know that when there seems to be no reason to hang on He still wants you to hang on?

"She Knew" by Tom Norvell is licensed under a Creative Commons License. Heartlight encourages you to share this material with others in church bulletins, personal emails, and other non-commercial uses. Please see our Usage Guidelines for more information.