We must do more than simply remember what was there! 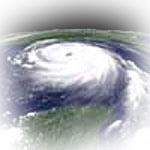 by Mike Cope (09/03/2005) | Leading in Hope
I have so many childhood memories invested in Biloxi. We went there almost every year until Camille crushed it in 1969.

At the time, my mom's doctors told her that what was needed to help psoriasis was lots of sun. Of course, doctors now say that the sun is the one thing skin doesn't need! But we were going with what we were told then.

It was during those years that my mom taught me the delight of raw oysters (a passion I still have), and my dad taught me to ride the waves (which I passed on to my boys).

When we got married in 1978, we drove to Hot Springs (yes, we heard all the jokes) for a couple days, returned to Harding for my graduation ceremonies, and then took off for — of course — Biloxi.

New Orleans has been one of our favorite spots since we started going to Pensacola Beach in 1989. Each year we've built a stop in N.O. into the itinerary. Sometimes we've stopped just for a quick beignet at the Cafe du Monde. But most of the time we've saved enough time for Preservation Hall (home of New Orleans jazz), the Imax, Ralph & Kakoo's, the aquarium, and a stroll along the Mississippi. A couple times we've splurged with dinners at Nola's (one of Emeril's restaurants) or Galatoire's.

I wonder what's happened to all these places.

At Highland and thousands of other churches this Sunday, we'll be taking special contributions. Our prayer is that God will get that money to people in need as quickly as possible!

The disciples determined that according to their ability, each would send relief to the believers ... (Acts 11:29)

"Remembering and Praying" by Mike Cope is licensed under a Creative Commons License. Heartlight encourages you to share this material with others in church bulletins, personal emails, and other non-commercial uses. Please see our Usage Guidelines for more information.

Mike is is intimately involved in New Wineskins magazine and Heartbeat, and his popular blog, Preacher Mike. (Visit the Author's Website)