How content are you in a bad traffic situation? 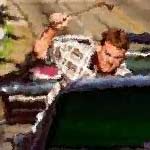 Wednesday was my third day of being "re-retired." I have been busier this week than I was before the change! There has even been a temptation to be "short" with some of the people with whom I have dealings. We all know that circumstances are never an excuse for bad manners, but they do enter in to the mix. On days like these I often am reminded of the Apostle Paul's comment, "For I have learned to be content in whatever circumstances I am." (Philippians 4:11 NASB)

While I remain amazed that he could say that, I am a little comforted that he admits that he "learned" to have that attitude. Perhaps there is still hope for me. Even as someone who is "re-retired," I trust that I will eventually "learn" "to be content in whatever circumstances I am."

Is this passage descriptive of your attitude in life? What a world of relief that would be if it were true! We live in a world which is filled with stress. We are, at times, contributors to that very stress ourselves!

One really big leap in the direction of contentment would be to judge others as we would want to be judged. Have you experienced having a driver change lanes forcing you to swerve or brake? How did you feel? Generally, the honking of the horn expresses clearly our first response. I know it is not a description of you, but some people get so angry that they actually risk an accident in making their displeasure known. In fact, "road rage" is becoming more and more common.

Now let's be honest with ourselves. Have you ever changed lanes and caused someone else to have that same reaction problem that you did when run off the road? Of course you have if you drive often!

So ... did you make your traffic blunder on purpose? Certainly not! In fact, you would give anything to be able to explain to the offended driver that you did not see him or her.

I remember one time actually following a man home to apologize. It was a big mistake! He came out of his car with a tire tool, prepared to fight. I had scared him and he assumed I was following him in anger. Fortunately, I was able to get my apology out before he got to me. Interestingly, the whole thing began because I was late and driving too fast. Just as I was coming up to pass, he changed lanes and forced me to drive on the shoulder. When I apologized, he did also, saying he should not have tried to slow me down by blocking my lane, but "speeders" always made him angry. Two dumb men arrived at a worthwhile confessional!

Sometimes it is worthwhile to take one step at a time!
The whole point is this: IF we truly want to be at peace with circumstances, we must at least begin with denying ourselves the tendency of judging others by standards we would not want applied to our actions. Very few people get out of bed in the morning thinking, "What can I do to irritate someone today?"

While I realize Paul's statement about contentment encompasses a much wider field, sometimes it is worthwhile to take one step at a time and this is a good first step. This is especially true when it's a step Jesus advocates as crucial to being one of God's children!

[Jesus taught his disciples, saying:] "In everything, therefore, treat people the same way you want them to treat you, for this is the Law and the Prophets." (Matthew 7:12)

"Attempting to Find Contentment" by Bill Sherrill is licensed under a Creative Commons License. Heartlight encourages you to share this material with others in church bulletins, personal emails, and other non-commercial uses. Please see our Usage Guidelines for more information.