Searching for A Home

What are you searching for? 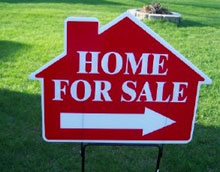 by Tom Norvell (05/18/2004) | Special Features
As I walk and jog through our neighborhood, I have often noticed people who are house shopping. They are easy to spot. It is usually a husband and wife and seldom do they have children in the car. They drive slowly looking at the houses with "For Sale" signs in the front yard. When they find one, they stop and pick up one of the information sheets. They look the sheet over, take another look at the house, and then move on. Sometimes they turn around and come back for another look. Occasionally they will get out of the car and walk up in the driveway (if the house is vacant). I suspect they are not only looking for a house, but they are also dreaming of a home.

When I see these searchers slowly moving through the neighborhood, I am reminded of times when my wife and our family have done the same. Searching the newspapers, driving through neighborhood after neighborhood, looking and wondering if this might be a place we could call home. We found what we were looking for, moved in and made it our home.

Even though we loved each house and tried to make them feel like home, we eventually got the itch for something new. So, we headed out on our quest for a new home. We are happy where we are now, but someday we may get restless and ready for a change. We will repeat the routine. We search for a house that we can make into a home. We have a dream of what it will be like if we can only find that place where we can finally say, "We are home." We are not the first to dream of a home.

The writer of Hebrews described some of similar searchers with these words:

By faith Abraham, when called to go to a place he would later receive as his inheritance, obeyed and went, even though he did not know where he was going. By faith he made his home in the promised land like a stranger in a foreign country; he lived in tents, as did Isaac and Jacob, who were heirs with him of the same promise. For he was looking forward to the city with foundations, whose architect and builder is God. ... All these people were still living by faith when they died. They did not receive the things promised; they only saw them and welcomed them from a distance. And they admitted that they were aliens and strangers on earth. People who say such things show that they are looking for a country of their own. If they had been thinking of the country they had left, they would have had opportunity to return. Instead, they were longing for a better country — a heavenly one. Therefore God is not ashamed to be called their God, for he has prepared a city for them. (Hebrews 11:8-10, 13-16, NIV)

Someday our dream for a home will be realized. We will not find it on earth. We may search for it, but it is not within our grasp. There is a better country waiting for us — a heavenly one. It will be nice to have our dream of a home come true.

"Searching for A Home" by Tom Norvell is licensed under a Creative Commons License. Heartlight encourages you to share this material with others in church bulletins, personal emails, and other non-commercial uses. Please see our Usage Guidelines for more information.