Our churches not living on mission to make a perceivable difference in the lives of the disenfranchised and broken, like Jesus did, is disillusioning to young adults seeking to live for Jesus. 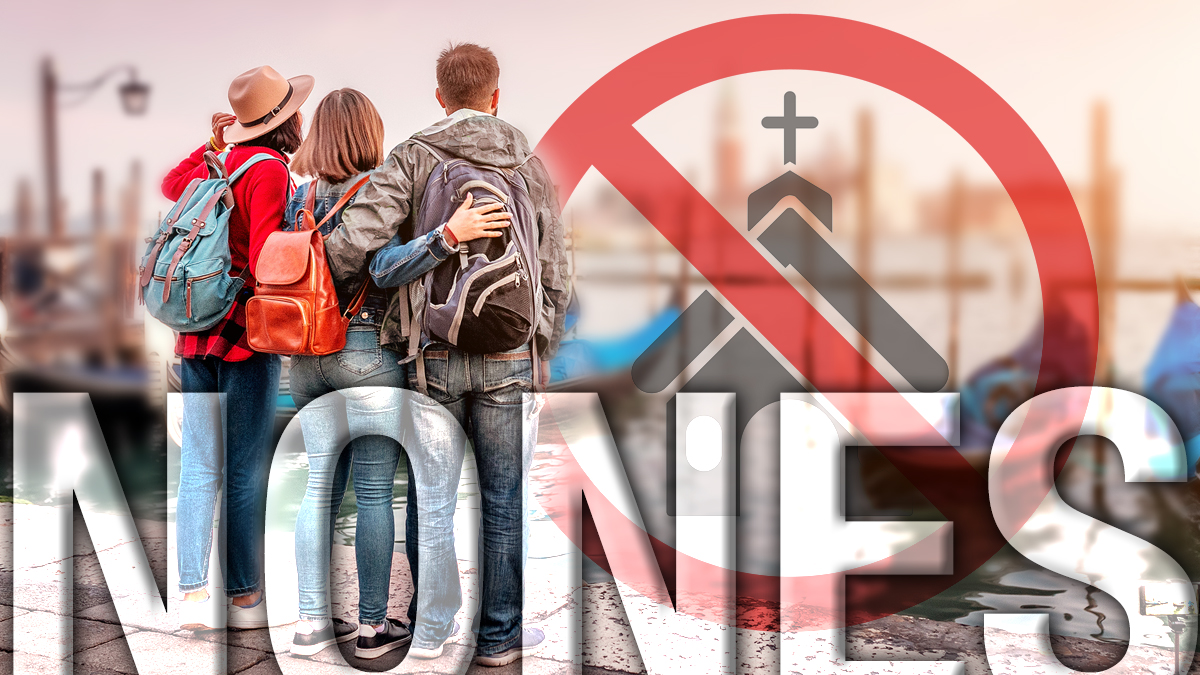 Years ago, as a young preacher who looked even younger than I was, I encountered some significant obstacles. One sweet lady, whom I now call one of my heroes, told me she couldn't even look at me the first three years I preached for her congregation:

"I just couldn't take seriously the words of a preacher who looked so young. So, I looked away, pretended you were older, took notes, and was blessed."

I soon learned to disarm listeners' reticence over my youth with humor. I would tell the story of a young preacher who went to guest preach at a nearby congregation. When he finished preaching, he walked to the back of the sanctuary and greeted people as they exited. A ten-year-old boy approached him and said:

"That's the worst sermon I've heard in my life.!"

Then the young boy quickly walked away.

"Don't pay attention to Timmie; he only repeats what he hears from his parents."

People would laugh a little as the joke took the edge of the elephant in the room, the kid-looking preacher who stood before them.

As I've read through the book of Numbers recently, several chapters with a recurring theme of complaining cross-pollinated with my reading about Jesus' rebuke of his disciples for refusing to little children come to him.

I have spent most of the last decade speaking in congregations across the United States. Most of them have been shrinking dramatically in weekly attendance for years. Their demographics were decidedly tilted toward the AARP generation. (Please take time to fill out the linked form and get a free detailed and scientifically based report on these demographics from one specific Christian group that is reflective of many religious traditions in the States.) Now that I am one of those AARP folks, these older church folks felt more open to asking me interesting questions.

The more informed want to know how they could stop the trend of growing "Nones" — people who didn't identify with any religion — from among their younger generations. "How do we keep our Gen X-ers, Y's, and Z's in the church?" some have asked. Others would just shake their heads and say, "I can't understand why we don't have any young adults in our congregation. What do we do?"

Invariably, their suggested solutions are more gimmicks than solutions:

"We need to get a young preacher, change our music style or presentation, or maybe go more casual with our Sunday dress. At least, that is what some have suggested. How do you feel about those solutions?"

Of course, I knew many of them were uncomfortable with some if not all of those ideas. I also knew they were missing the real point. They wanted a quick gimmick to get them back on track. Over these same years, I've tried listening to a lot of these younger adults and looking at more detailed studies. Plus, much of our online audience of over 300,000 per day with VerseoftheDay.com are not regularly in church buildings and I've tried to listen to them. In addition, I've asked believers not attending a traditional Sunday morning church service some questions about all of this.

Here are two inputs I have repeatedly been told when talking with some of our younger, former church folks, who have left, never to return. The two biggest reasons many of them gave were surprising nearly everywhere I have shared them:

They could see through the gimmicky nature of quick-fix solutions — like hiring a young preacher or talking "hip" (which, BTW, is an old-timer's term) with the younger folks. They were disgusted with all the complaining, gossiping, hater-speak, and mean-spirited conversation they saw online or overheard in the parking lot from people they once admired. Many young adults left their church because they didn't see it as a group of people wanting to make a difference for Jesus in the world or in the lives of the people who went to church.

Jesus' warning to his apostles about keeping children from him should send chills down our spines. Our harsh talk about outsiders and lack of living on mission are doing just that to our emerging generations. Hear Jesus' words again:

Jesus' warning to his apostles should send chills down our spines!

But Jesus called the children to him and said, "Let the little children come to me, and do not hinder them, for the kingdom of God belongs to such as these" (Luke 18:16).

As I read through Numbers, I was prepared for the whining, moaning, and wanting to return to Egypt from the folks who had left Egypt. I remembered them from my previous times reading Numbers. However, I had not remembered the same kind of complaining from the Israelites on the plains of Moab as they neared the Promised Land. At this point, nearly every person who had been alive in Egypt was now dead. So, when these Israelites complained and wanted to go back to Egypt, very very few had lived in Egypt. They were just repeating what they had heard from their parents!

If you are a younger disciple of Jesus and discouraged about church stuff for these reasons, I apologize with a broken heart. I understand. But don't give up. Pursue Jesus despite what you have seen and heard. Focus on the Christ. I understand rejecting the trappings of church, but please don't give up on the Jesus of the gospels that Jesus called his church to be in our broken world.

If you are not younger, let's repent. That doesn't just mean feeling guilty or sorry. Repentance means leveraging our godly sorrow to change our behaviors, structures, priorities, and mission focus. Not only do we repent, but we also challenge folks when they're misbehaving and running down other people — after all, those people are brothers and sisters for whom Christ died, or they are neighbors we are to lead to Jesus. People need to see our hope in Jesus as we treat others with gentleness and respect (1 Peter 3:15-16).

To have a coming generation of faith in the Western church, we've must become JesuShaped. We live our lives on mission. We invest our hearts emotionally and serve with our hands. We choose to display the righteous character, gracious compassion, and faithful justice of Jesus as we realize we are the incarnation of Jesus to our world!

Some children, regardless of age, do just repeat what they've heard from their parents. Others, however, leave because they don't see Jesus in any of the "churchiness" and want no part of it. Somewhere along the way, we must choose to reawaken to the words of the resurrected Jesus:

Again Jesus said, "Peace be with you! As the Father has sent me, I am sending you." And with that, he breathed on them and said, "Receive the Holy Spirit"

Jesus sent us into the world as his bodily presence. We commit to this mission as his church every time we take the Lord's Supper (1 Corinthians 10:16-17). Our hearts and actions must be JesuShaped and Spirit-empowered. Anything less, and we are just playing church-in-the-box and driving away our future generations.

"More Than..." by Phil Ware is licensed under a Creative Commons License. Heartlight encourages you to share this material with others in church bulletins, personal emails, and other non-commercial uses. Please see our Usage Guidelines for more information.