Find someone you can talk to. Don't wait any longer. Get the conversation started!

50% Off Verse of the Day Image Prints 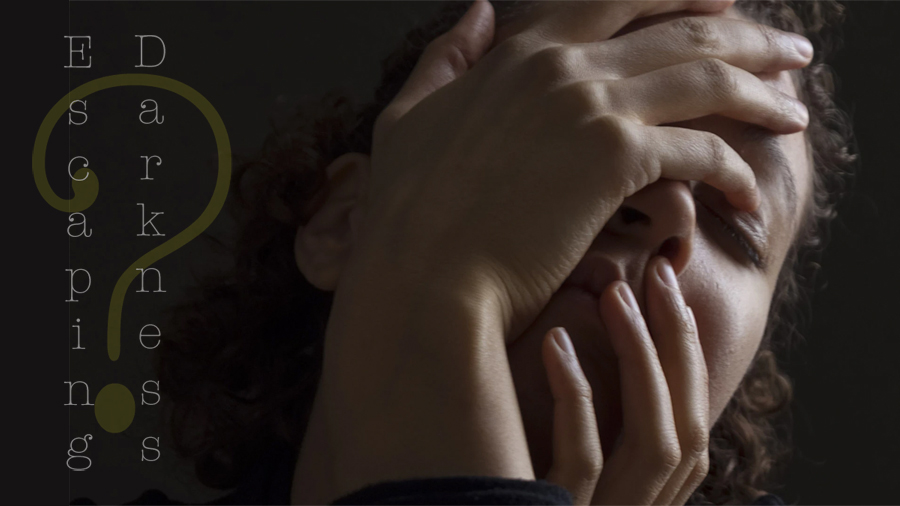 I am 64 years old, and I have never talked about this before to anyone except my family, and even they don't know everything about what I am about to tell you.

When I was a little girl, about 10 years old, I had my first panic attack. It would be decades before I knew that what was happening had a name. At the time, I just thought I was dying.

I was in church, and it felt something was crawling up the back of my neck, only there was nothing there. Then I experienced shortness of breath and a strange out of body experience. It felt like I was watching what was happening to me. The experience left me feeling shaken and drained. I didn't tell my mother because I didn't have the words to describe it. All I said was, "I don't feel well."

During these growing up years, my panic attacks happened a lot at night. I would end up in my mother's bed, I was shaking and my heart pounding, too scared to sleep alone.

These attacks happened again a few more times during my high school years. Each time it felt like they were worse. I knew I was experiencing depression along with the panic attacks, but I still didn't talk about it. I attended a very small high school, and I already felt out of place. I was taller than almost everyone, and even though my parents weren't wealthy by a long shot, most kids thought we were. They whispered about me, and of course, it got back to me. Except for my small circle of friends, most people thought I was "stuck up." Little did they know I was quiet because I was extremely insecure and painfully shy. Their words hurt.

At a time when I desperately wanted to be as popular as my cheerleader friends, I felt like a space alien; tall, goofy and never knowing the right thing to say. While my verbal skills were lacking, I loved the written word. I might not have been confident when talking to people, but I was comfortable reading and writing. I loved Rod McKuen and read Kahil Gibran's The Prophet many, many times. I wrote poetry and short stories. It was the beginning of a lifelong love affair with words.

Over the years, I developed a fear of heights and bridges, and both became triggers for the nightmare feeling that came over me and took control. Somehow I managed to cope, get married, raise a family, and still, no one knew about my fears and anxiety attacks except my husband. Once we were on a trip, we came to a bridge high above the water. I happened to be driving. When I saw the bridge and realized that it would probably bring on a panic attack, I whipped the car over a couple of lanes (even though cars were swarming around me), jumped out, and told my husband he had to drive. We were lucky I didn't kill us both with that last-minute decision.

I lost both my parents within 5 years. My mother died in 1990 of cancer, and in 1995 my dad had a fatal heart attack. I became the main caregiver for my elderly grandmother and stayed busy raising our 5 children. There were lots of happy days and good times but always in the background of those golden moments was a big black cloud of depression and anxiety that followed me around, just waiting to dump buckets of rain on my head.

Strangely enough, it wasn't my parent's deaths that sent me running for help. It was something else. One day I began to think about my family history.

I knew my mother suffered from severe depression, but it wasn't talked about in my family. She took medication that she called her "happy pills." Even then, she was far from happy most of the time. Her father, my grandfather, suffered from it, too.

Again, no one ever talked about it, and to my knowledge, he didn't take medicine for it, but I knew. Not when he was alive, but later looking back, I could clearly see that after his heart attack, when he was too weak to do much of anything but sit around and smoke cigarettes, his bitterness and sadness were symptoms of a much bigger problem.

As for me, our children were growing up and leaving home, then when it came time for our only daughter to go to college, something inside me cracked. It was the shell that I had built around my heart to keep me going. I wanted to be happy about her leaving, but I wasn't. I put on a good show. I took her shopping, helped her get ready for college, and dropped her off without letting her know that I was crumbling inside.

I wanted her to go, I really did, but the depression and sadness threatened to suck me down into a deep, dark hole. One day I went to the grocery and saw Mountain Dew's display (her favorite drink), and I had to get my purse, leave my cart, and go.

I tried to understand what was happening to me and realized it felt like another female figure I loved, and adored was leaving me. That doesn't make sense, I'd say to myself. Momma died. My daughter is just going to college. But it didn't matter. There was a hole in my life that I couldn't fill. I was careful not to let her know because I wanted her to be happy even if I couldn't be. It would be many years before I told her about what happened when she went away to college.

The depression and sadness threatened to suck me down into a deep, dark hole.
Why Now?

When the depression squashed me like a 200-pound boulder on my shoulders, I finally talked to a doctor. He listened and gave me a mild anti-depressant. It took two or three tries before something worked, but it finally did. The panic attacks have lessened too. About the only time that I have them now is if I have to fly. I talked to my doctor about that, and before I get on a plane, I take a pill. Still, I'm not too fond of flying... but I can do it. 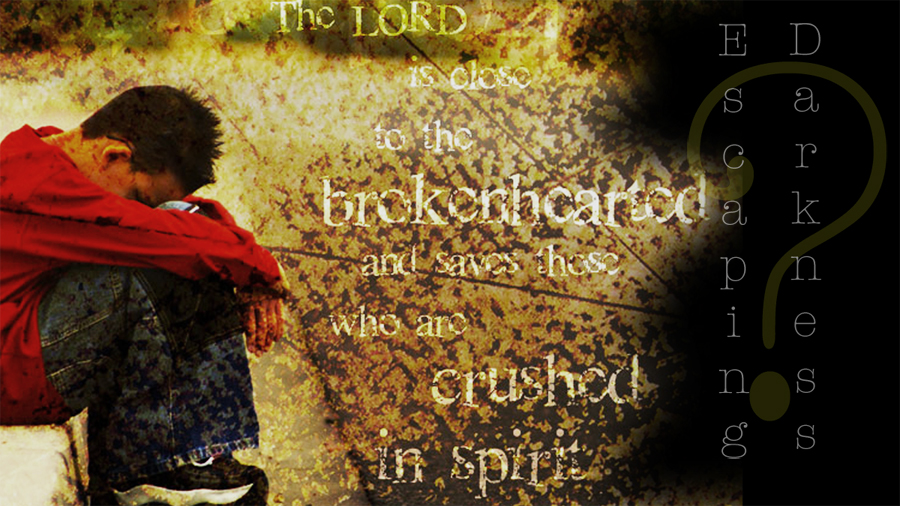 Today we are much more accepting of people with depression, anxiety, and panic attacks. Back in the day, however, not so much! My grandfather never talked about his emotions or feelings, but I figured out that he was severely depressed by going through my memories and sorting through them like laundry. His stack of dark clothes (thoughts and actions) was much, much bigger than his whites (happy thoughts). My mother and I were extremely close in her later years, and I saw her depression and even went with her to the doctor a couple of times. But again, we never talked about it. That's just the way it was.

I'm not a doctor, but I believe that depression and anxiety can be in our genetic makeup. I want my children and grandchildren to know that it is okay to talk about our feelings, and if you feel sad constantly... that's not normal. You need to talk to someone and get help.

I also believe that everyone reacts differently to trauma and stress. My panic attacks started when I was a child, and my parents were fighting... a lot. I remember every fight. Every harsh word that I heard. I think I internalized it because I didn't know what else to do. Eventually, it came out as anxiety attacks.

We all have problems and things we deal with that we don't talk about. It's just too hard, too painful. But, I hope you will see that it's okay to reach out for help by sharing my story. I wish I hadn't waited until my daughter went to college to ask my doctor for help. I might have been a better mother, sister, and friend if I hadn't let my pride keep me from admitting something was wrong.

I also have to add that I know without a doubt that God was with me during everything I have ever struggled with. There were times I walked away from Him, but He never walked away from me. As my faith has strengthened over the years, I have felt his presence and talked to Him about everything. My faith has grown as I have gotten older, and my emotions have become more stable.

Thanks for listening, friends. I hope by sharing, I can help someone else whose family never talked about feelings and emotions. Find someone you can talk to. Don't wait any longer. Get the conversation started!

Share each other's burdens, and in this way obey the law of Christ (Galatians 6:2 NLT). 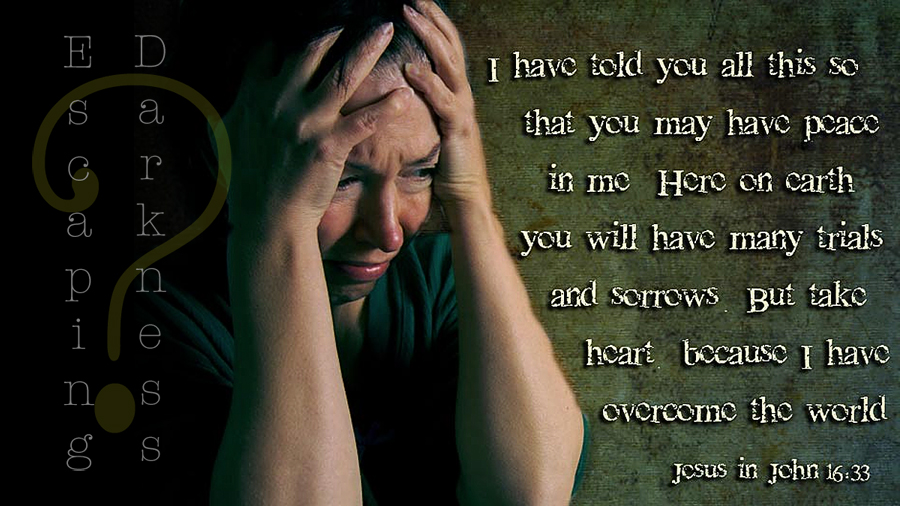 "Escaping the Dark, Lonely, Hole of Depression" by Teresa Bell Kindred is licensed under a Creative Commons License. Heartlight encourages you to share this material with others in church bulletins, personal emails, and other non-commercial uses. Please see our Usage Guidelines for more information.