Does It Really Make a Difference?

They acted on their faith. Crime went down 45% in 18 months. 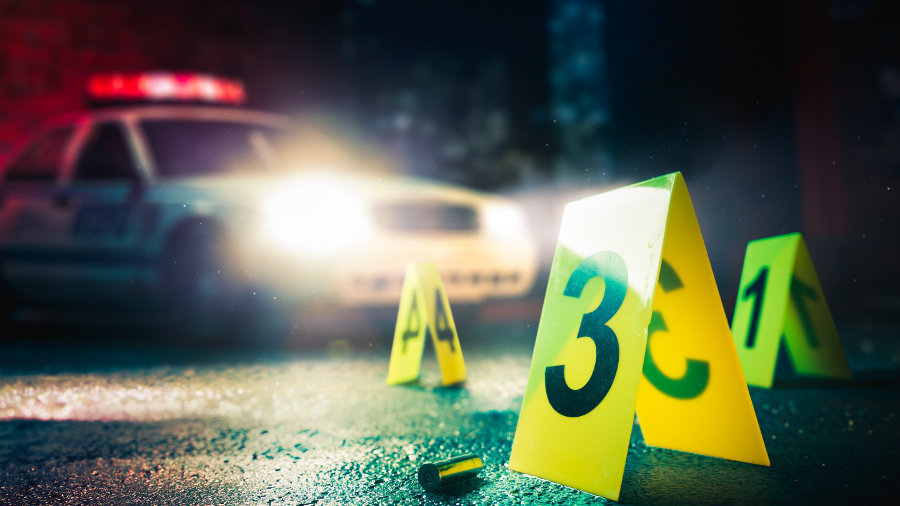 How do I know I was wrong? A small group of people in my city decided to give it a try. God ALWAYS rewards acts of faith, right? Isn't that what Hebrews 11, our "Faith Hall of Fame" is showing us?

They acted on their faith. Crime went down 45% in 18 months. That’s when the local police chief found out what we did. He had been in his position for over 20 years. The previous 14 years had seen a constant rise in crime. Over 40 gangs now infested our area, pulling kids toward a life of crime and violence. We needed to do SOMETHING, but nobody knew what.

Necessity can be the mother of invention, right? So about 80 people performed an act of faith around a city of 80,000. And, EVERYTHING changed.

The police chief was SO impressed that after hearing what this group did, he provided eight address areas, each about the size of a city block. These areas were having constant calls to the police department for violence, especially gang violence, requiring daily police visits. He asked that this same group do the same act of faith around those areas. 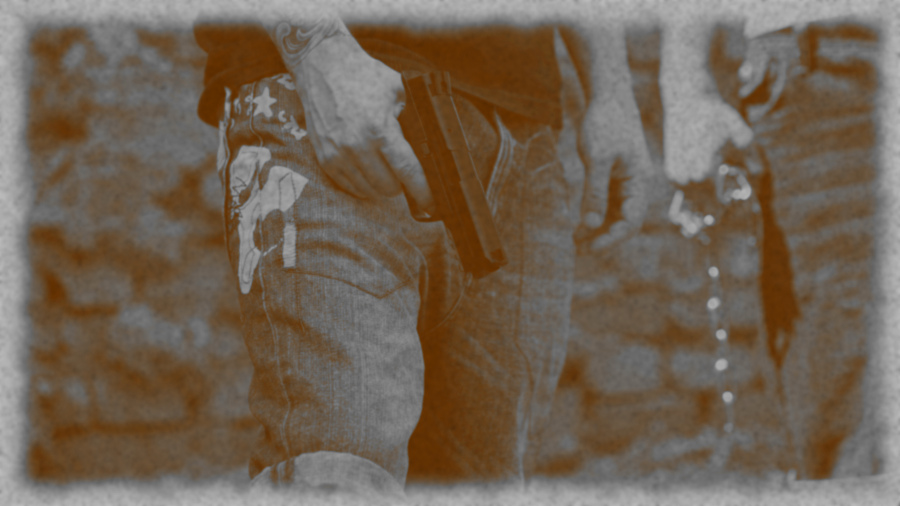 Did it help? Yep. Big time.

The report came after the first 90 days had passed that there had not been a SINGLE violent crime in ANY of the eight city blocks. Zero. Zip. Nada. Nothing. Impressive, huh?!

We also staked out the jail. Twelve months later the jail population had dropped from about 950 to about 550. Yes, God’s Word IS still powerful.

OK, let me give you some background about how this germ of an idea began, and explain what we did.

I am a Christian author. I have now written four books and spoken in over two hundred fifty cities in twenty states and three countries. I didn’t set out to be an author. I know that sounds strange, but it’s the truth. God caused a series of events in my life that led me from a business owner of a successful technology company with a comfortable salary to become a Christian author and speaker with NO regular paycheck. I’ve never been happier. I believe I’m right where God wants me to be. There is no feeling quite like that feeling. 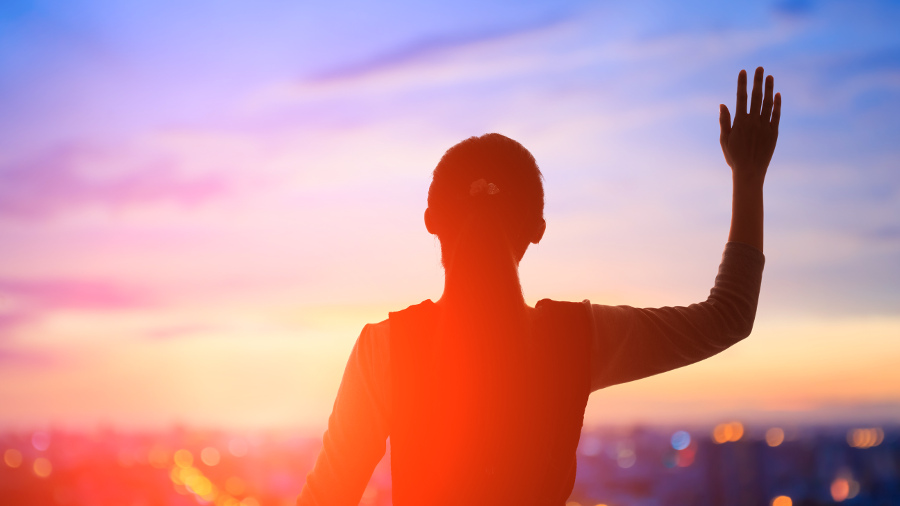 Here is what led to this dramatic drop in crime.

I was contacted through a mutual friend by a NON-Christian who was planning to commit suicide. He was claiming he had DEMONS on his property.

I thought demons were only around in the first century. Maybe not.

Regardless, this non-Christian man was asking this Christian friend for help. His situation was certainly desperate. Maybe this guy was crazy? Maybe he was bipolar? Maybe he was hallucinating? Each of these conditions should arouse our empathy and call us to reach out to help. In this case, however, no matter what the instigating and underlying issue was, we needed to act quickly. He was planning his suicide, and other interventions had not helped. We needed to act immediately.

I prayed for help to know what to do. Deuteronomy 6 entered my mind: “Write [my commands] on the doorframes of your houses and on your gates.” (Deuteronomy 6:). God's faithful Jewish people obeyed God's command, LITERALLY! Many still put a mezuzah on their doorposts, today, in response to this command. Please, please, realize: a mezuzah is NOT a magic box; it’s a symbol of a faithful Israelite's covenant connection with God and commitment to God.

I shared my heart and the following words with this desperate man:

We put tent stakes with Bible verses at all thirty entrances into the city. We read the Scriptures, prayed, and God changed things.
Please don’t kill yourself yet. Let’s put Scripture verses on tent stakes and put them in the ground at the corners of your property, then wait to see what God does.

We did. I prayed. God changed everything.

The man’s fear, depression, and suicidal thoughts vanished. Soon, he quickly wanted to become a Christian. (Quite a shock, since our mutual friend had been trying to reach him for over 25 years.)

Others heard about this man's change. Soon, I found myself talked into selling stakes. I sold WAY more stakes than books. People started calling me every day telling me wonderful stories of great things happening in their lives after exercising this simple act of faith. (Many made stakes, themselves — remember, it’s the act of faith, the prayer, the reading of Scripture, and personal commitment to trust God that’s crucial.) Then a plastics manufacturer called offering to spend $10,000.00 of his own money to build a mold with internal engraving making the sixteen verse references as part of the plastic stake. 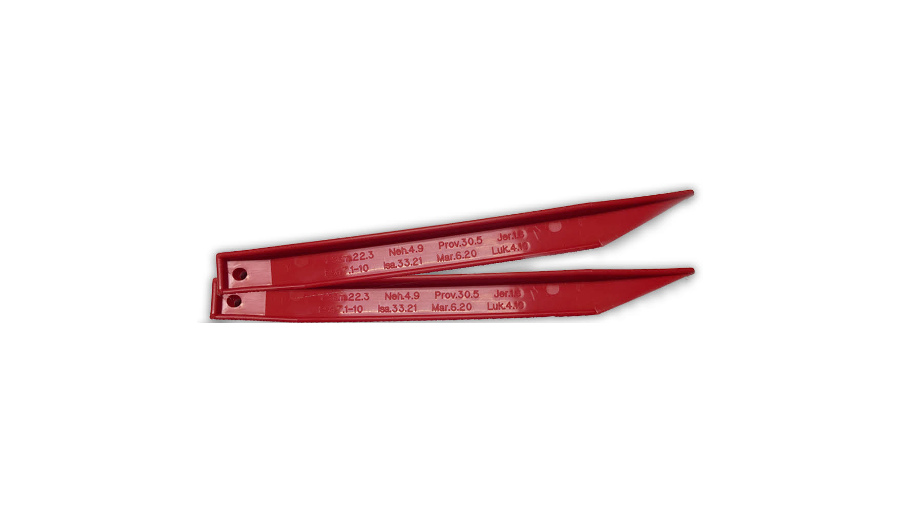 That’s what we did around our city. We put tent stakes with Bible verses at all thirty entrances into the city. We read the Scriptures, prayed, and God changed things. The power wasn’t in a magic stake; it was in the act of faith. FAITH is the key.

If you pray, saying, “Prayer won’t help,” then it won’t. But, if you pray in faith, it does. Jesus didn’t do many miracles where there was no faith. God responds and rewards acts of faith. Just ask the woman with the issue of blood for twelve years (Mark 5:24-34). I can guarantee you she was ALREADY praying. All-The-Time! But until she ACTED on her faith by touching the hem of Jesus’s coat, NOTHING happened. And there was NO direct command, apostolic example, or necessary inference that it would work. But her faith and Jesus’ love did work.

Do YOU have the faith to try this in YOUR city? Did you know the word for cross in the Greek is the same word as stake? Symbols are powerful. The power of symbols is why the enemies of Christianity want the Ten Commandments removed. These commandments are supposed to be a symbol of people honoring God’s power and authority on the land. Earthly and spirit-world enemies of God can’t STAND symbols of allegiance to God.

If you are willing to step off in faith, then try this in YOUR town. Don't do it playing around, but as an act of faith with a commitment to obey God's teaching and a loyalty to honor him. Pray, then watch what God does. He’s not the great “I Used to Could” God; He’s the great and living God, the “I AM” who is still at work in the world! 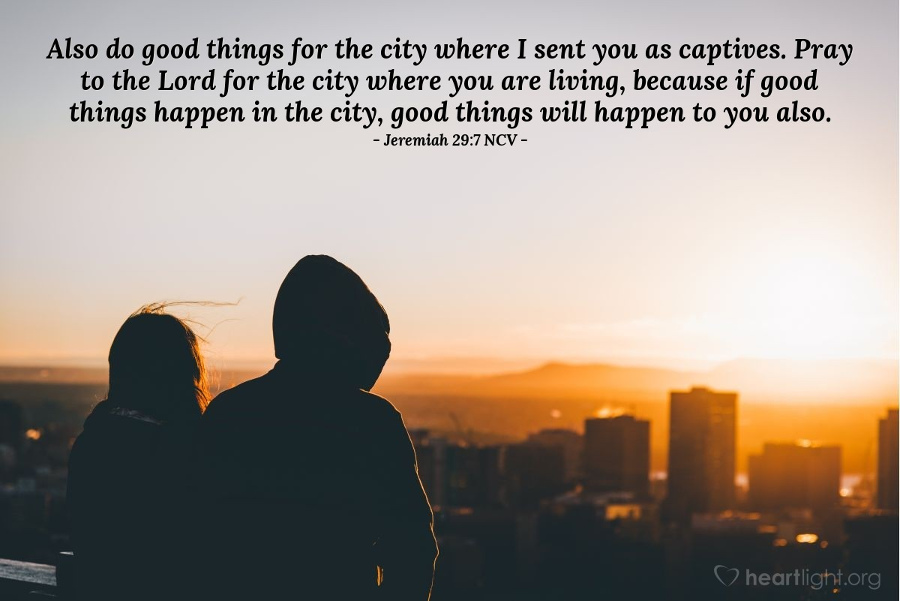 "Does It Really Make a Difference?" by Steve Hemphill is licensed under a Creative Commons License. Heartlight encourages you to share this material with others in church bulletins, personal emails, and other non-commercial uses. Please see our Usage Guidelines for more information.

Steve Hemphill is an inspirational Christian author and speaker who challenges people to believe what God says about heaven and the power that He longs to give them to defeat the evil one through faith, prayer, and trust in God's Word. Steve's books include: My Search for the Real Heaven; My Search for Prayers Satan Hates; and, What Are The Stakes? (God Markers On the Land). (Visit the Author's Website)