What Happens When You Die?

What Jesus' resurrection guarantees about our own. 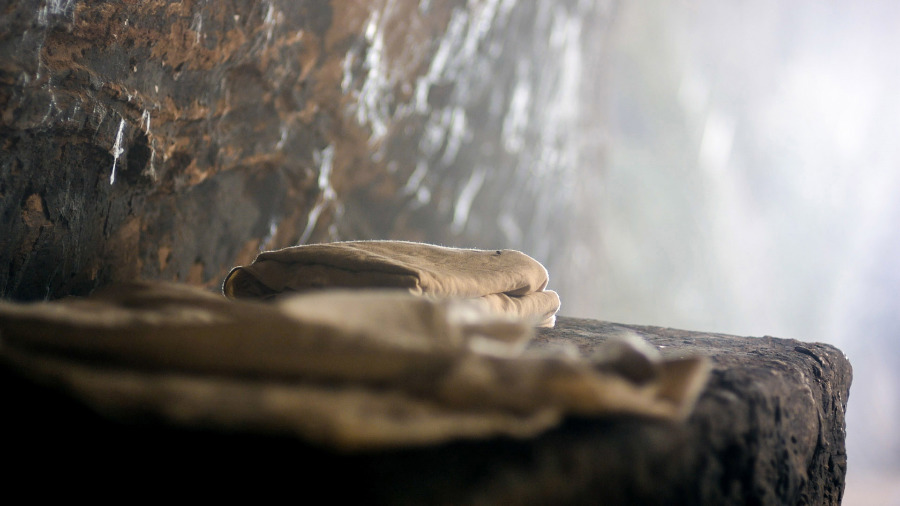 by Max Lucado (04/15/2017) | Kingdom Leadership
Special Note:
In the pause and "Silence of Saturday" — the day of remembering the death of our Savior and the day anticipating of his resurrection — let's remember what was at stake in the tomb with Jesus: our future, our hope, and our salvation. Resurrection Sunday changed everything. Jesus' resurrection means ours. Jesus' resurrected body guarantees our own. Our mortality will be caught up in his immortality. Death has lost its sting and we have gained our future.

Several years ago I received an urgent call to visit a dying man in the hospital. I didn't know Peter well, but well enough to know that he was paying a high price for his hard living. Years of drugs and alcohol had pilfered his system. Though he'd made peace with God through Christ, his liver was at conflict with his body.

When his ex-wife phoned, she was standing at his bedside. Peter, she explained, was knocking at death's door. Though I hurried, he entered it seconds before I arrived. The hospital room atmosphere had a... just happened... feel to it. The ex-wife was still standing by the bed. His hair was stroked back from her touch. The imprint of a lipstick kiss was just below the knuckles on his left hand. Perspiration beads sparkled on his forehead.

She saw me enter and looked up. With her eyes and words, she explained, "He just left."

He silently slipped out. Exited. Departed. He passed, not away, but on. Yet on to where? And in what form? To what place? In what manner? And, once there, what did he see? Know or do? We so desire to know. Who in your life "just left?" When the breathing of your husband ceased, the beating heart in your womb stopped, when the beep of your grandmother's monitor became a flat-lined tone, what happened in that final moment?

And, what will happen to you in yours? Barring the return of Christ, you will have one... last gasp, a final pulse. Your lungs will empty and blood will still. Since the moment is inevitable, should we not prepare for it?

When asked the question, "What will we be after we die?" The human race has conjured up four answers:

According to some folks, we bury the soul when we bury the body like a wrapping with a hot dog, never expecting to see either again. Other people propose that the spirit abandons the body as a butterfly escapes the cocoon. Christianity, on the other hand, posits a new startling, surprising idea. What you had before death, you'll have after death, only better, much, much better. You will go to paradise: heaven, but not home. Then, upon the return of Christ, you will receive a spiritual body and inhabit a restored universe. That is the promise of God. This promise hinges on the resurrection of Christ. The Christian hope depends entirely upon the assumption that Jesus Christ died a physical death, vacated an actual grave and ascended into heaven where he, at this moment, reigns as head of the church.

The Easter miracle, in other words, changed everything. 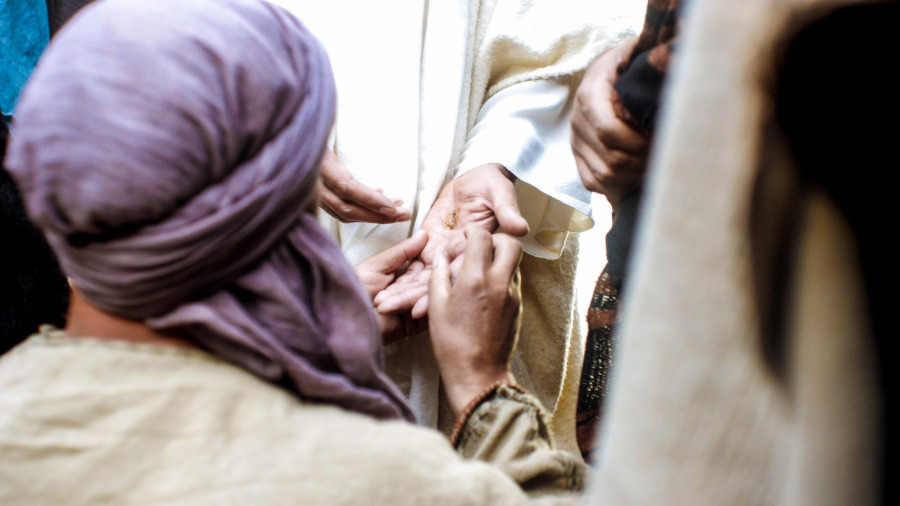 It was Sunday morning after the Friday execution. The sky was dark. The disciples had scattered. And the Roman executioner was wondering about breakfast, or work, or his next day off. But he was not wondering about the fellow he had nailed to a cross and pierced with a spear. Jesus was dead and buried. Yesterday's news, right?

There was a violent earthquake, for an angel of the Lord came down from heaven and, going to the tomb, rolled back the stone and sat on it. His appearance was like lightning, and his clothes were white as snow. The guards were so afraid of him that they shook and became like dead men.

The angel said to the women, "Do not be afraid, for I know that you are looking for Jesus, who was crucified. He is not here; he has risen, just as he said. Come and see the place where he lay"

Had such words never been spoken, had the body of Jesus decayed into dust within the borrowed tomb, you would not be reading this essay, and we would not be discussing this promise. But the words were spoken, and the promise was made more than once. 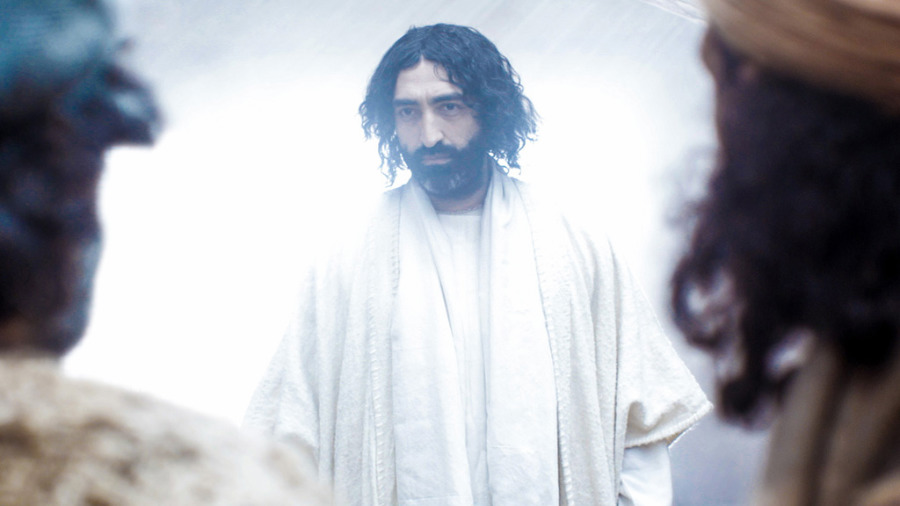 Jesus appeared to the women near the tomb and to the followers in the Upper Room. He appeared to the disciples on the road to Emmaus and his friends on the shore of Galilee. He spoke with them. He ate with them. They touched his body; they heard his words. They were convinced that Jesus was risen from the dead.

And they drew this conclusion. His resurrection is the proof and promise of ours. What God did for him, he will do with us. When he rose from the dead, Jesus was the "first fruits" (1 Corinthians 15:20,23). "First fruits" is the first taste of the harvest. The farmer can anticipate the nature of the crop by sampling the first of the crop. We can anticipate our own resurrection by trusting the empty tomb of Christ.

Here is what is going to happen to you.

Upon death, your spirit will immediately enter into the presence of God. You will enjoy conscious fellowship with the Father and with those who have gone before. We believe this to be true because of verses like this from the Apostle Paul:

If I am to go on living in the body, this will mean fruitful labor for me. Yet what shall I choose? I do not know! I am torn between the two: I desire to depart and be with Christ, which is better by far (Philippians 1:21-23).

Paul believed that his last breath on earth would be followed by his first glimpse of Christ in paradise. The same is true for you. Say goodbye to loved ones. Say hello to God. You will then enjoy fellowship with God and loved ones until the day when Christ returns.

[Jesus said,] 'Very truly I tell you, a time is coming and has now come when the dead will hear the voice of the Son of God and those who hear will live. ... Do not be amazed at this, for a time is coming when all who are in their graves will hear his voice and come out — those who have done what is good will rise to live..." (John 5:25, 28—29).

He who created us will collect us:

The Lord, who scattered his people, will gather them together (Jeremiah 31:10 ).

I've stood in cemeteries and attempted to imagine this moment. The road on which Denalyn and I take our walks is marked by a small, country cemetery. The headstones are faded beyond recognition. No dirt has been turned for a century. The few discernible names share a common last name. I assume that a family is buried there. It seems to be just one of the millions of burial spots around the planet. Yet, if these words are true, it will someday witness a miracle beyond words. The same God who shook the soil of Jerusalem will shake the soil of this simple cemetery. The grass will be pushed back from within. The caskets will open and the bodies of these forgotten farmers will be called into the sky.

Spirits will be reunited with bodies, glorified bodies.

The resurrected Jesus is our example. His resurrection body bore a semblance to the crucified one, but only a semblance. Jesus' disciples, who lived with him for three years, didn't recognize him at first. Mary Magdalene (John 20:11-18), the Emmaus disciples (Luke 24:13-35), and the twelve (John 21:1-7) saw Jesus but didn't see him as Jesus. He did familiar physical things such as walking and eating. He did things he had done but appeared in a different form.

Were I to look at photos of you as an infant, I would experience the same phenomena. Perhaps, upon study, I would spot a common trait: the shape of your mouth or angle of your eyes. But finding common traits would require focus. You've changed!

But not nearly as much as you will; your new body will be so much better:

Let this hope for tomorrow bring strength to today. Some of you indwell such road-weary bodies — knees ache, eyes dim, skin sags. Others of you exited the womb on an uphill ride. While I have no easy answers for your struggle, I invite... no, I implore you to stand with me on the promise of Paul.

So we're not giving up. How could we! Even though on the outside it often looks like things are falling apart on us, on the inside, where God is making new life, not a day goes by without his unfolding grace. These hard times are small potatoes compared to the coming good times, the lavish celebration prepared for us. There's far more here than meets the eye. The things we see now are here today, gone tomorrow. But the things we can't see now will last forever (2 Corinthians 4:16-18 Message). 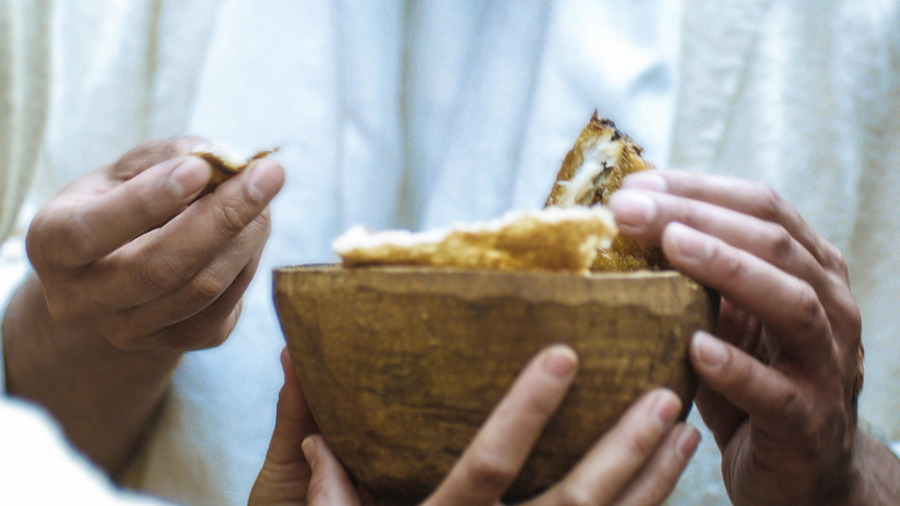 "What Happens When You Die?" by Max Lucado is licensed under a Creative Commons License. Heartlight encourages you to share this material with others in church bulletins, personal emails, and other non-commercial uses. Please see our Usage Guidelines for more information.